As the facts surrounding Trayvon Martin's death continue to emerge, one truth compels us to watch the investigation -- riveted: yet another Black child has been shot to death, and yet another set of grieving parents are left wondering if their boy would still be breathing were it not for his race. While the events of February 26 in Sanford, Florida increasingly suggest that the shooter was a rogue wannabe police officer whose actions caused Martin's death, we would do this young man, his parents, and America a disservice if we reduce discussion of his death to the motives of his killer. Although it is tempting to fixate on the spectacle of George Zimmerman's outrageous behavior and potentially racist intentions, the science of race and violence suggests that using race as a proxy for suspicion is not the exception, but the rule.

This results from what we refer to as the "cascade of suspicion," the waves of psychological errors that can warp the perceptions of otherwise reasonable individuals. For instance, in a series of psychological studies, Jennifer Eberhardt, colleagues and I found that merely thinking about crime causes individuals to attend to Black male faces and ignore White ones -- a kind of subconscious racial profiling. Similarly, race can also literally shape what we see when looking at Black men, with research by other researchers demonstrating that both civilians and law enforcement are more likely to "see" weapons in the hands of unarmed Black men than unarmed White men.

In my own recent research, these same biases can cause even otherwise gentle individuals to literally perceive Black children as less than human -- mentally associating them with apes and seeing them as far older than they actually are. Importantly, in each of these bodies of research literature, a bigoted heart is not required to "see" suspicion in Black faces. Just as importantly, these psychological processes affect the vast majority of individuals -- and not just "those people" outside of our social circles. That is, many of us with genuinely non-racist hearts still make these mistakes. Our minds are colored by race -- and there is no running from it. Without knowing the science, every Black parent understands what that means for Black boys: making someone else afraid can be deadly.

The fear that this inspires in Black males and the women who love them -- mothers, lovers, sisters, and daughters -- can provoke odd behavior. The African American essayist Brent Staples once spoke of "Whistling Vivaldi" to assure his neighbors in Chicago that he was not coming to rob them. Fathers tell sons not to handle anything in stores or walk too closely behind women after dark. Mothers tell sons not to speak too loudly in public or play with water pistols outside. "Imagine if a cop -- or just someone in the neighborhood sees you?!" they say. And when you are taught this at an early age, another wave of the "cascade of suspicion" takes hold. The urge to run away from a world that tacitly calls you a criminal and makes you terrified that someone will be terrified of you, makes you look all the more suspicious. This (and not respect for the law) is why so many parents tell their Black children never to run from police. And, though George Zimmerman was not the police, running away from him may have led to the confrontation that cost Trayvon Martin his life.

With racial bigotry in decline, it is seductive to imagine that the horror of this situation rests in some relics of the past -- with neo-klansmen or sinister police cover-ups. And we have come a long way from the days when both of those were ever-present -- which should give us some space for optimism. But our challenge now is to recognize that Trayvon Martin did not run from George Zimmerman because he feared a psychotic bigot was hunting him. He was not running from a specter of the past. He ran because, when you are Black and you suspect you have been labeled suspicious, even the most reasonable people can be killers. The tragedy of Trayvon Martin's death is the loss of such a young life. But the tragedy of his last moments is that he had every reason to run... from Zimmerman or nearly anyone else. Our challenge now is to make that fact history as we have with so much of our bigoted past. Our challenge is not to run from race in our minds. Ignoring the work that remains to be done risks overlooking that Black males' terror of inspiring fear is justified -- unlike the fear that many Black males too often inspire.

Phillip Atiba Goff is an Assistant Professor of Psychology at UCLA and Executive Director of Research for the Consortium for Police Leadership in Equity.

L. Song Richardson is an associate professor of law at American University. 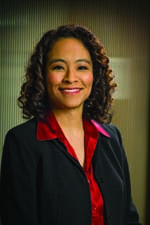