When Bill Lee Jr. took over as police chief in Sanford, Fla., last May, he promised to polish the force’s image and clean up an agency that had lost the confidence of many residents, particularly in the black community.

But last month's shooting death of Trayvon Martin -- an unarmed black teenager who police said was shot by a white neighborhood watch captain -- has reopened old wounds. The police have not arrested George Zimmerman, 28, who is white, and who police said admitted to shooting the teen in self-defense.

According to the Sanford Police Department, Zimmerman called 911 before the shooting, identifying Martin as a “suspicious person.” He was then told not to follow the teen, who was walking from a nearby store to his father’s house in the gated community. But Zimmerman trailed Martin, and had a physical confrontation with him, police said. Moments later, Martin was fatally shot.

Lee has said he will not arrest Zimmerman because there is no evidence to suggest the shooting was anything other than self-defense. But the Martin family's attorneys and black community leaders have said the teenager was profiled and targeted because he was young and black.

In Sanford, hurt feelings over a string of past incidents involving black victims and white perpetrators have yet to ease, and the shooting rekindled distrust over the way police and courts have handled such cases. Local college students are planning rallies over the Martin case, and this afternoon, ministers from a number of black churches in the area gathered to voice their anger.

“There has been tension between the black community and the police for a long time,” Turner Clayton, president of the local NAACP, told HuffPost Black Voices. “When [Chief Lee] first started, it seemed that things would get better, but with this Martin case, seems we're dealing with the same old Sanford regime.”

Lee’s predecessor, Brian Tooley, was forced from office last year following a scandal involving a lieutenant’s son who was captured on video attacking a homeless black man. Police officers reportedly questioned him but did not arrest him. The officer’s son, Justin Collison, 21, later turned himself in after the video surfaced on YouTube and was charged in the attack.

Collison's family paid an undisclosed sum to the homeless man, Sherman Ware, and Ware asked prosecutors to drop the case. They didn't, and Collison eventually pleaded no contest and received probation, according to the Orlando Sentinel.

But the 2005 killing of a black teenager, Travares McGill, by two white security guards, one the son of a Sanford Police officer, drove city race relations to a modern low, according to some black residents.

Early one summer morning, security guards Patrick Swofford and Bryan Ansley saw McGill dropping off a group of friends in the parking lot of the apartment complex they were hired to guard, according to published reports. They claimed McGill tried to run them down, and both fired, later claiming self-defense. McGill was pronounced dead at the scene. Swofford was a police department volunteer and Ansley is the son of a former veteran of the force.

The pair was arrested and charged, Swofford with manslaughter and Ansley with firing into an occupied vehicle. But a judge later cited lack of evidence and dismissed both cases. According to autopsy reports, McGill suffered fatal gunshot wounds to the back, and it was unclear if the pair was in danger.

The Sanford Police Department on Tuesday turned the case over to the Seminole County State Attorney’s Office. The state attorney will now decide whether or not Zimmerman will be charged in connection with the killing.

Natalie Jackson, an attorney for the Martin family and a Sanford native, said that she has no confidence Zimmerman will be charged. “I’m an eternal optimist,” Jackson said. “But if history [in Sanford] has shown me anything, they are not going to do anything.”

In the year since Lee took over the department, change seemed to be within reach.

Lee told the Orlando Sentinel in June that, “I hope to focus on developing partnerships with the community and continuing what they've started in their efforts of community policing: working in areas that will enable an officer to get to know the community he's working in; who in that community is not supposed to be there; work together with the community to identify problems.”

“All of the men and women of the police department that I've spoken to are committed to doing the best that they can and performing and bringing honor to the profession and organization.”

But the way the police have handled the Martin case has been called into question as more details surface.

ABC News has reported that a source inside the police department told them a narcotics detective, not a homicide detective, first approached Zimmerman and peppered him with questions, possibly leading his story.

Another officer reportedly corrected a witness after she told him that she heard the teen cry for help, according to ABC. The officer told the woman that it was Zimmerman who cried for help, not Martin.

Shortly after the shooting, the police told the Martin family that Zimmerman had a clean record, Tracy Martin, Trayvon’s father, told HuffPost.But a public records search shows that he was arrested in 2005 for resisting arrest with violence and battery. The charges were later dropped.

In an email to HuffPost on Wednesday, Lee refuted the idea that his officers would intentionally keep information about Zimmerman’s past from the public or Martin’s family.

“I do not know what Zimmerman told officers at the scene about his background,” he wrote. “Why would we lie about the background of Zimmerman that we know exists? The investigator in speaking with [Martin’s father] and relating the account given to law enforcement by Zimmerman told Mr. Martin that Zimmerman portrayed himself to be squeaky clean… hearts go out to the family of Trayvon and we are sorry for their loss.”

He added that his department, in consultation with the state attorney's office, worked “to complete a thorough and fair investigation as quickly as possible.”

At a press conference Monday, Lee told reporters and spectators that though the Martin shooting may have set relations back in the city, he believed the community and police still could work together.

“We want to build a partnership, and since I have been in office for 10 months we were making good strides and this is certainly a huge stumbling block,” Lee said. “And so it is a tragedy for the community and for the city of Sanford, too, because I believe we can truly have a great partnership and get through all the ugly thoughts and all the disagreements and ill will and hard feelings and truly come together as a community.” 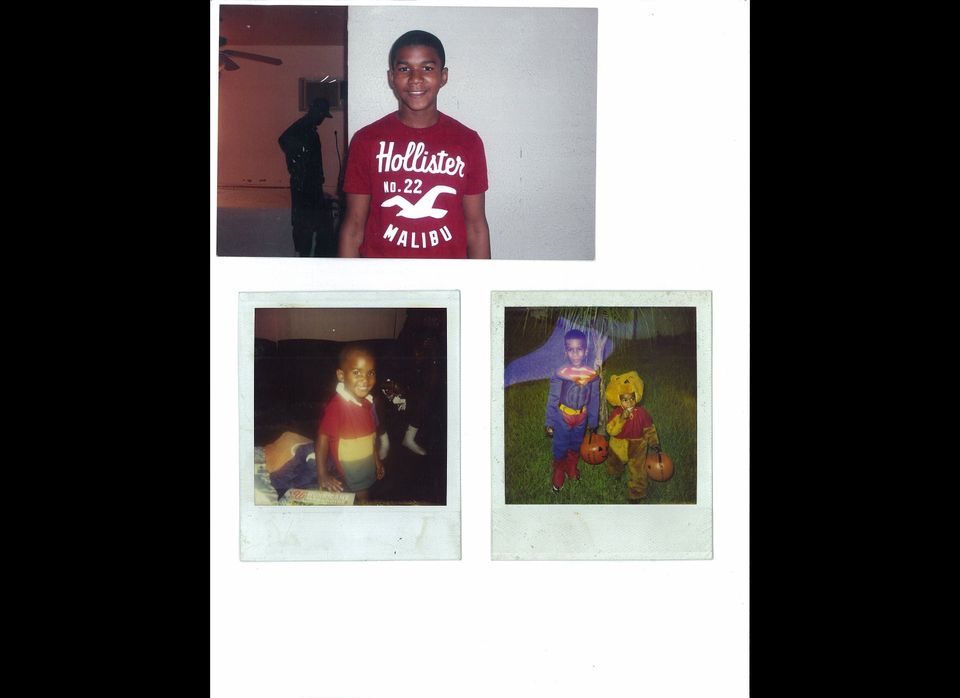