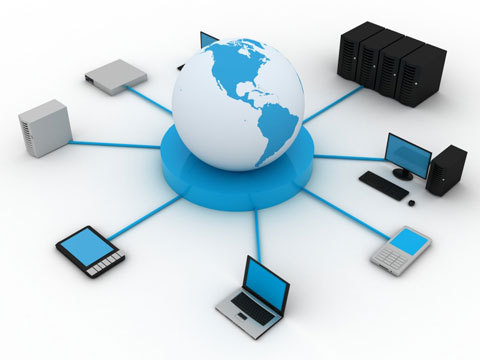 Numerous reports have emerged in the past five years about a decline in petty violent crime such as muggings, pickpocketing, and even good, old-fashioned armed robbery while simultaneously witnessing a rise in cybercrime, or felonies committed over the Internet. As a result of the World Wide Web becoming the 21st century version of Central Park after midnight, increased security protocols have been invented and initiated. One of the most reliable and frequently used is the Virtual Private Network.

A Virtual Private Network (VPN) is a network technology that creates a secure network connection over a public network such as the Internet or a private network owned by a service provider. Large corporations, educational institutions, and government agencies use VPN technology to enable remote users to securely connect to a private network.

To be granted access to this private network, the user must have authentication granted through the use of a unique personal ID and password. For additional security, an authentication token is frequently used for access to the private network via a personal identification number (or PIN) which is entered by the user. The PIN is a one-time generated code that changes according to a programmed frequency, usually in 30 second intervals.

There are a number of VPN protocols in use that secure the transport of data traffic over a public network infrastructure. Each protocol varies slightly in the way that data is kept secure.

VPN technology employs sophisticated encryption to ensure security and prevent any unintentional interception of data between private sites. All traffic over a VPN is encrypted using algorithms to secure data integrity and privacy. VPN architecture is governed by a strict set of rules and standards to ensure a private communication channel between sites. Corporate network administrators are responsible for deciding the scope of a VPN, implementing and deploying a VPN, and ongoing monitoring of network traffic across the network firewall. A VPN requires administrators to be continually aware of the overall architecture and scope of the VPN to ensure communications are kept private.

A VPN is an inexpensive effective way of building a private network. The use of the Internet as the main communications channel between sites is a cost effective alternative to expensive leased private lines. These costs, to both corporations and individuals, include the network authentication hardware and software used to authenticate users and any additional mechanisms such as authentication tokens or other secure devices. The relative ease, speed, and flexibility of VPN provisioning in comparison to leased lines makes VPNs an ideal choice for businesses or individuals who require flexibility. For example, an individual can adjust the number of sites in the VPN according to changing requirements.

There are several potential disadvantages with VPN use. The lack of Quality of Service (QoS) management over the Internet can cause packet loss and other performance issues. Adverse network conditions that occur outside of the private network is beyond the control of the VPN administrator. For this reason, many large corporations pay for the use of trusted VPNs that use a private network to guarantee QoS. Vendor interoperability is another potential disadvantage as VPN technologies from one vendor may not be compatible with VPN technologies from another vendor. Neither of these disadvantages has prevented the widespread acceptance and deployment of VPN technology.