On a family vacation from Wisconsin to Dauphin Island, Alabama, we stopped at Lincoln's home in Springfield, IL to take a tour. In the front parlor, there was a photograph of Honest Abe hanging on the wall. He was standing out in front of his house next to a young basswood tree. I asked the docent if the tree in the photograph was the same as the old basswood standing out in front of the house. He responded that he believed it was, so I went outside to investigate. Under the tree I found scads of basswood seeds all over the ground. I started picking them up and jamming them into my pocket. That was the germination of the project. The next three stops--Mark Twain's home in Hannibal, MO, Elvis's Graceland, and Faulkner's Rowan Oak in Oxford, MS--provided more seeds from trees that were connected to great Americans. It was while I standing in line at Graceland to pay my respects to Elvis at his grave that I had this powerful idea to go around the country gathering seeds from the trees of all my heroes, mostly writers, but also lots of boxers, musicians, and historical figures and locations. I would gather the seeds and grow them into an inspirational little grove of my own. That was the original idea, until a friend of mine suggested I write a book instead. That book, "Seeds," is the story of my serendipitous journey to find the trees that inspired famous American writers, from Faulkner to Kerouac, Welty to Wharton.

Here are some pictures of these wondrous trees:

Authors And The Trees That Inspired Them (PHOTOS) 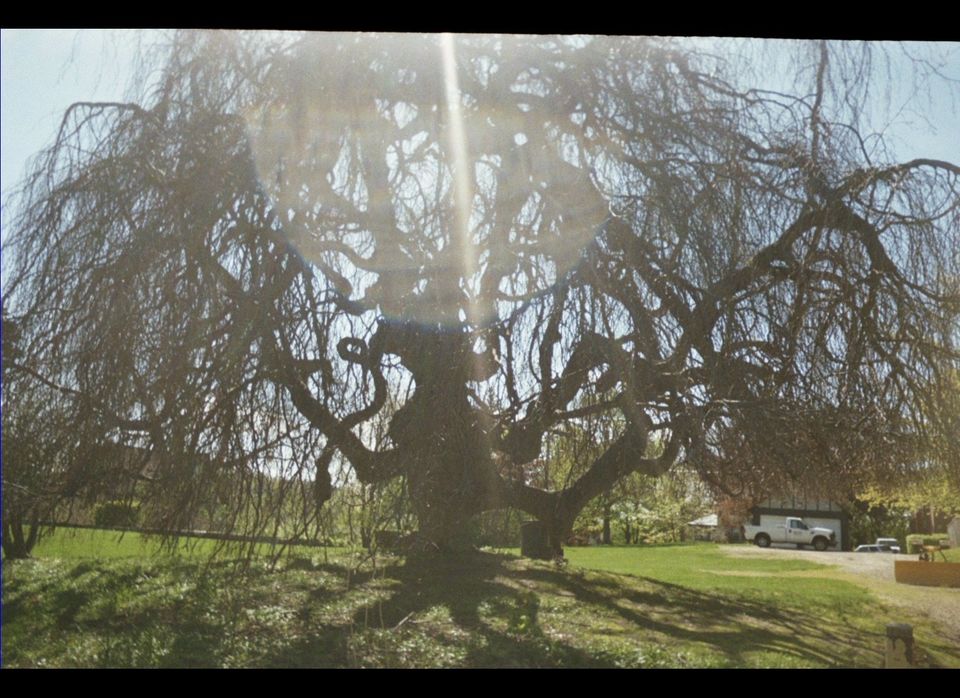 1 / 7
Esther Forbes
This amazing Weeping beech tree stands on the property in Worcester, Massachusetts where Esther Forbes, author of the great Newberry Prize winning book, "Johnnie Tremain," grew up. Ms. Forbes' grandfather, W.T. Merrifield, planted the tree some time around the middle of the nineteenth century. W.T. Merrifield knew his trees, and during his lifetime was the president of the Worcester Horticultural Society. The tree is a botanical specimen and was likely grafted to the bole of an ash tree because beeches are notoriously difficult to grow from seed. Ms. Forbes moved to the property in 1898 after her parents tore down the old structure built of solid concrete by her contractor grandfather (it had to be dynamited) and built a huge mansion in its stead. They named it Merrifield, for obvious reasons. The house had 28 rooms and burned 1,000 gallons of oil a month to heat. That house was torn down in 2002. What remains on the property today, just off the campus of the Worcester Polytechnic Institute, is a botanical marvel. Soaring Tulip poplars, Carolina silver bells, oaks, lilacs, and hundred-year-old Japanese maples abound. Ms. Forbes was surrounded by arboreal splendor during her writing years.