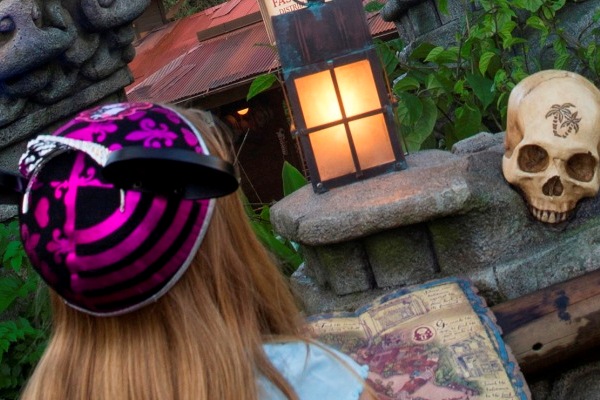 On your next family vacation, how about using an enchanted wand to slay a dragon? Or uncovering clues to track down an international spy? Or joining Captain Jack Sparrow's crew on a pirate raid?

Taking a cue from the enormous popularity of video games, top family travel destinations are offering high-tech interactive gaming experiences that immerse visitors in a storyline along with their favorite characters. Here are four places your family can experience this growing trend and get in on the game.

Walt Disney World, Florida
A forerunner in high-tech immersive experiences, Disney World is adding new games as fast, it seems, as Imagineers can dream them up. Perhaps the best thing about these Disney World experiences is that they are included in the cost of a theme park ticket. 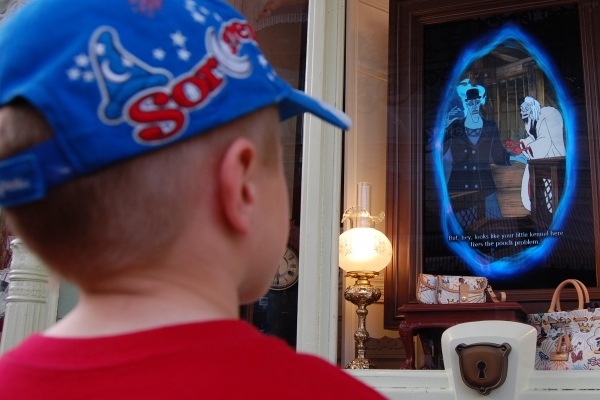 Visitors to the Magic Kingdom can play the scavenger hunt-like Sorcerers of the Magic Kingdom, where the wizard Merlin is looking for volunteer apprentices to grab a pack of spell cards to defeat Disney villains and keep the theme park safe for unsuspecting families.

Inspired by the "Pirates of the Caribbean" franchise, A Pirate's Adventure: Treasures of the Seven Seas is a brand new, interactive quest in the Magic Kingdom's Adventureland. The interactive quest transforms you into one of Captain Jack's pirate recruits, armed with magic talismans and treasure maps for pirate raids against Captain Barbossa, the Royal Navy, and more of Captain Jack's enemies.

Disney Cruise Line
On Disney's newest ships, the Disney Dream and Fantasy, you can join the Midship Detective Agency to catch a thief. Using a map and special game card, players interact with "Enchanted Art" throughout the ship to find clues and eliminate robbery suspects. The game on the Disney Fantasy adds the Muppets to the mix, with detectives tracking down stolen props needed for the Muppets big show. 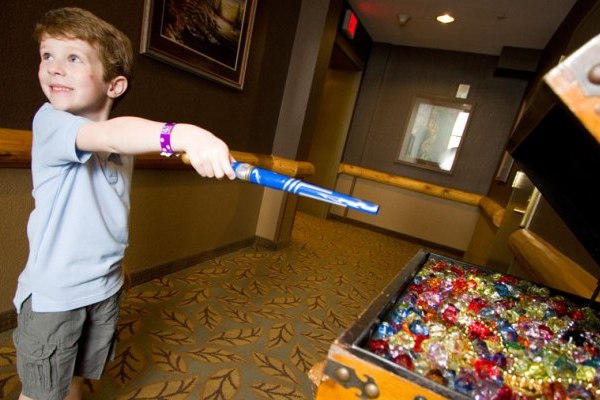 At this popular chain of 11 indoor water park resorts, the fun doesn't stop when the family is on out of the water. The interactive MagiQuest wizard adventure game takes place in a world of fairies, dragons, goblins, and unicorns, allowing kids to open treasure troves and slay dragons right in the hallways of the lodge. You'll need to purchase a MagiQuest wand that interacts with its surroundings and casts up to 250 different spells. Games typically last four to six hours, and wand activation lasts the length of your stay at Great Wolf Lodge.

International Spy Museum: Washington DC
Want to channel your inner Bond, James Bond? "Spy in the City" is an interactive adventure designed by former spies who now serve as consultants to the International Spy Museum. Pick up a GPS device and head outside for a high-stakes covert operation around the museum's DC neighborhood. Your mission, should you choose to accept it, is to intercept a secret agent trying to sell classified information to foreign operatives. Along the way you and your family can analyze messages, decipher codes, and intercept audio.

-- Dave Parfitt of Adventures by Daddy contributed this to MiniTime.com.