Two news websites Monday published images of the three of the most secretive U.S. agencies including the Maryland-based National Security Agency.

Outside of a single undated image provided by the NSA -- which has been used repeatedly by The Sun and other media outlets for years -- the agency's Fort Meade headquarters has not been extensively photographed.

Under the cover of darkness, artist Trevor Paglen used a helicopter last fall to photograph the National Security Agency in Fort Meade; the National Reconnaissance Office in Chantilly, Va.; and the National Geospatial Intelligence Agency in Springfield, Va.

"My intention is to expand the visual vocabulary we use to 'see' the U.S. intelligence community," Paglen wrote of the project. "Although the organizing logic of our nation's surveillance apparatus is invisibility and secrecy, its operations occupy the physical world."

First posted on The Intercept and Creative Time Reports, the images are now being made available to the public via sources such as Wikipedia Commons and Flickr.

The Intercept is Glenn Greenwald's new digital journalism venture. Greenwald was the reporter who first wrote about Edward Snowden's leaked information from NSA for The Guardian newspaper. In his article on Creative Time Reports, Paglen says the project was partially inspired by Snowden's disclosures. 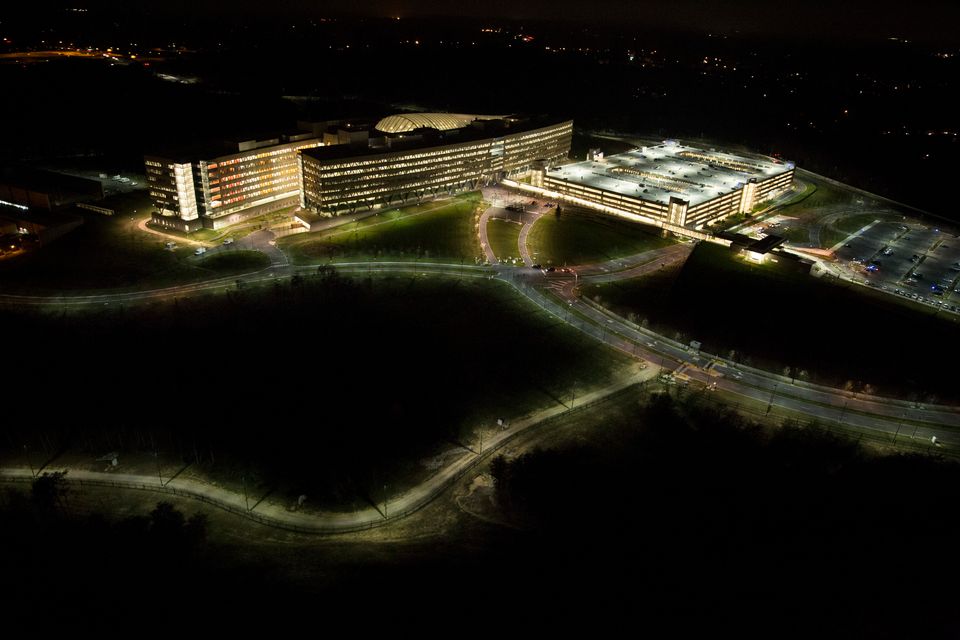