The Trials of Spring Trailer from Fork Films on Vimeo.

A new multimedia documentary project is spotlighting the vital roles of women in the 2011 Arab Spring uprisings.

"The Trials of Spring," is a series of six shorts, a feature film and news reports by The New York Times that offer a rarely seen look at the gripping personal experiences of female activists in the wave of revolutions in the Middle East and North Africa.

The films profile nine women across Egypt, Tunisia, Libya, Syria, Bahrain and Yemen, with each detailing their journey through uprisings and crackdowns. While each story is unique, they often share an arc similar to the larger political developments of the post-revolution countries in the region, where an initial hope for change is quashed by increasing repression and conflict.

In the Syria short, for example, archival footage shows four women known as the Brides of Peace defiantly march in protest of the Assad regime while wearing homemade wedding dresses. In interviews after fleeing the country, two of the brides describe how their triumphant demonstration caused security forces to imprison them for months. 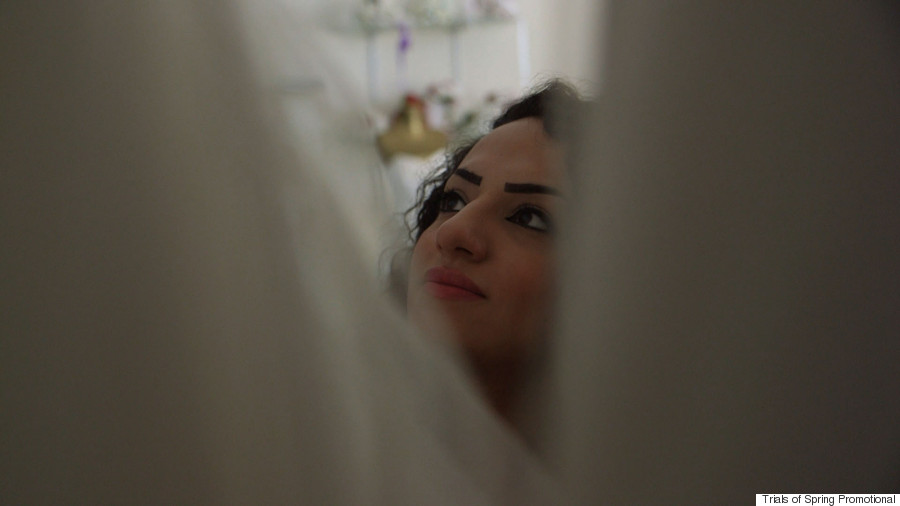 Kinda Zour, one of the Brides of Peace from Syria.

As the films show, many countries have regressed on women's rights since the Arab Spring.

A 2013 United Nations report found that 99.3 percent of women in Egypt are subject to sexual harassment, and female activists have been forced to undergo virginity tests after being arrested for demonstrating. In an incident that sparked widespread outrage, police fatally shot female activist Shaimaa al-Sabbagh in the street during a protest earlier this year.

The team of filmmakers and producers, most of them female, presents the cross-platform project as a fascinating counter-narrative to misconceptions of women in the region as submissive to the repression of women's rights. Instead, the films show brave acts of protest both at home and in the streets, and depict women as driving forces behind many protest movements.

"I went from I think a stereotyped understanding, to some degree, of the women in the Middle East and North Africa, to something that was more nuanced and understanding of their diversity and their strength and resilience," said producer Beth Levison in a call with reporters on Tuesday.

Levison said stories about the Arab Spring lacked female perspectives, with media focusing mostly on men with guns and shifts in political power.

"I don't think enough stories are told about the women who are the mortar, who are holding things together," Levison explained. "I think that the narrative that's often told about conflict is about who's in what position, rather than about what's happening on a day-to-day level to try to bring peace. It's kind of like that old saying, 'If it bleeds it leads.'" 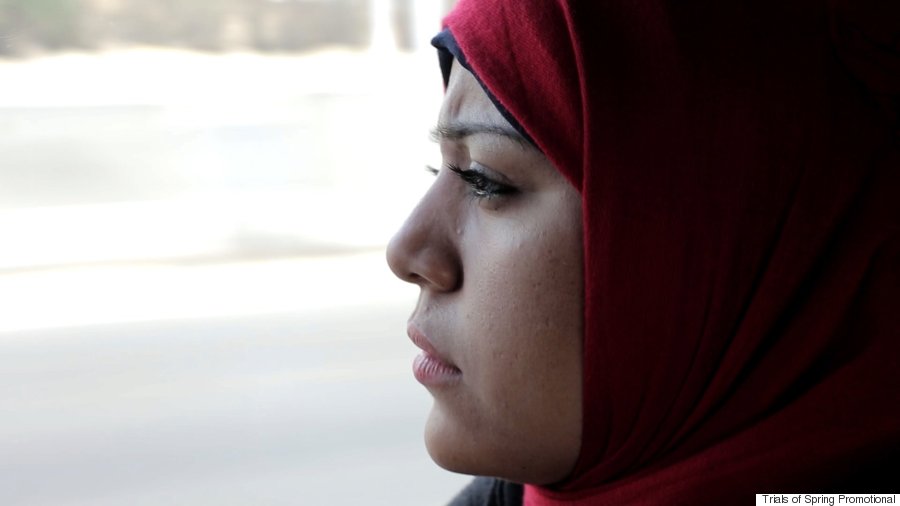 Hend Nafea, a young religious Muslim woman whose story is a lead role in the feature film.

While the project puts a spotlight on activists, the films themselves are not heavy-handed works of advocacy. Instead, the works hope to amplify the voices of the women who are profiled.

"We certainly wanted to avoid the thought that here are some Western filmmakers trying to help these Arab women -- because they're incredibly strong women who can help themselves and are doing a lot to help their countries," said the project's Digital Director Lauren Feeney.

The short films will debut on June 7 as a special project on The New York Times homepage and will culminate with the feature focusing on Egypt that premieres at the Human Rights Watch film festival on June 12.