March 25, 2011 marks the 100-year anniversary of the Triangle Shirtwaist Fire, which claimed the lives of 146 garment workers, mainly Jewish and Italian immigrant women, in New York City. The disaster eventually led to the establishment of better working standards and safety regulations.

Women's Wear Daily sent over its coverage of the 1911 event. Some excerpts from the fashion newspaper's page one story:

The lesson for the sewing trades to learn from the tragic fire at Washington place, New York, the terrible loss of life, seems to lie in the neccessity of more discipline and less selfishness which is concealed under the guise of personal rights. We are individualists in this country, and yet there comes a time in every industry when the individual should consider and should be made to consider the rights of a community.

This catastrophe will bring vividly to mind and will create the opportunity to inaugurate a fire drill and other protective measures in places where many people are employed. This would not alone guard against the repetition of so terrible a holocaust but would mean the starting of better discilpline in many shops in the sewing trades.

Life today in the United States is lived at a tremendous pace. So many people are thrown into very close contact with others so that the slightest mistake by one may injuriously affect many.

Take a look at the scans below -- a little blurry, but surely an interesting read. And head over to WWD.com for the latest in fashion news. 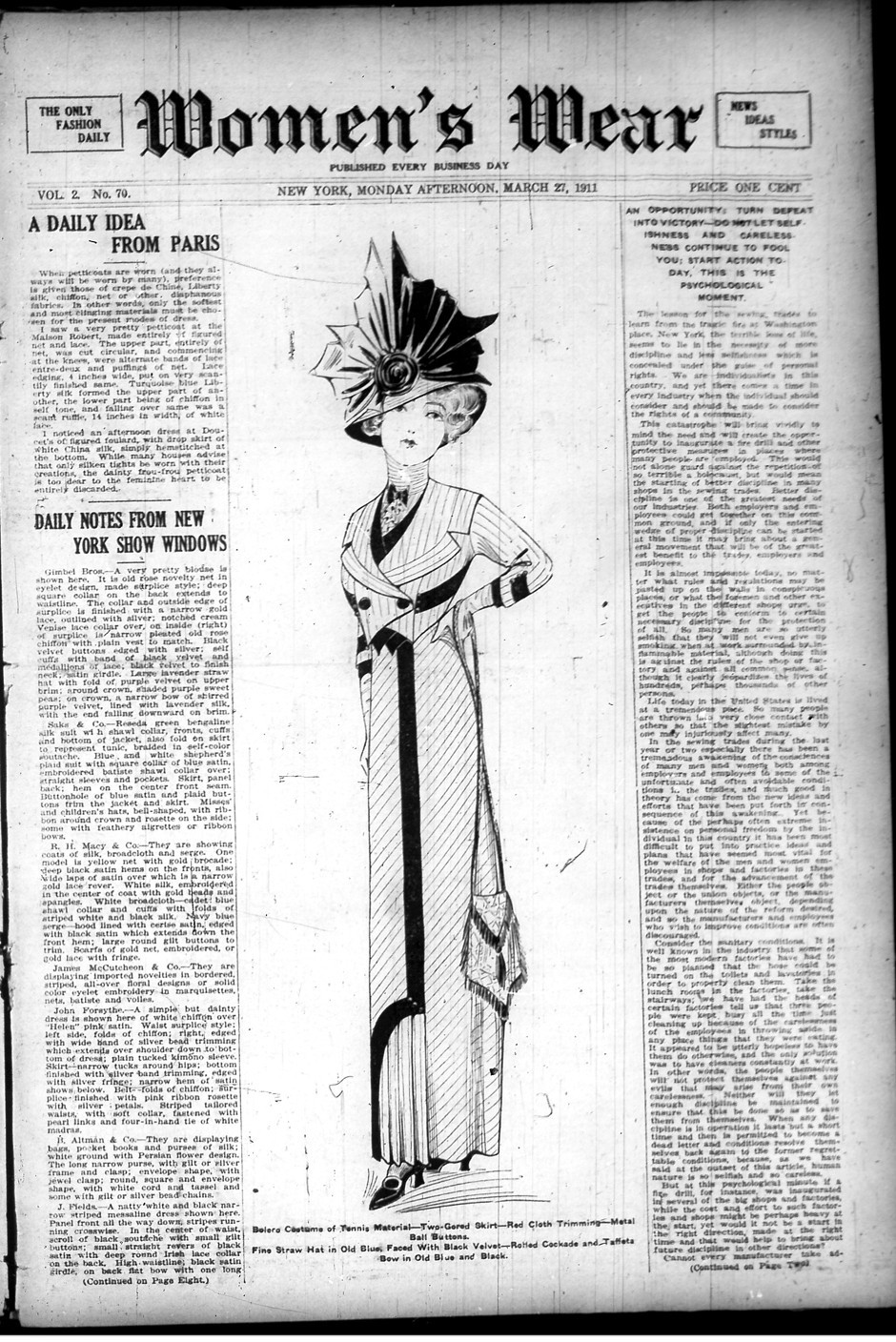 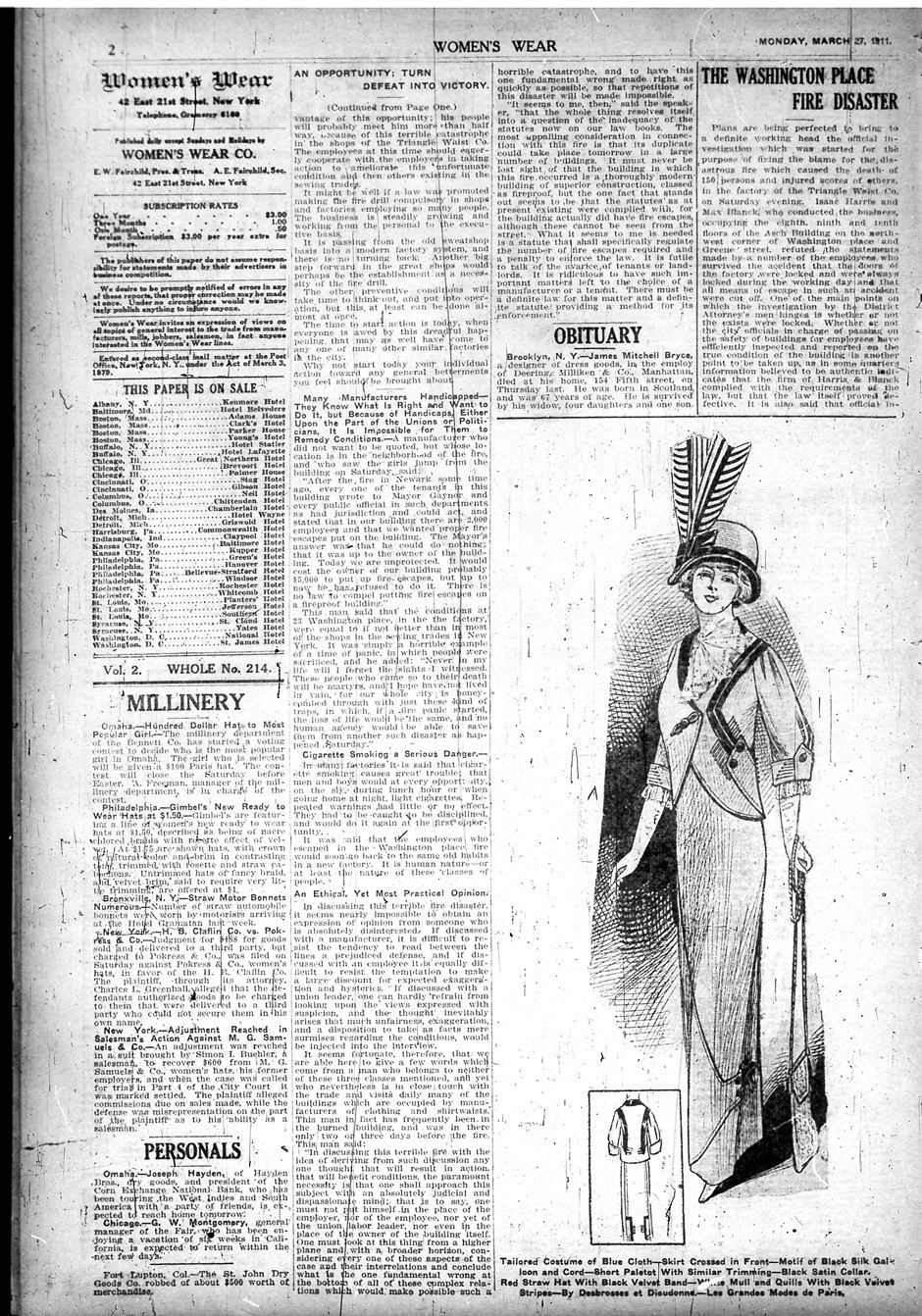 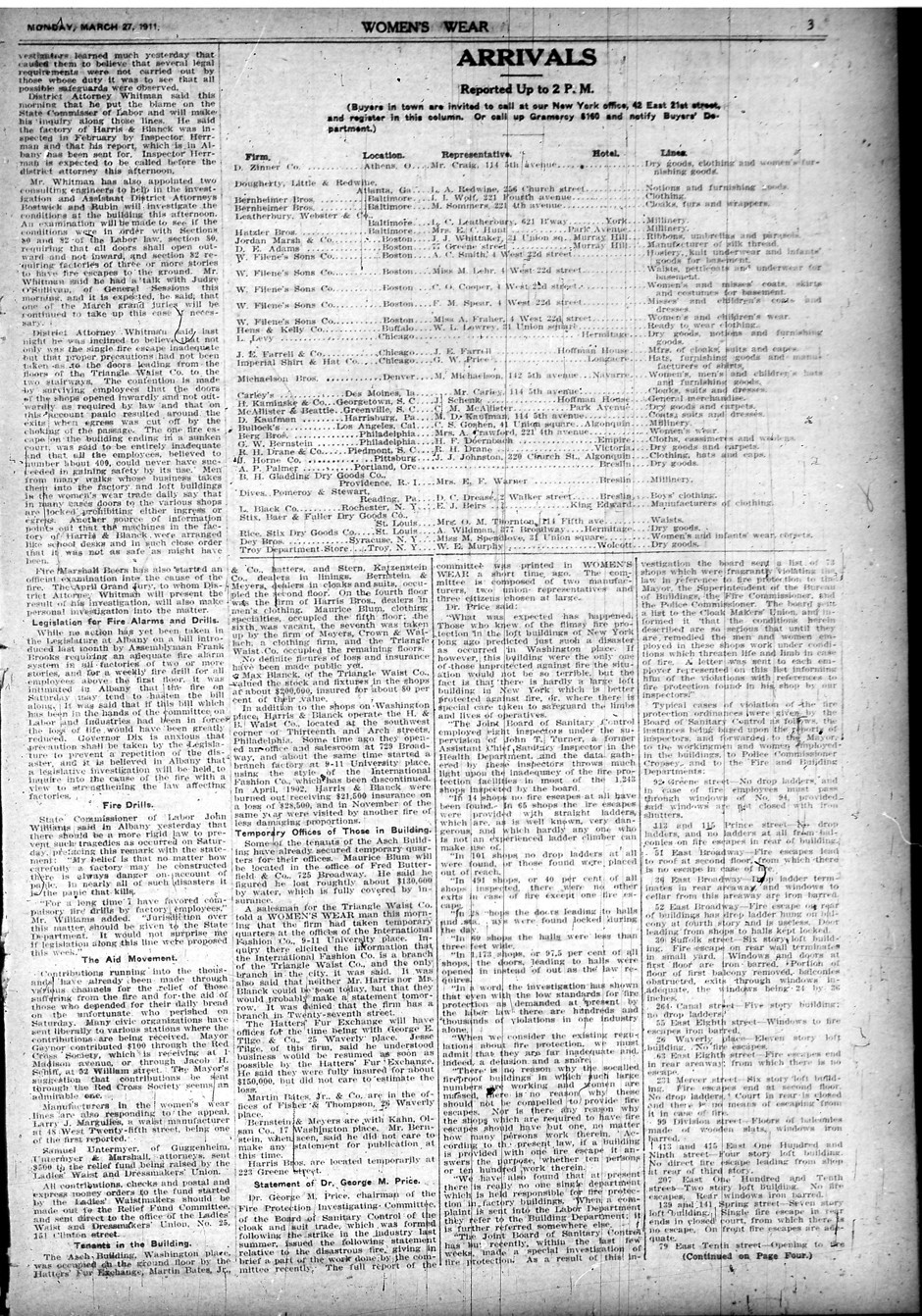 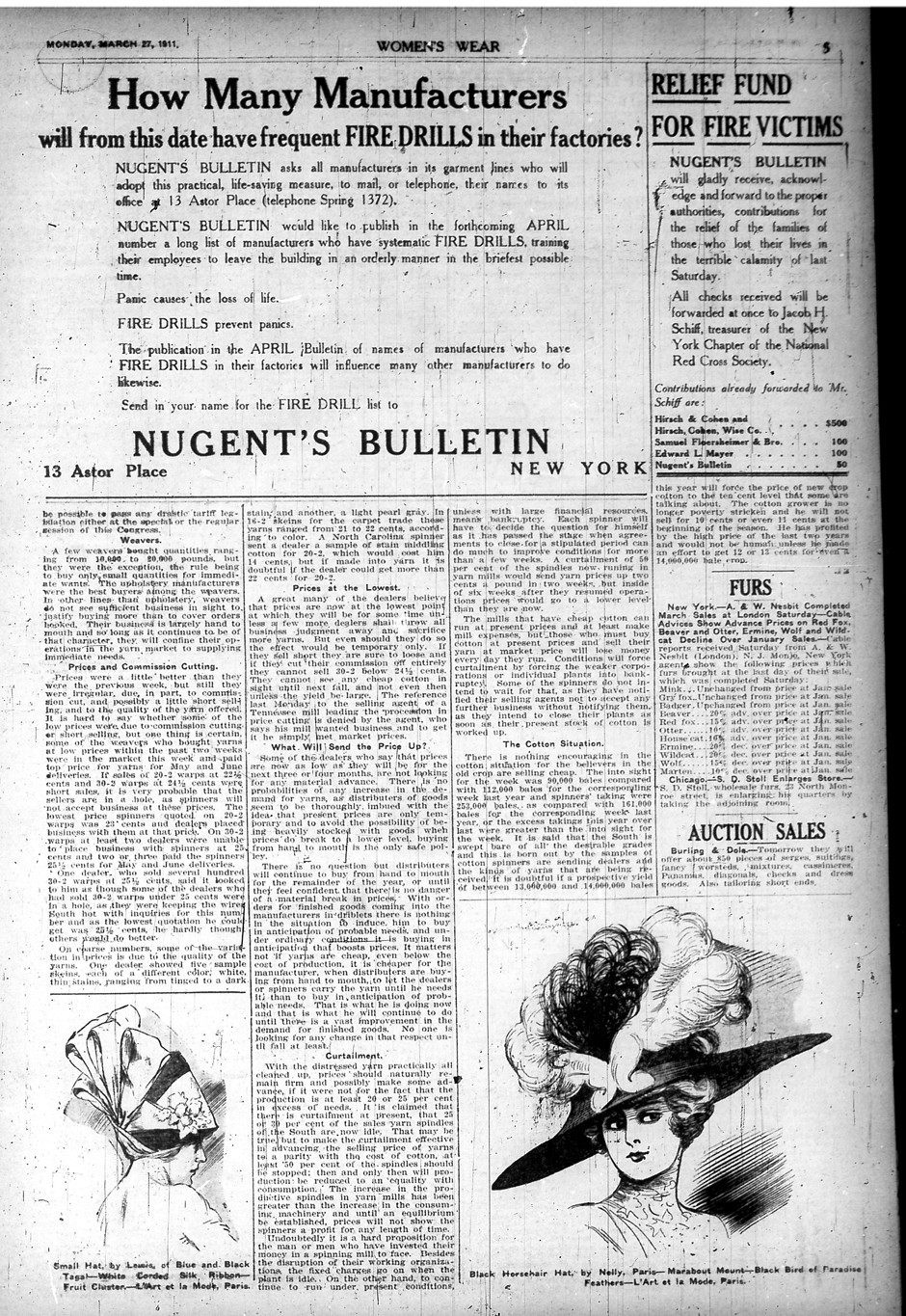