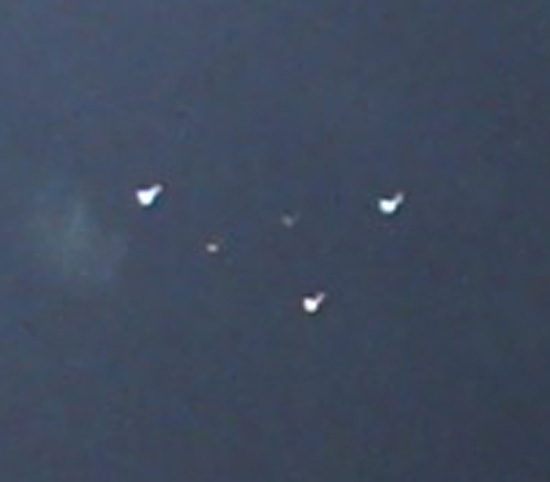 A Greenville County, SC, witness report that includes two photos of a hovering triangle UFO was closed as an Unknown, the Mutual UFO Network (MUFON) announced February 11, 2014, in Case 51888.

The witness was traveling along Highway 29 from Greenville about midnight on October 27, 2013, when he noticed a "triangle-like object floating in the air."

"I took the picture while driving," the witness stated. "A busy highway with no place to pull over. There is Air Force testing and repair in Greenville called Donaldson Center. I figure this is where it came from."

The witness submitted two images with the report: Image 1 and Image 2.

The above quotes were edited for clarity. Please keep in mind that most UFO reports can be explained as something natural or man-made. Please report UFO activity to MUFON.com. Read about other recent UFO cases at the National UFO Examiner.