The best word to describe the upcoming Tribeca Film Festival, taking over New York City from April 18th through the 29th, is "accessible." Spread out all over downtown Manhattan, including films from all over the world, chockfull of red carpets and galas, the festival is truly an event organized by the people for the people. First started in the gloomy aftermath of 9/11 to bring vitality back to the city neighborhood hardest hit, 10 years later Tribeca has outshined all expectations and has endeared itself to film lovers as the spring festival to attend.

Yet beyond the stars, the famous organizers, the critics and world media, Tribeca is, in the words of the folks who run it, the festival that is never sold out. While single tickets have already gone on sale and most events cannot be reserved at this point, the "Rush Ticket L†ine" remains a Tribeca insider's best friend. And new this year, don't forget to check out the latest scoop on the Magnum Scene ticker, right on the TFF website.

In addition to what's screening in the theaters, there will be several cool titles and a slew of special events available through Tribeca Online -- including past gems, shorts, features and The Russian Winter, the story of John Forté from The Fugees -- as well as a whole cable On-Demand channel (1000 in New York City) devoted to Tribeca's favorite films. But as one should never forget the power of the movies at the movies, I suggest checking out these must-watch titles listed below in the theaters.

PHOTO GALLERY
Worth the Rush Lines: A Procrastinator's Guide to the Tribeca Film Fest

All images courtesy of Image.net and Tribeca Film Festival, used with permission. 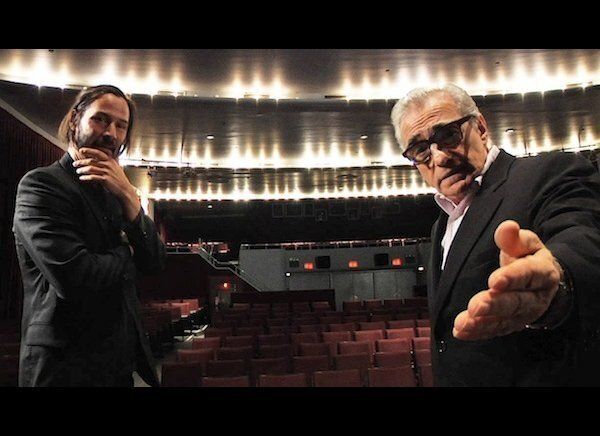 1 / 14
Side by Side
"For almost one hundred years there was only one way to make a movie -- with film." Well, any movie that features Keanu Reeves and Martin Scorsese is a solid sell for me, but one that talks about the future of cinema is an absolute bible. In <a href="http://sidebysidethemovie.com/" target="_hplink"><em>Side by Side</em></a> filmmaker Christopher Kenneally lets Reeves do the talking and the actor (also the film's producer) interviews many of the most innovative game-changers in the world of cinema -- including James Cameron, Christopher Nolan, and Andy and Lana Wachowski -- to examine how the digital age has transformed the movies. Photo Credit: Chris Cassidy