The thing about the documentary - audiences generally have to bring some interest in subject with them to the theatre in order to find a non-fiction film compelling.

All more reason why the new film Vlogumentary is interesting since it has not one but two distinct and equally potent audiences. The first audience is massive, and little know outside of the mysterious world of the Vlogger community. Fans. 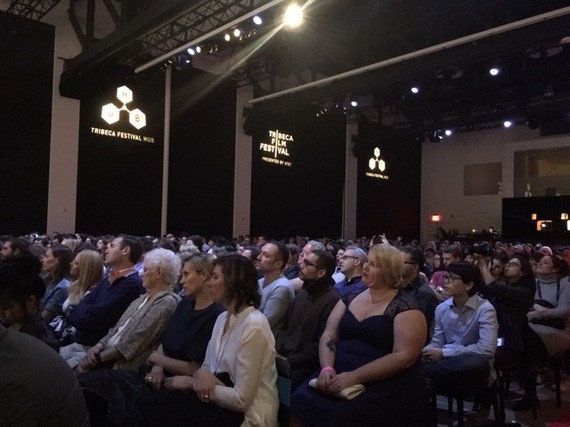 Sitting in the theatre at the Tribeca Film Festival - I couldn't help but notice that I was surrounded by fans. Not casual fans. Rabid fans. They were there to screen the premier of Vlogumentary - a film that takes a remarkably intimate medium already and tears the remaining private bits away.

But the other audience is equally important. Members of the media business, ad agency creatives and media buyers, and anyone who want's a ground-level understanding of just how much the world of content has changed. YouTube stars don't perform, they share. And sharing - it's risks and rewards - is very much what this film is about.

Vlogumentary began its life as a film by video blogger Shay Carl titled "I'm Vlogging Here". Carl went out to raise $250,000 - and reduced that ask to $180,000 before the indie gogo campaign closed. The official page explains that the feature-length documentary film will "delve into what vlogging is, the rise of YouTube creators, and how vlogging has changed the lives of the vloggers, the viewers, and the industry itself."

In the end - after some internal drama and fans of Shay Carl making some noise about the fundraising efforts - Carl reached out to Morgan Spurlock and his Warrior Poet team to oversee production and complete the film. The film is Directed by Matthew Testa who Spurlock worked with on the FX series 30 Days. 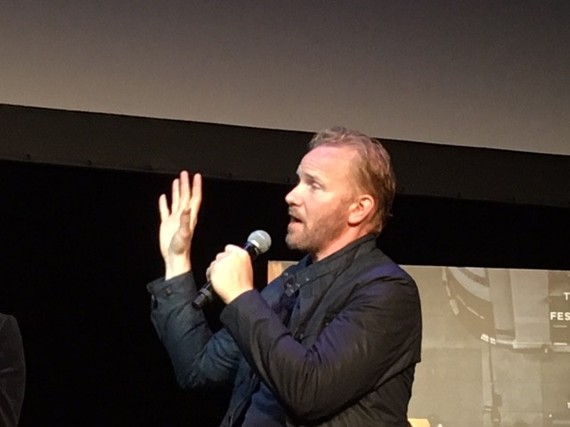 Morgan Spurlock at the premier of Vlogumentary at Tribeca / Photo: Steven Rosenbaum

The film stars a number of YouTube's best-known vloggers - and in many ways, YouTube is a character in the film as well. The film includes 50 of YouTube's most popular stars, the film focuses on four stories: the Shaytards, Charles Trippy and his CTFXC channel (that's the acronym for 'Charles Trippy Friend Core'), frustrated and struggling comedian Gaby Dunn, and 17-year-old aspiring filmmaker Mikey Murphy from New Jersey.

Vlogumentary pulls the curtain back on this new media revolution by following vloggers and examining how they work, what they have to say and why their fans prefer videos of real life over traditional entertainment. Of course, when you blend real life and an on-camera life - things get complicated.

It may be the story of Charles Trippy that is the most telling, emotional, and complicated. We see Charles meet Alli, watch as they fall in love, as Charles begins to build a touring campaign with the Band We The Kings, and then has a brain tumor. Yeah, that's hardly fun. Then he videotapes the surgery, recovers, and gets divorced. You know, life. 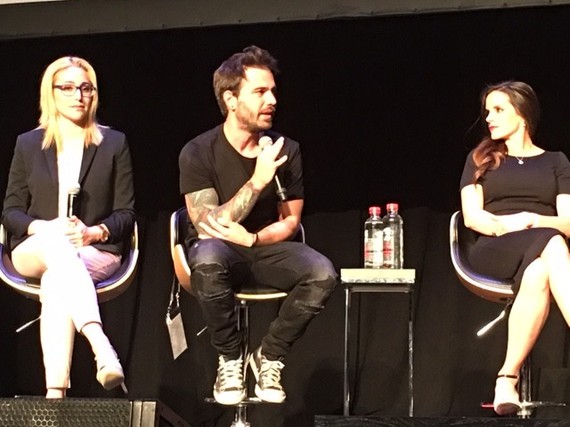 The film doesn't make vlogging out to be glamour or even all that fun. Frankly, it looks like hard work.

And I suspect that's what Spurlock brings to the project. He's been at the cutting edge of self-referential documentaries since Super Size Me in 2004 - before YouTube existed. And chances are, if he'd been born a decade later, he would have been a Vlogger on YouTube. So his involvement helped the film shift from a romp for fans to a serious look at the world of Vlogging today.

For anyone working in the YouTube world, this film is a must see movie. It could have been a self-promotional film for Shay, but happily it's not. It's a journey into a world that is rapidly becoming the voice of a generation - and you'll come away with an understanding of what being a YouTuber means that will help you frame the future. The nature of personal documentary and storytelling is evolving, and this film puts critical context around that change.