I co-authored a coffee table book with a friend last year and we just found out it won the 2014 Nautilus Award. The announcement came when I was in the middle of a chapter on a new WHY-TO Creativity book. I'm trying to remind people WHY it's important that they give voice to their creative spirit -- how it heals them, causes abundance in unforeseen ways, leads to better health and greater bliss. When I thought of my own creative heroes, Dorothea Lange came to mind, so I turned off the phone, locked the door to my studio, and spent 2 days making a video tribute to her.

Dorothea contracted polio as a child. She had a serious limp and a right heel that never touched the ground. Her father abandoned the family when she was 12 and she had to figure out how to make a go of things on her own. She started out with a portrait studio in San Francisco, but sold it and joined a federal program that was documenting the story of the Dustbowl exodus. It's her image of the Migrant Mother that we all know. Her images that moved John Steinbeck to write Grapes of Wrath and John Ford to direct the movie that caused thousands of Americans to lobby Congress and stand up for the poor. Her images that are partly responsible for the institution of the Social Security program.

She never thought of herself as an artist, but her art moved mountains. Her pictures were worth millions of words. I discovered today that it's the anniversary of Jonas Salk's polio vaccine going public in 1956. And it seemed a good day to share Dorothea's brilliance with the world. This is my attempt to share her hope, and my own as well.

This is the link to my digital tribute. 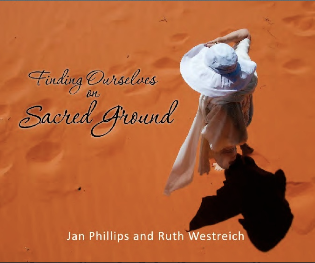