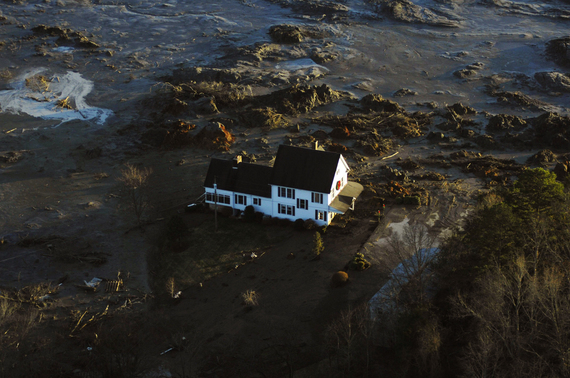 Photo Courtesy of United Mountain Defense. 1.1. Billion gallons, that's with a capital B, of toxic coal ash destroyed homes and the environment during the largest coal ash spill in U.S. history

Tweak: /twēk/ (verb) to make a minor adjustment to, to fine-tune

Trick: /trik/ (verb) deceive or outwit someone by being cunning or skillful

Rep. David McKinley (R-WV) tells everyone that his latest coal ash bill, H.R. 1734, 'tweaks' the new EPA public health safeguard on coal ash that was published last Friday. Apparently, the congressman has a different understanding of the word because his bill tweaks the coal ash rule like these men have tweaked their elbows. 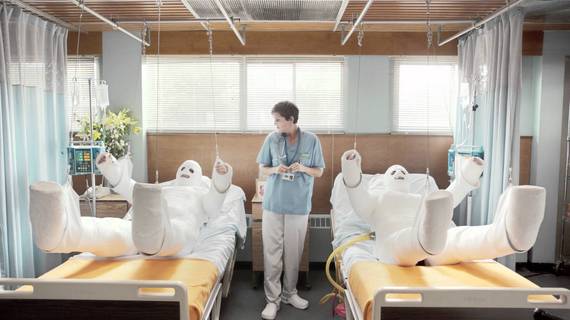 This might be amusing, if not for the real harm this dangerous bill poses to the health of families and communities across our nation. The House Energy and Commerce Committee's approval (32-19) last week of this 50-page tweak is a blatant attempt to--let me introduce a new word to Rep. McKinley's vocabulary--"gut" the first-ever federal standards for coal ash disposal.

Since 2008, three major coal ash disasters have threatened lives, livelihoods and water quality in Virginia, Wisconsin, North Carolina and Tennessee, including the largest toxic waste spill in U.S. history. Communities across our country near leaking coal ash ponds and landfills can wait no longer.

Despite the urgent need to protect us from toxic coal ash, this bill seeks to protect polluters and eliminate, weaken or delay critical public health guarantees in an EPA rule that took decades to create.

If passed, the bill:

Trick or Tweak? Most definitely, trick.

Data provided by OpenSecrets.org. We'll give you two guesses on who was the biggest contributor to Rep. McKinley's political campaigns. Spoiler alert: it's coal!

As this dangerous bill moves to a vote in the full House, it is essential our lawmakers understand its true intent--the gutting of the first-ever federal standards to protect our families and communities from toxic coal ash, not a tweak as Rep. McKinley would trick you into believing.