Trigger finger is a condition where the involved finger will catch as it bends. When the finger is straightened, you will hear a pop or snap. The flexor tendon becomes thick and irritated as it slides through the tendon pulley, causing a thickened nodule and triggering of the tendon (Figure 1).

The discrepancy between the diameter of the tendon and the size of the pulley opening causes the triggering (Figure 2). 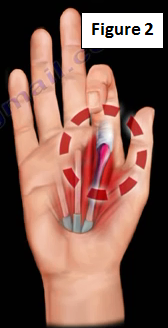 Symptoms
The symptoms of trigger finger (flexor tendonitis) are pain that may be located in the palm at the base of the finger and tenderness at the A1 pulley.

Trigger finger occurs more in women than men and it also occurs more in diabetics. Repetitive injuries, occupational use and people with rheumatoid arthritis are also more likely to develop trigger fingers.
The locking can occur when the tendon is unable to pass through the sheath. As the tendon becomes inflamed, it gets caught.

A surgical release of the A1 pulley will be considered if conservative treatment fails. When releasing the A1 pulley, the release should be done at the level of the MP joint (Figure 3). The A2 and A4 pulleys are important and should not be touched, excised or released (Figure 4). The A1 pulley is cut and the flexor tendon is released. 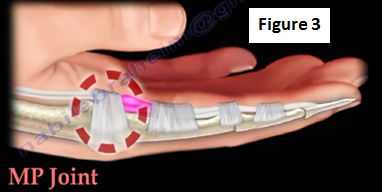 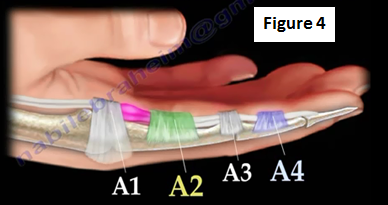 Technique of Injection
Injection into the flexor sheath may provide relief for triggering of the finger. After the site is marked, the physician will use a 25 - gauge needle. The needle will be advanced through the midline down to the bone. The needle is then pulled back slightly and the medication is freely injected (Figure 5). 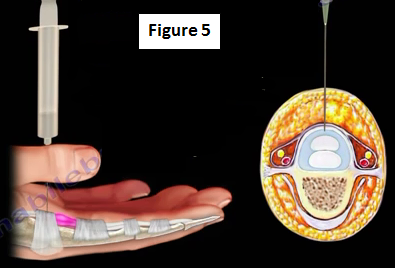 How do you release the A1 pulley?
The incision will be marked on the MP flexion crease (Figure 6). The incision is marked out in the palmar crease for surgical division of the A1 pulley. The correct fingers will also be marked before surgery. The A1 pulley is exposed and released, followed by the release of the tendon. The patient is then asked to move the fingers to confirm the success of the operation. 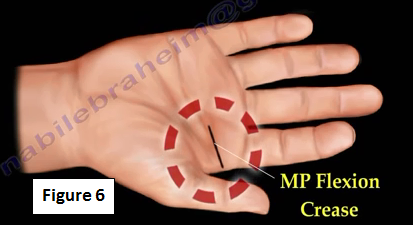 Incision for Surgical Release of Trigger Thumb
Incision for trigger thumb release is placed in the MP flexion crease (Figure 7). When releasing the flexor pollicis longus tendon, watch out for the digital radial nerve in the field of surgery. 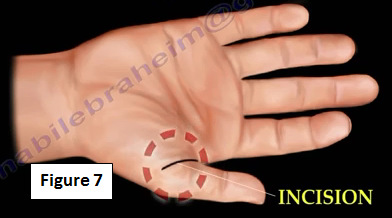