Asteroids are leftover rocks from the creation of the Solar System 4.5 billion years ago. Because they were formed with the same materials as the rest of the planets and moons, they have big deposits of water, gold, cobalt, iron, manganese, molybdenum, nickel, osmium, palladium, platinum, rhenium, rhodium, ruthenium and tungsten. It is believed that most of these elements, mined on Earth, actually came from ancient impacts of asteroids on our planet's surface.

Of particular importance are "rare earths", a group of chemical elements that are...ehem...rarely found on the surface of the Earth. They are heavily used in circuits that work in our cellphones, televisions, cameras, batteries, electric cars, solar and wind energy technologies, lasers, among many others.

According to US Geological Survey estimates, China dominates the world reserves of rare earths with 48% of the total, followed by the US with only 12%. These values vary a lot depending on new deposits being discovered, yet most estimates place rare earth worldwide depletion 100 years into the future.

This is where asteroids come in, with millions of all sizes, shapes and orbits lying around the Solar System. Planetary Resources Inc. has estimated that a single middle-sized 500 meter (in diameter) asteroid contains up to 5 trillion US dollars worth of water (which can be used as a propellant in space) and 3 trillion US dollars in platinum. Another study placed the value of precious minerals and rare earths in an asteroid with a diameter of 1.6 kilometers around $20 trillion US dollars [1]. A word of caution, these are estimates by entrepreneurial industries which are looking for funding and might actually balloon estimates, as found by a Harvard study which also mentioned that only ten known Near Earth Asteroids are worth mining [2].

Nonetheless, a single middle-sized asteroid sounds like a trillion dollar venture that requires billions of dollars of technology and research to explore and which could become commercially feasible if stocks are depleted on Earth and rare earths and precious metals' prices skyrocket. 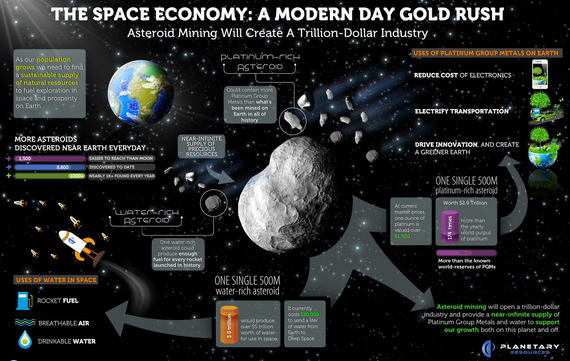 Back to the present, July 16, 2015 to be exact. Planetary Resources deployed the Arkyd 3 (A3R) spacecraft from the International Space Station (ISS). It's mission: to test software and special electronic systems during 90 years in low Earth orbit. These test will pave the way for new, more complicated missions that will eventually become the robotic asteroid miners of tomorrow. 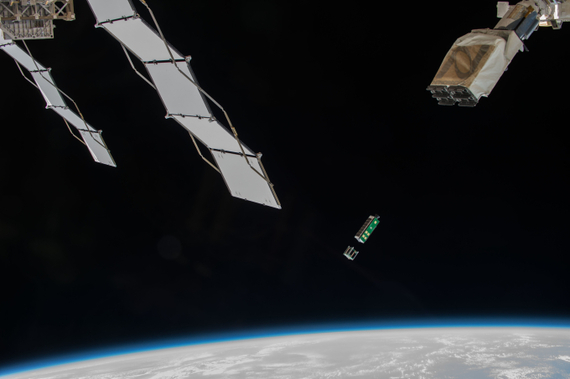 A3R launched onboard a SpaceX Falcon 9 rocket (another commercial space initiative) to the ISS as part of a crew resupply mission. It is small (just 4 kilograms in weight) but will undoubtedly provide a wealth of information for future missions. 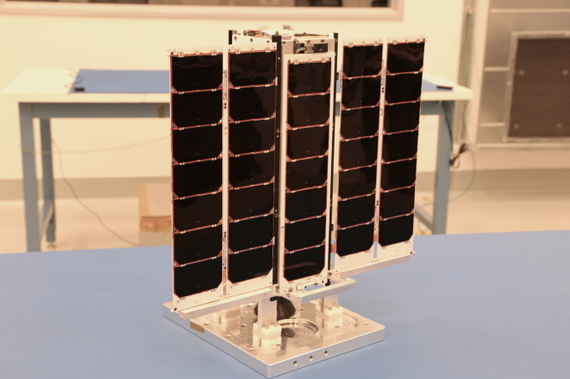 A future mission, Arkyd 6, will launch later in 2015 to test other crucial systems such as power, communication and propulsion systems. It will also add sensors to detect and characterize potential resources in water-rich asteroids.

Science fiction is becoming science as you read, and the quest for essential materials from outer space is well under way.