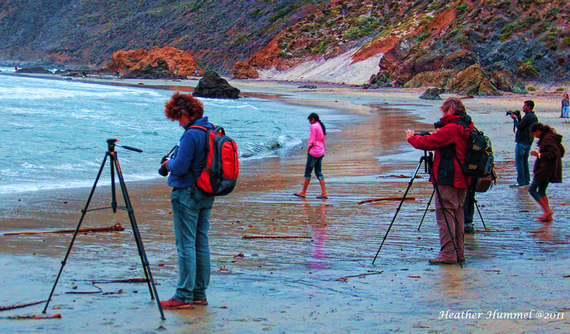 Many photographers dread pulling out their tripod, because they're a bit on the heavy side and can be a hassle to carry around, especially when out in nature. However, using a tripod can make the difference between an amateur shot and an epic shot.

Taking the time to set up the three-legged gadget that every photographer should have in their toolbox can benefit the end results in compelling ways.

The best argument for using a tripod is to increase the camera's stability. That's what they were made for, and when stability is on your side, razor-sharp images are more likely to be in your future. The extra bit of time it takes to unpack and set up a tripod tends to discourage a lot of amateur photographers. Yes, it does take extra time. Nevertheless, isn't it better to ensure a selection of sharper images? If you spend all that time heading out into the woods, fields, rivers, mountains, oceans or wherever else your photography muse takes you, then certainly coming home with blurred images (and possibly a few ticks or mosquito bites, too) will defeat the purpose.

To forgo a tripod and only hand holding a camera in low light increases the odds that the shot will be blurry, especially with a shutter speed of less than 1/250. This will be especially evident when the image is enlarged.

In photography, the equation is simple: Shaking equals blurring. With a tripod, the shutter can stay open as long as needed -- minutes and even hours -- and as long the camera remains still, the picture won't be blurry. Note that there will be times when Mother Nature can interfere, such as during high winds, which can obviously rattle a tripod and camera around a bit. In conditions such as these, further adjustments will need to be made.

Setting Up and Setting Seconds

The best approach for setting up a tripod is to find solid and stable footing. Uncertain footing beneath your camera, which can be common in landscape photography, can be expected. This is why tripods have a multitude of adjustments. Adjust the individual leg lengths to accommodate for ground that isn't level. For example, one leg may end up on a rock while the other two are in sand or dirt.

Once the camera and tripod are set, use the two second self-timer to ensure your fingers don't shake the camera. If you aren't sure how to set the self-timer, check with the camera's user manual, or do a quick Google or YouTube search. The answer is bound to be out there, especially for current digital cameras. 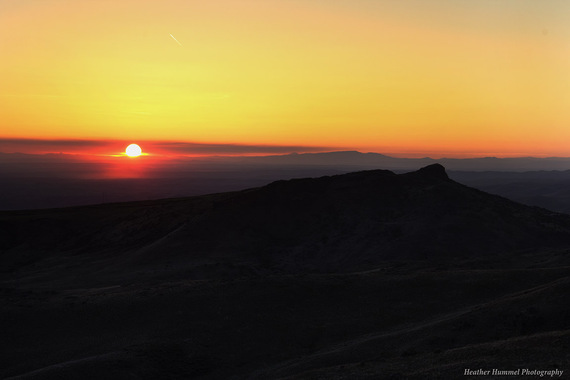 Shooting a sunset, full moon, or cityscapes are three of the most popular low light shots. However, any photographic situation that involves slowing down the camera's shutter speed, such as this sunset shot I captured in Boise, Idaho, will require a tripod.

Depending on the ISO setting and which camera mode is set -- Manual, Program or either Aperture or Shutter priority -- a slow shutter speed (under 1/250) is likely in low light. Naturally the ISO can be set high, such as 3200 or 6400, to be able to increase the shutter speed, but the end result could mean a grainier image (for most cameras).

Depending on the creative effect desired, going with a lower ISO for sharper images will mean a slower shutter speed and the need for stability. In this sunset image, I set the ISO at 200, the aperture at f/16, and the shutter speed at 1/13. I also used a neutral density gradient filter to mask the sky, allowing even light across the entire image. For added insurance, I set the self-timer set for two seconds, but I have also used a remote shutter release, which are very inexpensive and easy to use. 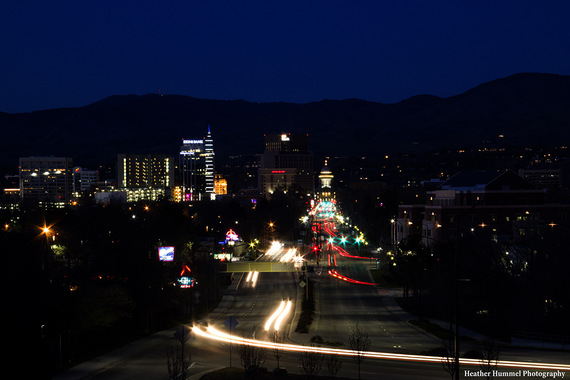 Have you ever wondered how a photographer captures car lights streaking down the highway, like in this image of downtown Boise, Idaho? To capture this image, I set up my Canon on its tripod on a hill overlooking downtown Boise, which was actually the Boise Depot. I set my ISO, and since I use the Manual setting, I set the aperture, f/stop, and shutter speed, too. Next, I waited until the street lights changed from red to green and for traffic to start moving before pressing the shutter button, which triggered the two second self-timer. With my camera on a tripod, I set the ISO to 800, which was higher than the sunset image because it was quite a bit darker and I didn't want the shutter speed to be too slow. The aperture was set at f/20, and the shutter speed was 5 seconds -- long enough for the lights to create the stream, but not too long.

As the shutter remained open, all of the headlights and city lights are recorded onto the camera's image sensor, creating the streaking effect from the moving lights while the building lights remained sharp.

Without a tripod, nighttime images turn into a blurred mess. The tripod is what creates truly amazing images.

Take these extra few steps, and you will soon see a big difference in the quality of your images.

Situations That Do Not Use a Tripod

Certainly there are times when photographers can't or don't use a tripod. These are usually the photographers in action who develop other skills to compensate for not utilizing a tripod. They are the ones who may also need to remain inconspicuous. Photojournalists or underwater photographers are two great examples. Rarely will they lug the extra weight of a tripod in the field or under the sea. These photographers have developed the skill of keeping steady and shooting quickly.