BEIRUT -- The world's most feared jihadi group, the Islamic State (ISIS), is parlaying its dramatic gains in Iraq into Syria. Already flush with cash and weapons, ISIS stands to receive another, invaluable windfall in Aleppo, Syria's largest city prior to the war. Regime forces there are on the verge of encircling opposition militants. Their success in doing so would benefit ISIS as much as it would Bashar al-Assad, throttling the more moderate rebel enemy both share.

ISIS's recent victory in eastern Deir al-Zour province -- where it defeated a rebel alliance including jihadi rival Jabhat al-Nusra, and where it now controls all major oil fields and most population centers -- enables the group to turn its attention elsewhere. Having gained resources and freed up manpower, ISIS can move to retake ground lost to rebel factions in and around Aleppo in early 2014.

Rebels there, weakened by that battle and the regime's simultaneous campaign that exploited it, lack the organization and resources to halt the regime's progress in severing rebel supply lines. Should ISIS escalate against rebels in the northern countryside, as the regime attempts to besiege their allies inside the city, it could potentially deal a terminal blow to the rebellion in Aleppo. ISIS would likely regain valuable territory along the Turkish border, positioning itself to attack the pragmatic rebel factions that dominate Aleppo's western countryside and much of Idlib province.

ALEPPO IS THE PRIZE

Given Aleppo's importance in the war with the regime, the defeat of anti-ISIS rebels there would shatter the backbone of the mainstream armed opposition. In seeking the destruction of the mainstream opposition, as in so much else over the past year, regime and ISIS interests coincide.

For the former, it would render the possibility of an effective Western-rebel partnership even more remote, leaving the regime as the lone apparent alternative to ISIS rule. For the latter, it would create a vacuum in the anti-regime struggle that ISIS would seek to fill, hoping to eventually redeem its reputation among anti-Assad Syrians by emerging as their defender of last resort.

ISIS recently authored this very playbook in Iraq. There, in 2007, as in Syria in 2013, ISIS's authoritarianism within opposition strongholds alienated civilians and turned rebel allies into foes. This fueled a backlash that eventually, with American help, drove the jihadis to the verge of defeat. Yet, in Iraq, ISIS -- known then as the Islamic State of Iraq -- laid the groundwork for its reemergence through lethal campaigns targeting the Sunnis who had turned against it.

It was helped by Prime Minister Nouri al-Maliki, whose desire to monopolize power proved devastating to the cohesiveness, influence and credibility of any alternative Sunni leadership. The result, ultimately, is the current scene in Iraq: many who once fought ISIS now cheer it, or assist it by default, in their struggle against Shia-dominated forces that are viewed as corrupt occupiers by much of the Sunni population.

TURNING FROM IRAQ TO SYRIA

The potential for ISIS to engineer a similar resurgence in Syria is real. Should it succeed, ISIS would be well-positioned to present itself to Sunnis in the region at large as the only remaining force with the strength to oppose reviled regimes in Baghdad and Damascus.

The American role in supporting rebels may be the key variable here. Recent, modest shifts in the U.S. approach have helped improve coordination among the opposition's main regional backers (Saudi Arabia, Qatar and Turkey), resulting in a drop in support to leading Islamist factions. But efforts to increase assistance to more moderate rebels remain hamstrung by familiar problems: the limited capacity and geographic scope of groups meeting Washington's criteria; the parsimonious support delivered to rebels on key fronts, including Aleppo; and the regime's freedom to bomb indiscriminately from the sky.

Although the current U.S. approach seems to aim solely at keeping rebel forces alive, it is on the verge of failing to do so. The U.S. has consistently avoided tough decisions in Syria, preferring supposedly lower-risk options that in practice contribute to the jihadi ascent. It did the same in Iraq during the past several years. If the outcome there is any indication, the need for a coherent American policy in Syria today is truly urgent.

Correction: An earlier version of this piece incorrectly stated that Aleppo was the second largest city in Syria. It is the largest city. 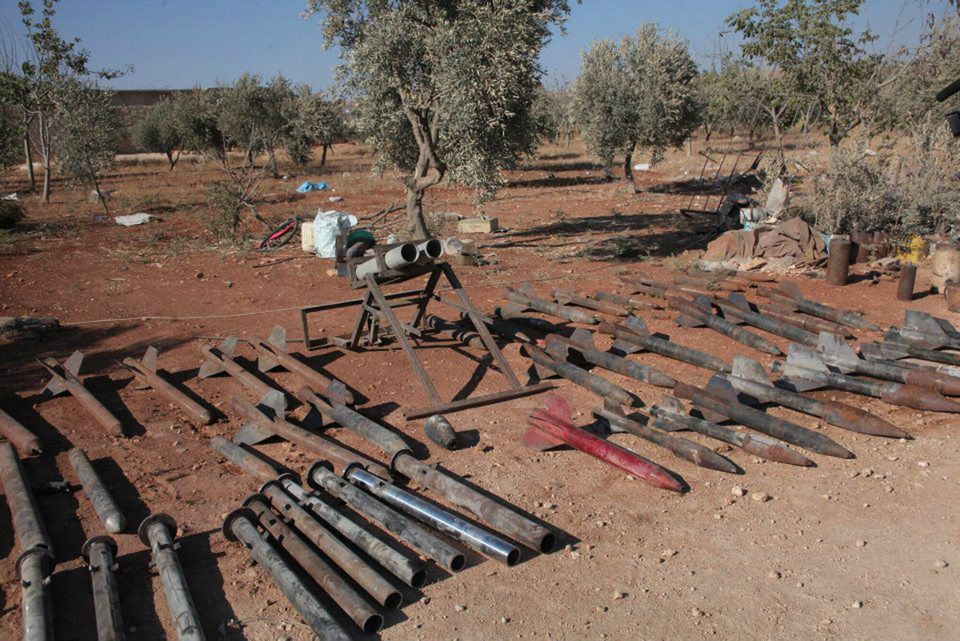