LOS ANGELES -- Troy Isaac never made it past the fifth grade. "I was locked up when I was 12 and didn't make it out until I was 36," he said.

As soon as Isaac had served his time for one nonviolent crime, he'd be back inside for another -- within just two to three days, he recalls. He has an easy explanation for his recidivism: "I thought that everything was done for me inside. There was shelter and food. I got to act stupid. I wasn't ready to be an adult."

It took two remarkable women and some new insight into his own choices to alter that two-decade direction. Today Isaac serves as what he calls a "freelance" advocate for the homeless, the abused and the incarcerated. And other members of Los Angeles' advocacy community praise his work.

We decided to reach out to Isaac, after his recent interview on KPCC's Off Ramp, to learn more about his story. KPCC provided us with images (below) and a video (above) just released today.

When he was 24, because of the abuse and because of his own destructive, defiant behavior, Isaac was moved into security housing, which meant that he was alone in a windowless cell 23 hours a day. The one perk: a private television. Isaac liked "Oprah," and the other guys didn't.

"You had to watch it on the down low because they felt she was a man-hater, so it was taboo," Isaac recalled. "I would watch her faithfully every day. I would never, never miss her."

It was Oprah's "Remembering Your Spirit" series, started in 1998, that began to change Isaac. "It was so key in helping me understand who I am, believing in myself and knowing that there's something bigger than me. That I'm a vessel, and it's not about me," he said.

A few years later, another woman stepped into Isaac's life -- and this time, actually into his cell. "She saw something in me," he said. Sister Mary Sean, who works for the Catholic Archdiocese of Los Angeles' Restorative Justice program, encouraged Isaac to write self-help materials for prisoners preparing to re-enter the community.

Having first been uplifted by Oprah and then by Sister Mary Sean, Isaac said he came to realize that his "purpose" was to help others. "It is a beautiful, beautiful feeling once you find out why you are here on earth. And now that I've got it, I'll never let it go," he remarked.

Almost immediately after being released in 2008, Isaac began to pursue his new life as a freelance homeless advocate. At first, he reached out to fellow homeless individuals around Skid Row. Now, he travels by bus to help the homeless across Los Angeles, the city with the largest homeless population in the country.

He approaches individuals living on the streets and asks them if they need anything. Sometimes it's food, clothes, blankets or cigarettes, in which case Isaac walks to the nearest store and buys the requested item. Other times, people just want to be talked with and listened to, Isaac said.

When it's shelter that an individual seeks, Isaac calls the contacts he has at various housing organizations. When rape occurs on the street, Isaac calls the police and rides with the victim to the station. When a homeless individual is in the hospital, Isaac visits and advocates for that person.

He gives his cellphone number out to every person he tries to help. When other organizations are closed, he's open. "I tell them they can call any time of day or night," he said.

One of the homeless advocates who works with Isaac is Carmen Risiglione, executive director of the San Fernando Valley's In2Rekovery Foundation, which provides housing and jobs for the needy. She welcomes Isaac's referrals because sometimes she has openings and no one to fill them, she said.

"I don't know anybody else who does what Troy does," said Risiglione. "And you can tell how much he enjoys it. I get phone calls from him at 7 a.m., 5 p.m., at midnight. 'Carmen, I have this person with me!'" she chuckled.

Speaking to Isaac's character, she added, "He is so sensitive to others' pain, whatever the pain is, physical or psychological."

Isaac learned that sensitivity in a very hard school. He is one of many victims of prison and jail overcrowding and violence in California, which has the nation's largest state prison system. Last week, the American Civil Liberties Union filed a lawsuit accusing LA County jails of turning a blind eye to brutality by deputies. Meanwhile, California is responding to an early 2011 order by the U.S. Supreme Court that it reduce prison overcrowding as the only solution to inhumane conditions.

At Pelican Bay State Prison, where inmates staged a hunger strike in September 2011 to protest conditions, Isaac's own experience drove him into a depression so deep, he said, that it discouraged him from eating and even putting the effort into walking to the bathroom. After a psychologist assessed his situation, he won an unlawful-confinement lawsuit against the California Department of Corrections and was released shortly afterward, in 2008.

As a member of Just Detention International's Survivor Council, Isaac speaks at conferences to share his story and helps train corrections officials with his experience of best and worst practices by prison staff.

Linda McFarlane, deputy executive director of Just Detention International, said it's unusual for someone who experienced abuse so young to be willing to tell his story in front of hundreds of people, "especially with such charisma and sense of possibility!"

She added, "His gift is inspiring people. You meet him, and you never forget him. He's sending people away with a positive message that they can help." 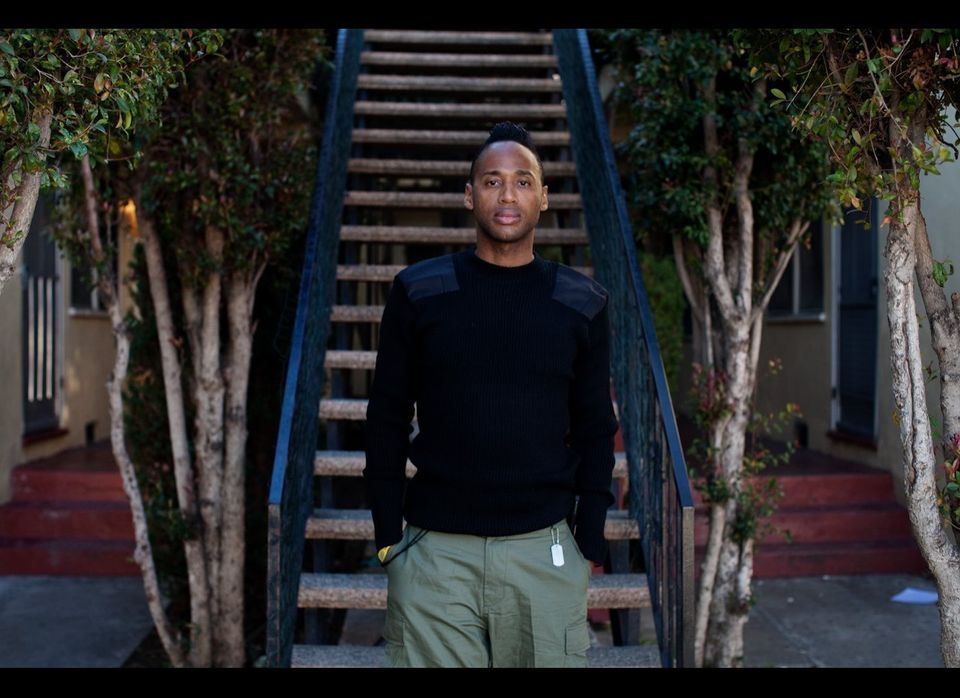