TORONTO -- Nobody yet knows what the 2015 Canadian election will mean for the country because nobody had the faintest idea it was going to turn out the way it did. The day before the election, the Ottawa Citizen predicted a Conservative win, and it was not alone in its poor judgment of the electorate. The Liberal surge was so sudden that nobody had time to consider the possibilities of the party's return to power, never mind a sweep to a majority from being the third place party.

The surprise has been substantial. The fallout has not yet settled. But one fact is becoming clearer by the moment. 2015 was an election fought about the nature of Canadian national identity itself and as such has been the most important in recent history.

2015 represents a generational shift in Canadian politics. Voters woke up on Tuesday morning to find that the most powerful people in their government were all under 45. Voter turnout surged seven percent this election, which is shocking for an election not contested on a central national issue like the conduct of a war or the implementation of a major economic policy.

The source of those votes is even more shocking. In one advance poll project, 70,000 students turned out. It is perhaps perfectly Canadian that nobody noticed its "youthquake" until it was over. Nonetheless, that is what happened. The boomers no longer control Canada. That fact is, in and of itself, a transformation to the underlying structure of Canadian political life.

Voters woke up on Tuesday morning to find that the most powerful people in their government were all under 45.

Youth wanted the old Canada back, it turns out. Political strategy led the Conservative party into dark corners this election: banning the niqab at citizenship ceremonies, setting up snitch lines for "barbaric cultural practices," creating second-class citizenship in the terrorism laws and reading lists of "the enemies of Israel" at rallies.

Whether or not he intended it, Stephen Harper turned the 2015 election into a referendum on Canada's Charter of Rights and Freedoms, which is the 1982 Canadian Constitution brought into effect by Justin Trudeau's father, Pierre. Justin's election was not just a matter of using his father's name recognition. It's not the same as a Clinton or a Bush running for President. It would be closer to a Washington or a Jefferson. The name Trudeau is synonymous with the founding document of the new Canada, and now it is synonymous with its enduring power.

Harper's Islamophobic strategy no doubt was an attempt to wrest votes away in Quebec. This strategy failed, spectacularly and catastrophically. And it is worth noting that in the last Quebec Provincial election, when the Parti Quebecois tried the same strategy, with the promotion of a "values charter," the Liberals also romped to victory. The lesson has been learned, one hopes: When the chips are down, Canadians love the openness and fairness of their founding document.

This election revealed that the traditional Canadian values -- multiculturalism and socialism -- are just too strongly embedded in the national consciousness to be seriously budged.

The rejection of Harper has left a huge open space in Canadian political scene, and it is unclear how it will be filled. The Harper government, particularly in the final weeks of the campaign, took one desperate stab to prevent defeat after another and ended in a miasma of viciousness and racism. After running against Trudeau's proposed plan to legalize marijuana and with a "tough on crime" philosophy, Harper had no problem trying to scrape a few votes out of his association with a crack-smoking drunk driver who was never arrested. The final act of his campaign was embracing disgraced former mayor Rob Ford at a rally in Toronto. Harper was willing to sacrifice every shred of his dignity to try to keep power.

The Liberals ran against Harper; it will remain to be seen what they do stand for and how they will govern. They have promised to repeal many of Harper's worst policies, like the cancellation of the long-form census. But it remains to be seen how ambitious the new Liberals will be.

Harper's defeat inevitably means a struggle for the soul of the Conservative party. Feelings about Harper were so divided before the election that even former Conservative Prime Minister Brian Mulroney announced he would be voting for Trudeau this time. Harper was famously a control freak who led a "party of one." His cabinet ministers were almost entirely ciphers. The Conservative party's best people -- like former Minister of Immigration Chris Alexander -- have been the face of their most racist policies.

Trudeau's not the same as a Clinton or a Bush running for President. It would be closer to a Washington or a Jefferson.

On the other hand, Harper did keep them in power for nearly a decade. How much of his legacy do they try to maintain? Or do they reject him wholesale? Will the party continue to play off anti-immigrant rhetoric? Will they turn themselves into a party like the National Front in France? Will it return to its more centrist roots or continue down the path to American-style Republican insanity?

Harper famously said in 2006, "You won't recognize Canada when I'm through with it." During his time in power, it sometimes felt like he would accomplish his goal of national transformation. But in the end, he has left very few legislative achievements that the incumbent party cannot simply overturn. This election revealed that the traditional Canadian values -- multiculturalism and socialism -- are just too strongly embedded in the national consciousness to be seriously budged. 2015 was the most important election in my lifetime for that reason alone. It mattered for what didn't change as much as for what did. 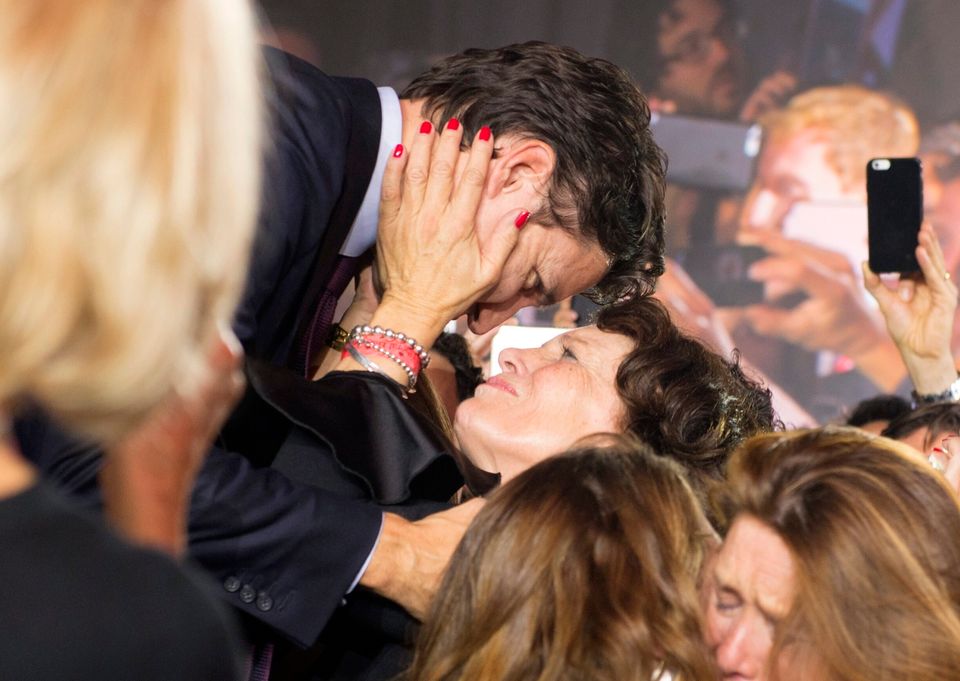