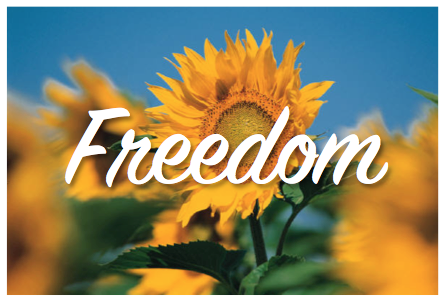 Hey! Want to read some true and happy stories of people who have implemented the formula for Not Taking It Personally? They've set themselves free from drama! (The stories are true; the names have been changed)

To reiterate the foundation of what we're discussing: Taking it Personally is either accepting someone's accusation as our truth or creating a story where it's possible none exists. It's not beneficial to take something personally. We can choose to not take it personally and, when we do, it benefits us emotionally, physically and psychologically.

And here's the formula for Not Taking It Personally:
Step #1. Recognize when we're taking it personally
Step #2. Define the meaning we are applying
Step #3. Factualize it
Step #4. Move forward

Disastrous Meetings
Meri's boss asked me to help her run meetings more effectively. She had the information, but the meetings were a mess and people were beginning to lose trust in her. Meri described what she was experiencing. "They're always questioning everything I say. I can't ever bring up a topic without people cutting it down."

We talked about the purpose of meetings: for collaboration, not for her to deliver the answers. (This is a common misconception for new managers.) This realization shifted her perspective 180 degrees on the dynamic of the meetings. The more we talked, the more she recognized how annoying she must have been! We laughed about it, and I made sure she knew she was not alone. We've all done this! Then we went deeper into the formula for Not Taking It Personally because leading group collaboration requires objectivity, the neutral thoughts that the formula helps us achieve. Picture this:
You're leading the collaborative meeting. You're calm, focused and making sure everyone gets a turn to contribute. Except that one person keeps cutting you off and gets louder and louder. Your role as the leader is to NOT take it personally and calmly hold that person accountable for sharing the floor.

In our sessions, Meri shared real-time stories of frustrating colleagues who demanded attention. We broke down each scenario and she began zipping through the formula quickly and mastered it to the point where our work was done. She now ran outstanding meetings and became the go-to meeting facilitator in her division.

Success metric: Meri no longer takes it personally when someone interrupts her. She has freed herself from drama. This is a life long gift far more important than the bonus benefit. Although the bonus benefit is awesome.

Bonus benefit: Meri's boss was so impressed with Meri's transformation into a true leader that she promoted Meri who now runs a company-wide initiative that requires multiple monthly cross-departmental collaborative meetings.

The Provocative Colleague
Darla's colleague enjoyed provoking reactions. He personalized his attacks to get the greatest reaction. To Darla, he would make smarmy comments when she presented to the team, he would make fun of the town she lived in, and he would say her boyfriend was a loser. He knew just how to push her buttons. It got to the point where she dreaded going to work.

Darla and I talked about her role in this dynamic. Was she feeding his provocative nature? If so, could she starve it instead? It was time to implement the Not Taking It Personally formula.

1. When Darla would react defensively about her town, she was taking his comments personally.
2. Did Darla believe his comments about her town and did it make her look bad to live there?
3. The fact is, she loved where she lived and, wait just a second! Wasn't this a ridiculous topic to even be discussing?
4. She was able to giggle it off the next time he made a comment because it had NO meaning to her.

Once Darla began to truly connect these 4 steps to her day to day at work, she found it was getting easier and easier to Not Take It Personally. Over time, their boss watched the dynamic and commended Darla for being so poised in the face of provocation. Her lack of defensiveness enabled the boss to see clearly what was going on and put a stop to it. He hadn't been able to see it before because it was two colleagues sniping at each other like 6 years olds.

Success metric: Darla freed herself from drama by owning her power to Not Take It Personally. Keep in mind that this is a life long gift far more important than the bonus benefit. Although the bonus benefit is fantastic.

Bonus benefit: The boss was able to accurately witness the dynamic and was therefore able to make appropriate changes.

A Mom and Daughter
My mom had always wondered where I came from. I was artsy and different. I wondered why my mom didn't see the world as I did and took every comment as an attack on who I was. One day I got tired of being defensive and out of weariness grew connection.

We were sitting on the shore of a lake looking at the trees and sky. It was a gorgeous summer day. I said, "Look at all those greens! There are so many." My mother paused and said, "What are you talking about?" At that moment, I chose to not react defensively. I chose to explain it to her with the belief that she realy didn't see what I saw. I began pointing out the many greens there were - the more yellowish green, the darker green, the even darker green. I didn't get condescending and use art school color language to show off what I knew. I used a shared language that we would both understand. She started to join me in saying, "Look that's a brownish green!" The she thanked me. She thanked me for opening up her world. Gratitude pours out of me at this memory from so may years ago.

Success metric: I freed myself from constant drama with my mom. My choosing to not be defensive, to not take it personally, was the beginning of my mother and I seeing each other. What a gift.

Bonus benefit: Seeing my Mom as a whole being.

Did you find this helpful?
Do you have a situation you want help with?
Comment below and I'll respond between 12-1 each business day.