As fans prepare to bid farewell to Sookie, Eric, Bill, and Arlene when "True Blood" ends on August 24, one thing watchers will miss most of all about HBO's vampire soap is the music.

The man behind the series' pitch-perfect blend of spooky, hip and delightfully weird is Gary Calamar, the show's 57-year-old music supervisor. In addition to steering the songs for shows like "House," "Dexter" and "Entourage," he's nabbed a Grammy nomination for "True Blood's" soundtrack.

"'True Blood' is kind of a dream show to work on," Calamar told The Huffington Post from Los Angeles. "It's also great being able to work with [show creator] Alan Ball again [after "Six Feet Under"]. He's a big music fan and loves to use a lot of music."

Typically, Calamar said he receives a script for an episode, which the writers have named for a song, setting him off on a music hunt.

“When I received the script for [season 4 premiere] “She’s Not There,” the plan was to use the original Zombies version, but then I realized that we had some time and thought, 'Maybe we can do something different here,'" Calamar said. "I was going through my music collection and came across Neko Case. Then about one shelf down was Nick Cave and I thought, ‘That would be a good collaboration.’ And then it happened.”

Other collaborations have included the original track "Boot And Rally" that Calamar penned for Iggy Pop and Best Coast singer Bethany Cosentino.

"Iggy Pop is a fan of the show and actually called about doing music for 'True Blood,'" Calamar said, "To make it happen, he recorded his parts while on tour in Spain. That was also fun for me, allowing me to take songwriting a little more seriously.”

Even with a music-positive show and "a good music budget that allows us to have fun," not everything plan has hit the perfect note. Calamar recalls being particularly excited for another collaboration with Jenny Lewis to cover The Animals classic, "Don't Let Me Be Misunderstood." It fell victim to a season shortened to accommodate star Anna Paquin's pregnancy.

"It was an episode that ended getting cut, so they song never made it into the show," Calamar said, noting it did eventually make it on the season's soundtrack.

Surprisingly, it was one of the show's most iconic music moments that, according to Calamar, almost didn't happen.

While Calamar was looking for a song that would serve as the title track in the opening credits, Ball stumbled on a free iTunes track of the day during a writing break, Jace Everett's "Bad Things."

"It was supposed to be kind of placeholder — I had some other ideas — and then it ended up sticking," Calamar said. "I think it really provides a great template for the rest of the show."

Calamar revealed this Sunday's episode will feature a collaboration between indie rocker Damien Jurardo and Moby, along with "a few more surprises" before the show wraps for good. Next up, Calamar is working on music for the BBC America show, "Intruders"; the M. Night Shyamalan-produced "Wayward Pines" coming early next year; the forthcoming Jason Sudeikis film, "Tumbledown;" and an EP of his own work coming in October.

We asked Calamar to select a few songs for some of his favorite "True Blood" characters over the years:

Sam Merlotte
The Byrds - “One Hundred Years From Now"

Lafayette Reynolds
The Dramatics - “What You See Is What You Get"

Maryann Forester (the Maenad)
PJ Harvey - “To Bring You My Love” 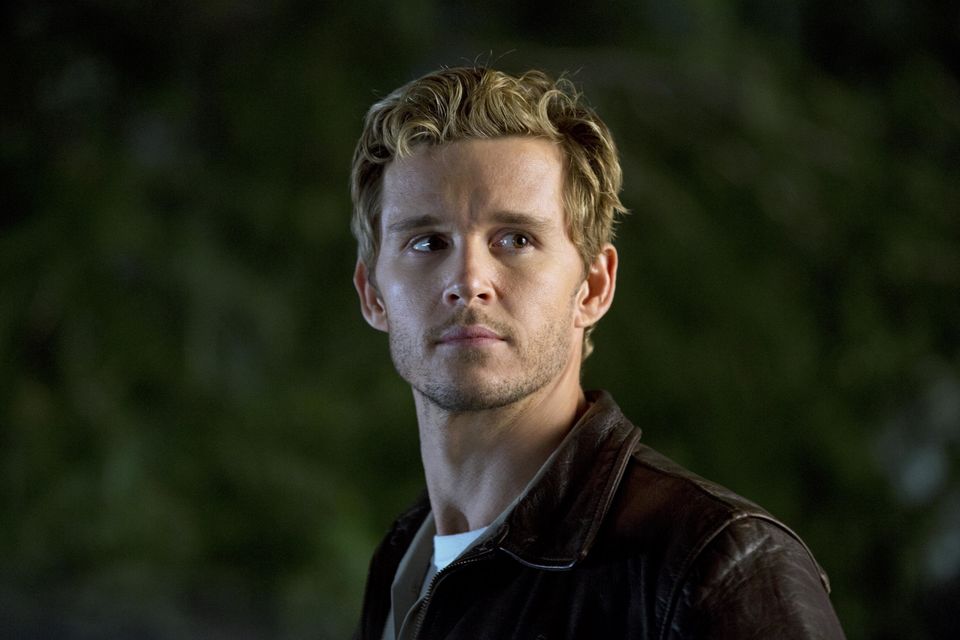