From the moment "GOD HATES FANGS" flashed across the screen in the
title card of the first episode, True Blood has been accused of being
riddled with gay metaphors and analogies. Academics eagerly pounced on
the narrative in the first season, claiming, for example, that it is
an epic fable meant to illustrate the struggle gays and lesbians face
in their pursuit toward "normality." 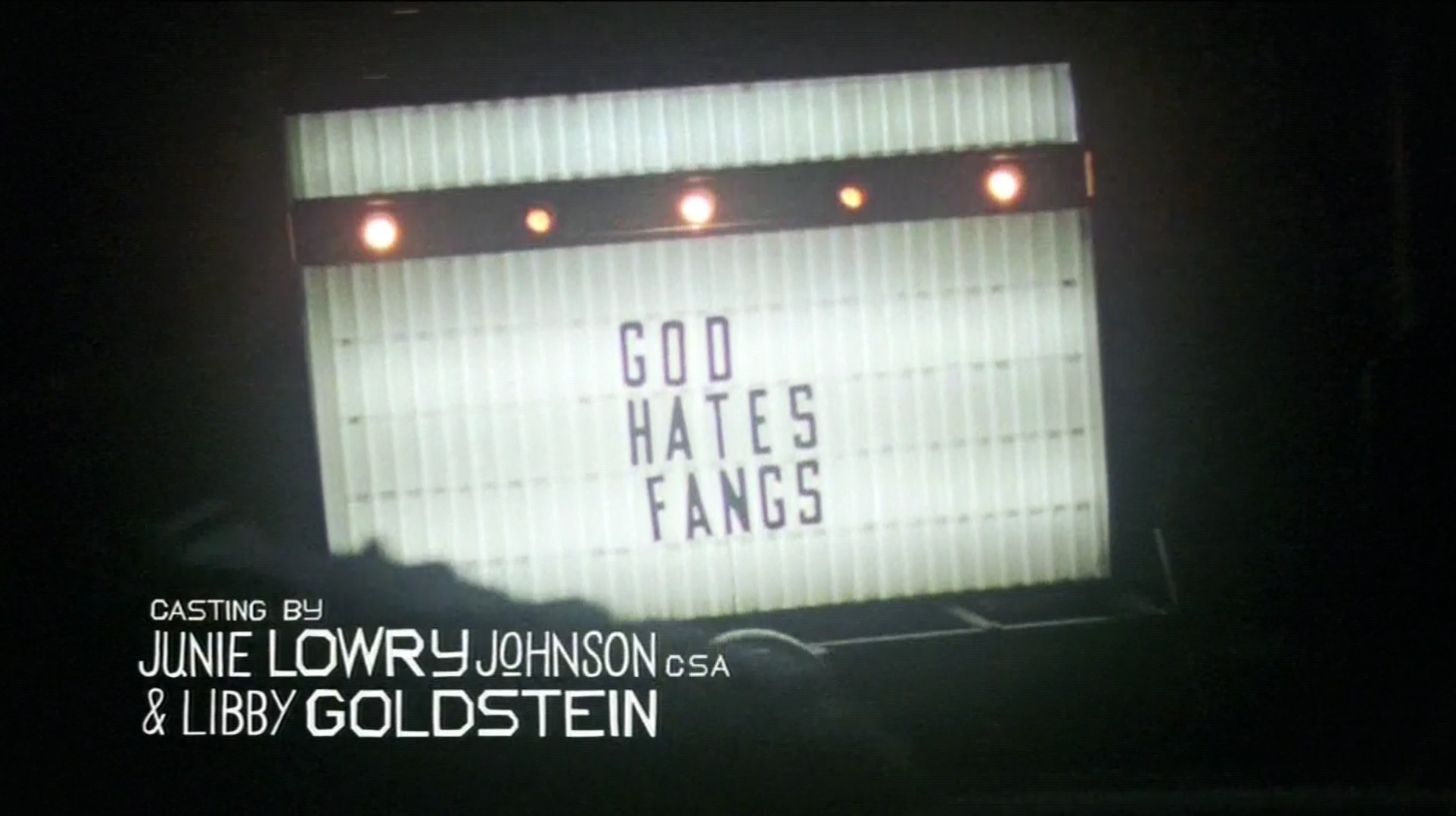 The supposed allegory (vamps = gays) hasn't been lost on many of the
show's gay fans, who celebrate its campy melodramatics and
fang-in-cheek humor. Sunday night Jessica even consoled Tara, a
newly-minted woeful vampire, by assuring her that "it gets better" --
reminiscent of Dan Savage's now-famous campaign. Some of its straight
viewers have been less forgiving, like Todd Herremans, who last year
tweeted complaints about the show's "barrage of homosexuality" (he has
since apologized).

But if we buy into this analysis, now five seasons later, what has
happened to the allegory? In the second season when we had
fundamentalist Christians fighting vampires, the analogy was simple
and relatively easy to follow; I would have called it a brilliant
critique on the fundamentalist conservatism beginning to brew in the
formative years of Obama's administration. In the third and fourth
seasons, however, things became decidedly hairier when the vampires
began to shed the delicate veil of "goodness" to reveal that, at their core, they're pretty evil and dangerous. Infectious, if you're holding
true to the allegory.

So far this season we have had a sneak peek into the office of The
Authority, an organization against vampire defamation that is
dedicated to ensuring equal rights for vampires using a mainstreaming
motto to the tune of "we suck just like everybody else!" What does it
mean that these "good guys" are narratively positioned as bad guys,
willing to torture and kill any fellow vampires who would give "the
agenda" a bad name (as a sidebar, let me now just publicly pledge my
fealty to GLAAD).

The Authority (VAD?) kills an order of fundamentalist vampires known
as the Sanguinistas who are devout followers of God and his
immaculately conceiving first vessel, Lilith. For the Sanguinistas,
humans (Adam and Eve) were made by God only to serve as food for the
vampires, which every single meat-eater has matter-of-factly argued to
me ever since I stopped eating it. In short, the crazy fundamentalists
have gone from being fang-hating Christians to card-carrying vampires,
which has made me wonder, what's the allegory picking up on now? 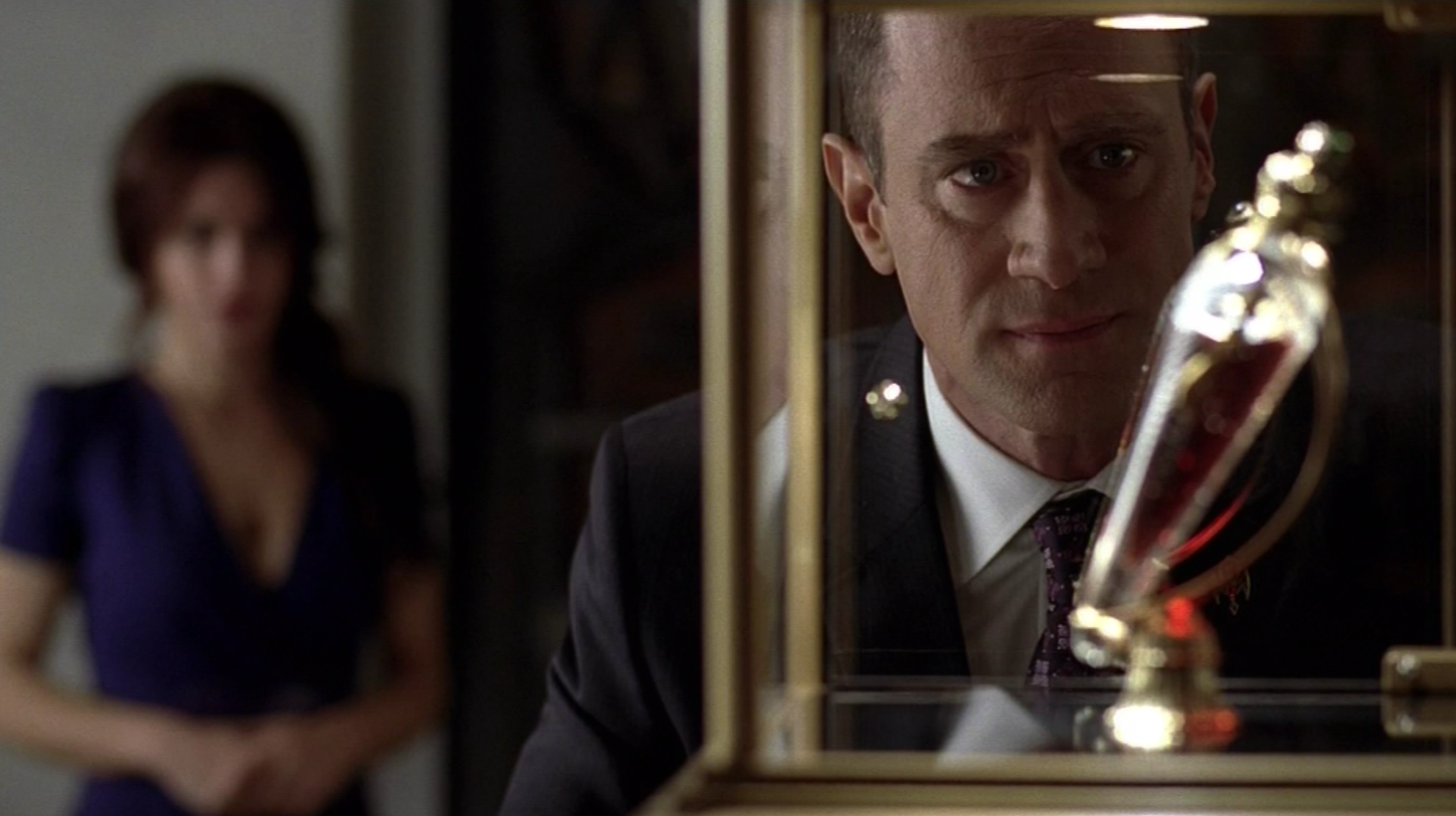 And then I remembered something. Back in February, I ran across a
casting call for this season of True Blood. They were casting the
character "Joe Bob" who fit this description:

CAUCASIAN, EARLY 30s,
White trash. An anti-vampire terrorist wearing an Obama mask to hide
his identity, he shoots one vampire with a hunting rifle and takes his
victim prisoner. Recurring.

In last night's episode, that character (or a band of drunk-Obama-mask
wearing characters) premiered in the back of a pick-up truck shooting
shifters. (I know I'm supposed to hate them, but so far they ARE
taking out all the characters I really hate). 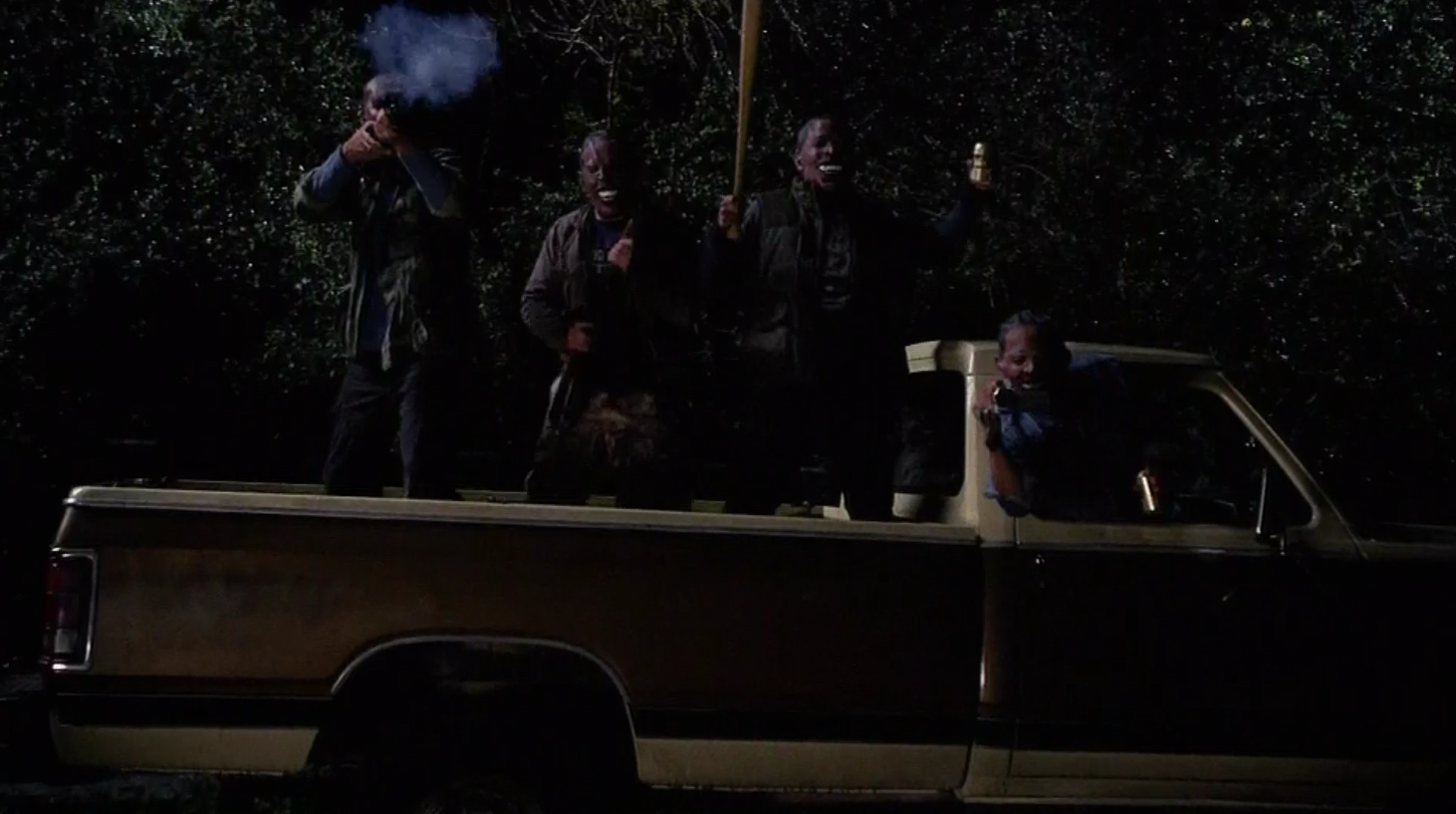 Although there are political masks for everyone from Hillary Clinton
to Sarah Palin, Alan Ball came to play at a time when the now-famous
Richard Nixon mask with the "classically caricatured nose" came to
prominence. It was often worn by anti-Nixon protestors as a sign of
disaffection for his crumbling, Watergate-infested administration.
Basically, their scary Halloween costume. Is Obama to the Tea Party
what Nixon was to hippies?

True Blood has always and probably will always have a socio-political
agenda. It's interesting that now Ball is flipping the Nixon-mask (and
numerous other metaphors) to demonstrate the way in which
fundamentalist conservatives and Tea Partiers are manipulating and
buying into the image of Obama as a wicked man. For these
"anti-vampire white trash," the face of Obama himself has become the
"big bad" who is to be feared for the devastation and chaos he will
surely leave in his wake. I suppose, as heathens, our only means of
salvation at this point are daily doses of Hail Liliths.

What do you think of the supposed True Blood allegories, and how do
you see them playing into this season?