Admittedly, my digital marketing career never really took off until I started doing SEO in 2007. And up until January of 2012, I was still professionally known as that "SEO guy." For you SEOs reading this, you know exactly what I'm talking about. Small business owners loved to talk to me about their websites and I listened to them all.

Most who knew me would pawn their friends with websites on me. It still happens occasionally to this very day. I liked it at first because it put money in my pocket and in the pockets of my clients. It didn't feel dirty at the time, but looking back I was simply taking advantage of Google's technological shortcomings and the ignorance of my clients' competitors. 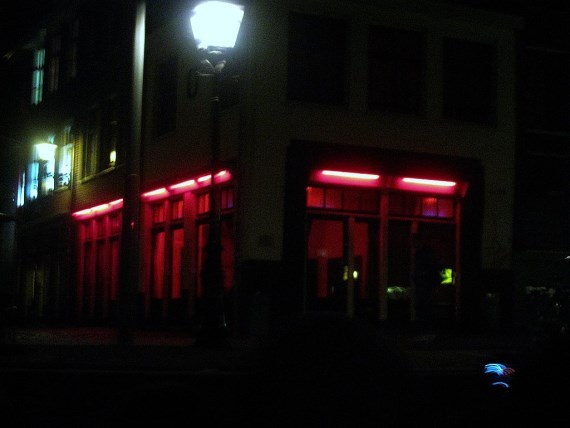 I'll never forget my first client (who shall remain nameless). It was a trucking and warehouse company that I tried to sell a website to. You see, prior to doing SEO I was hustling websites to small businesses. Yup, I was a sales guy. One of the ways I'd outsell my competitors was to talk about SEO and how ignorant the other agencies were about it. I didn't just tell them, I showed them all of their mistakes.

In order for me to do this accurately I had to pick the brain of our resident SEO expert daily. When I wasn't doing that or selling I'd absorb any SEO content I could get my hands on (there wasn't much out there at the time). I was probably the most knowledgeable SEO guy on the planet that never did SEO. It was my competitive sales advantage in the field.

Then one day I got pulled into a conference room and was told I no longer had a job. I hadn't been paid in weeks and kind of saw the writing on the wall. Something funny happened a few hours later that would change the course of my career forever -- my first client called me.

It was the owner of that trucking company mentioned above. He told me that he was thinking a lot about SEO after I showed him he didn't rank on any search engines for anything. Not even for the actual name of his company. He didn't need a new website because he just had one developed. I told him that I'd be happy to introduce him to my former employer. After all, I only talked the SEO talk, and never actually played the SEO game.

He politely told me that he wasn't interested in speaking with my former employer and insisted that I do the work. For the first time in my digital career I was put in a position to execute what I had verbally advocated for years. I was scared so I insisted on meeting his web designer to enlist his help.

After a little keyword research we rewrote all of the page titles, meta data, H1 tags and some body and nav copy. I quickly followed that up by submitting the site to all of the search engines. Next, I started building [spammy] links (yes, that was considered a good SEO practice back then).

Six weeks later my phone rang again. It was my first client inviting me out to dinner. At the restaurant he told me that he just closed a two-year, $10 million deal from a prospect that typed in one of his keyword phrases on Yahoo.

It was at this moment that I realized the marketing power I yielded. In hindsight, I merely keyword-stuffed certain areas of his website and created spam on other websites that linked back to his. That was SEO and it was easy. My "marketing" career was born. Marketing is in parenthesis because keyword stuffing and creating spam was never really marketing.

After that I started taking on more clients. Most of them didn't "deserve" to outrank some of the household name brands they outranked, but I didn't care. I was a keyword-stuffing, spam-creating machine.

My own websites all ranked at the top of the search engines for all of the phrases that would help drive business. And they did drive business. I even got two biography pages on two separate domains to rank number one and four on Google for the phrase "Internet Marketing Expert." Those websites looked so awful and provided little value. They didn't deserve to be at the top of any search engine.

These spammy tactics continued to work well until the fall of 2011. My tactics had evolved and become more sophisticated, but I was still gaming the algorithms. As the SEO needle moved less and less, I started to create more blog content for our clients and our own marketing efforts. Months went by and suddenly a huge spike in organic traffic began to appear in the analytics.

The blogging had a greater impact on organic traffic than any "technical" SEO I could do. It was this day that I decided to retire as an SEO forever and be reborn as an inbound marketer. That was almost three years ago. In hindsight, I thought I was doing a good thing for people and businesses, but in actuality I was just a spammer that called it SEO. I had become an SEO whore.

SEO back then didn't really provide value to anyone, but the owner of the web property. Today's SEO looks more like marketing and PR and strives to provide value to everyone who's served up a webpage in a search engine. Creating problem-solving content that people love to consume, share and cite was really never in yesterday's SEO wheelhouse, but is the key to search visibility today.

Call it inbound marketing, content marketing or what have you -- being relevant to a search engine is about being useful to people online, not spamming the Internet. You see, today, search engine visibility is a byproduct of good marketing and PR -- it's a trailing indicator of success in those two areas. Once this is realized, SEO merely becomes an afterthought. It took me awhile, but I'm glad my SEO whoring days are over. That felt good to get off my chest.