The season premiere of "True Detective" proved divisive last week, but entertainment editors Erin Whitney and Matthew Jacobs are sticking to their promise to discuss the show every Sunday. This week's episode dove slightly deeper into the mystery of Ben Caspare's death. The city manager's grisly autopsy report prompted Ray (Colin Farrell) and Ani (Rachel McAdams) to question whether a penchant for prostitutes led to his demise. Meanwhile, we got an unsettling look at Paul's (Taylor Kitsch) family life, more of the series' noirish driving scenes, Frank (Vince Vaughn) worrying about his riches and a cliffhanger that could (rightfully) take the show in a whole other direction. Let's discuss.

Matthew Jacobs: Hi, Erin! We were pretty cruel toward last week's premiere, and the comments on our review seem to indicate a good number of people agreed with us. Then again, we were graced with a slew of ad hominem attacks on Twitter and via email, so clearly some of you took the episode as seriously as it took itself. Sadly, I don't think I'll be able to please the latter crop, so prep your aggression now, gracious readers.

I will say that Episode 2 was marginally better than the first. But hold on while I nod off as Frank moans about his self-made wealth ("Everything is papier-mâché" is an actual line uttered -- twice) and while Ray, Ani and Paul exchange vacant side glares as they examine Ben Caspere's body. On the other side lies the season's first intriguing scene: Paul's mother stroking his back and using what I assume is some sort of creepy euphemism when she tells him twice that he can have his "old room" if he spends the night. What is happening there? Give me more of that -- it actually feels like there is a character with layers on the screen and not hollow bodies who shepherd the vague plot from one phase to the next. 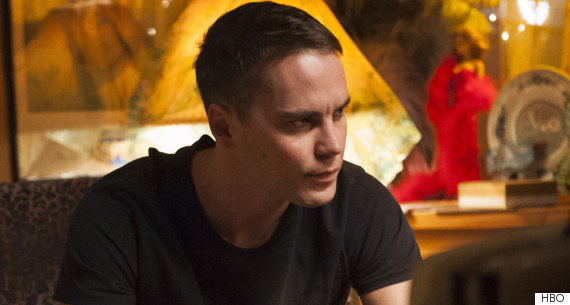 Erin Whitney: Before I jump into this and thus throw myself into the gladiator pit against "True Detective" defenders, let me at least say that I'm not simply comparing this week's new episode to Season 1. I will reference the initial season, though, because it's difficult not to mourn something great in the midst of watching the melodramatic scenes from this week's episode.

That opening sequence where Frank recalls his childhood with his drunk father is painful to watch, but in the wrong way. What should play as a poignant emotional moment is instead drenched in cheap desperation. Way longer than necessary, the scene feels like it's ripped straight out of an actor's guidebook to auditioning: the hardened criminal shows his vulnerability by recounting memories of his abusive daddy locking him in the basement. Pizzolatto has somehow lost all sense of subtlety in his writing to the point that I can't help but wonder if he's playing a joke on us.

Jump ahead to the car scenes between Ray and Ani and the group meeting between all three detectives. Each of these plays like a parody of Season 1 and, in general, much of quality television. Their conversations seem superfluous, or at least insignificant to the plot at hand. They don't reveal any distinct or deeper qualities about the characters. Part of me thinks Pizzolatto has completely flipped his writing style to subvert our expectations of what TV should be, which is what Matt Johnston claimed in his Business Insider review. Even so, that's not remotely engaging or serving any storytelling or symbolic purpose (at least not yet). I pray my mind will be changed by the end of the season -- I desperately want to be in awe of this show. But so far, I'm simply not convinced.

Matt: I can't say I buy that there is that much self-awareness at play, but I've seen others make arguments about its meta relationship to prestige programming, too. The show doesn't seem to realize what it's lacking, which is a sense of identity within the world it depicts. Every location featured is a grubby, nondescript part of this fictional LA-adjacent town, and without color from local denizens drifting through the background, it is rendered culture-less. That's why I griped about the freeway shots last week -- they reflect the web of plots the show has weaved, but do little to immerse us in what makes this town tick and why Caspere's disappearance is worth eight talky hours of television. The same goes for the car scenes, where Ray and Ani carry on meaningless conversations that don't unearth much about their worldviews or the communities they defend. And that green screen? HBO, please tell me the screeners you provided to press still needed color-correction work, because damn. If we thought the aerial shots do nothing for the season's world-building, just look at the streets these characters drive down.

I thought the scene with Paul's mother accomplished what most of the others did not in hinting at a mysterious backstory that we actually want to take the time to understand. I criticized his suicidal bender last week, but could Paul actually be the season's best character? Not that he has much competition: I still don't understand much about Ani and it seems like the show thinks we know more about Frank than we actually do, while Ray is so on the nose that I understand far too much about him. But wait! Maybe he's dead? Those final few moments with that raven-masked stranger were pretty gripping, and it could point to interesting things to come. But I find it hard to believe he's actually a goner. 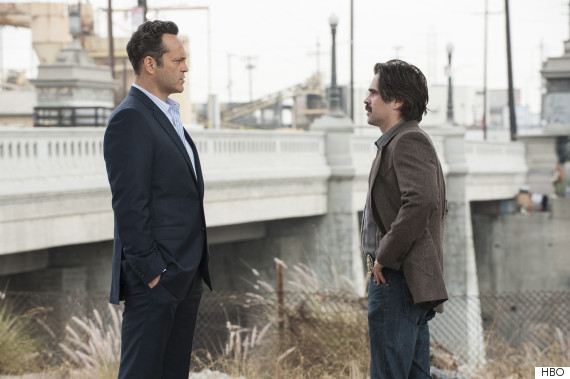 Erin: I enjoyed the scene between Paul and his mother as well and finally began to feel a sense of discomfort, which is something this season has lacked so far. But I also really loved the final scene with Ray in Caspere's secret home. The animal masks and vintage radio amped up the (possible) presence of the occult, and things were just starting to get interesting. Like you said, I can't imagine the season killing off its lead character just yet. Still, it feels a bit cheap to tease audiences with such a big cliffhanger so early on.

The lack of identity you mention is my main criticism of the first two episodes overall. This season has no sense of place, which is surprising for a plot so grounded in a distinct locale. The corruption and grimy immorality of last season hung over every episode, reminding viewers of the horrors of world Rust and Marty were immersed in. It's fine that Season 2 isn't trying to recreate that feeling, but it makes the atmosphere that much less intriguing. Why care about a kidnapped official from a city no one cares for in the first place? Even after two episodes, I still don't feel like we've witnessed enough of the idiosyncrasies of the fictional Vinci -- I'm longing to see more of it, but the low-quality crushing car scenes and brief shots of factories do little to characterize it. Whatever happens moving forward, I hope that final scene pays off in a major way.

Matt: It gave me the sense that Ray knew more than the audience did. There was a certain comfort on his face as he lurked through Caspere's home, implying his power-abusing corruption might extend to the expired city manager. That would give his need to retain custody over his possibly illegitimate son -- the part of his life that he sees as a saving grace -- a sense of purpose that stretches beyond clichéd daddy issues. Conversely, maybe he's working to crush Frank's entire operation after spending so much time indebted to him. That's a script-flipping I'd sign on for. Either would ground the mystery by contouring the good-or-evil debate the show hasn't convinced us to invest in regarding these characters. Maybe this is Season 2's turning point. Here's to hoping for a more immersive discussion next week.

Erin: The possibility of Ray withholding information and/or conning Frank all along is the most exciting theory yet, and one that could quickly turn me into a fan of this season. I've wondered whether scrutinizing this show episode by episode may hurt our perception of it. Last season I fell so deeply down the rabbit hole of uncovering the Yellow King's identity that I nearly lost sight of the overall story at hand. While I'm still skeptical, I am going to try to pull back a bit and let the next few episodes wash over me, and hopefully they will surprise us both.