We (and the rest of the world) are completely obsessed with "True Detective" right now, due in no small part to Matthew McConaughey's existential ramblings as the crazy-but-kind-of-genius Rust Cohle.

So we were excited to see that the folks at Someecards turned Rust's one-liners into would-be pick-up lines. Check them out below: 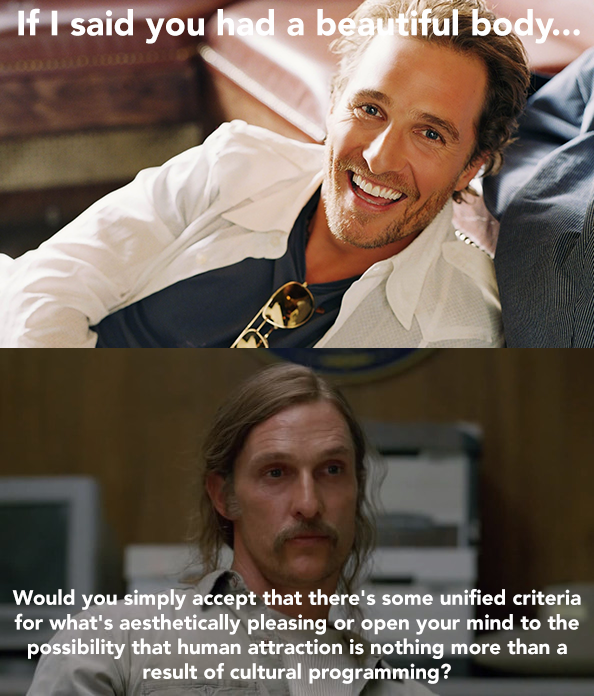 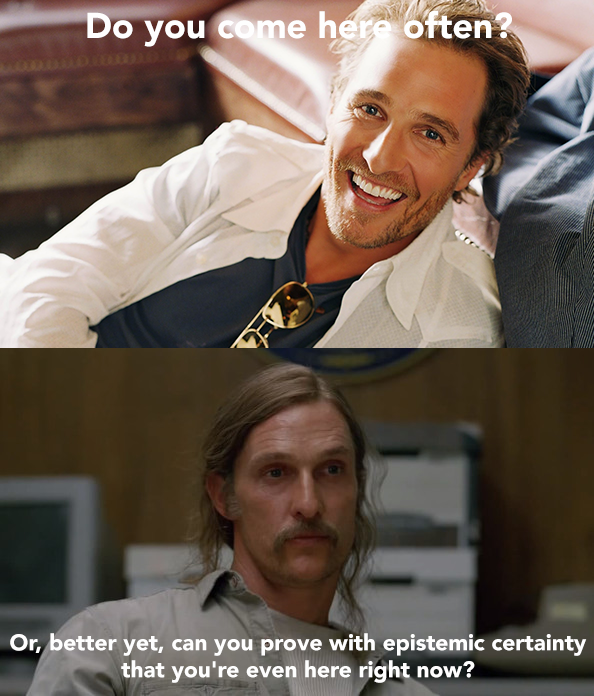 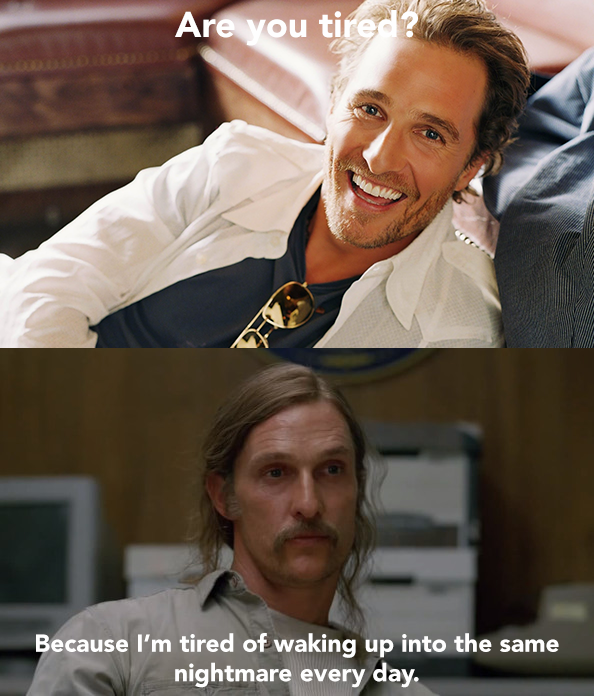 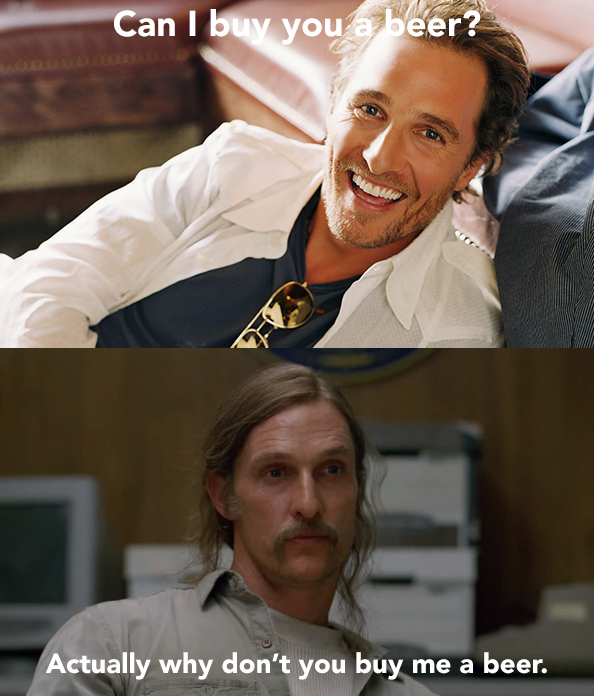 He had us at "epistemic certainty."

Head over to Someecards.com for even more brilliant Rust Cohle-inspired pick-up lines.