It's sun's out, guns out on "True Detective" Season 2.

Though Season 1 star Matthew McConaughey is off driving Lincolns, that clearly hasn't slowed down the upcoming season of the HBO hit. New photos from set appearing on Twitter seem to show cast members Colin Farrell and Taylor Kitsch already getting into an intense situation with weapons drawn:

The photos also give a great look at Farrell's "True Detective" mustache, which you should probably get used to seeing. The actor recently told the L.A. Times he was "tied to [the 'stache] now." He also opened up about other aspects of his character's look, adding, "I wanted to have gray hair for 'True Detective,' but it was hard because of dye jobs for other roles. I try to have as blank a canvas as possible when going into a new gig."

HBO did not immediately respond to a request for comment about the new photos from HuffPost Entertainment.

"True Detective" Season 2 is reportedly set to air this summer. 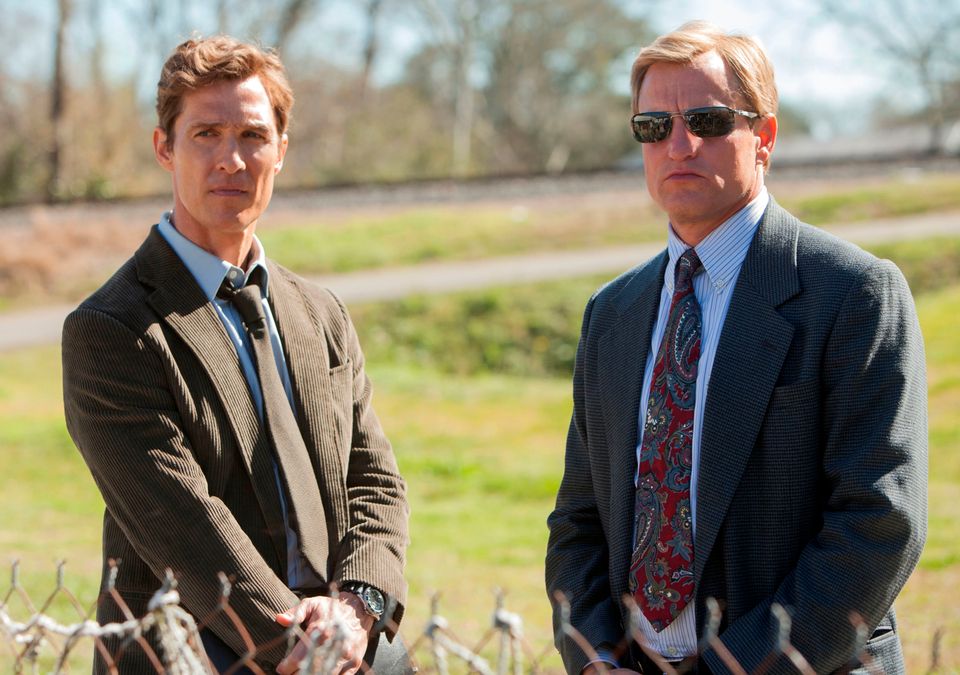