I'm From Driftwood is a 501(c)(3) non-profit forum for true lesbian, gay, bisexual, transgender and queer stories. Earlier this year, founder and Executive Director Nathan Manske and two companions successfully completed a four-month, 50-state Story Tour collecting LGBTQ stories from towns and cities across the country. They're pulling some of the most relevant, important and sometimes just enjoyable stories from their archives and sharing them with HuffPost Gay Voices.

Brian Sims never really had to come out to his college football team as gay. In fact, it was the other way around: his team more came out to him.

My quarterback and I... I think we were walking back to the car to get beer out of the trunk. And out of nowhere, the guy turns around and goes, "Yo, Sims. You gay?" And it completely caught me off guard, and I really quickly said, "Yeah, man, thanks for asking." And we both sort of stood there. It was one of those things where it felt like five minutes; it was probably five seconds. And he says, "Cool, man, thanks for telling me." And we just sort of kept on walking like it hadn't happened. And we got to the car, picked up some beer, walked back.

For the next three months, Brian couldn't go anywhere without one of his teammates stopping him to say, "Hey, man, just wanted to let you know, I heard, and it's really cool with me, I got no problems with that, sorry about anything I might have said."

One day, when running drills on the practice field, Brian's position coach, who definitely hadn't caught wind of Brian being gay, said something that put a serious damper on everyone's mood. Brian explains:

We had all these high school kids down doing some drill. They were down on all fours, spinning in a circle, something that's probably not going to make them better football players, but we needed to kill time, and my position coach, who clearly hadn't heard yet, yells out loud from probably 40 feet away while this kid's down on all fours, "Yeah, this is Sims' favorite drill!" thinking he was just making a dig on me.

While Brian was prepared to let it roll off his back, his teammates weren't so forgiving.

My teammates who were out there and heard it all sort of froze for a second. There's, you know, 50 guys up on this field, probably 300 high-school football players, and everybody just stopped dead in their tracks. And clearly my coach had no idea what was going on. I knew exactly what was going on. And these guys sort of started to converge on him. And I ran up, kind of broke it up; I don't think he had any idea of what was going on. And after practice, I went to go talk to him to sort of explain what was going on, and he walked right past me, didn't say a word.

Brian was terrified of what the outcome of the situation would be. No matter how many times he tried to speak to the coach, he would ignore him. The following morning, when preparing to go back to the practice field, the coach stood up on a table, surrounded by the entire team.

He says, "I need everybody's attention. Yesterday I said something really f***ing stupid. I've spent my career teaching you guys what it means to be teammates, and yesterday you guys had to teach me what it means to be a teammate." And that was it, and that was the end of it. And it was still the sort of defining moment for me. I knew my team would be all right when they had to pull my coaches aside and say, "You better be alright with this, because we all are."

Submit your own story at ImFromDriftwood.com.

Check out a slideshow of openly gay sports stars below. 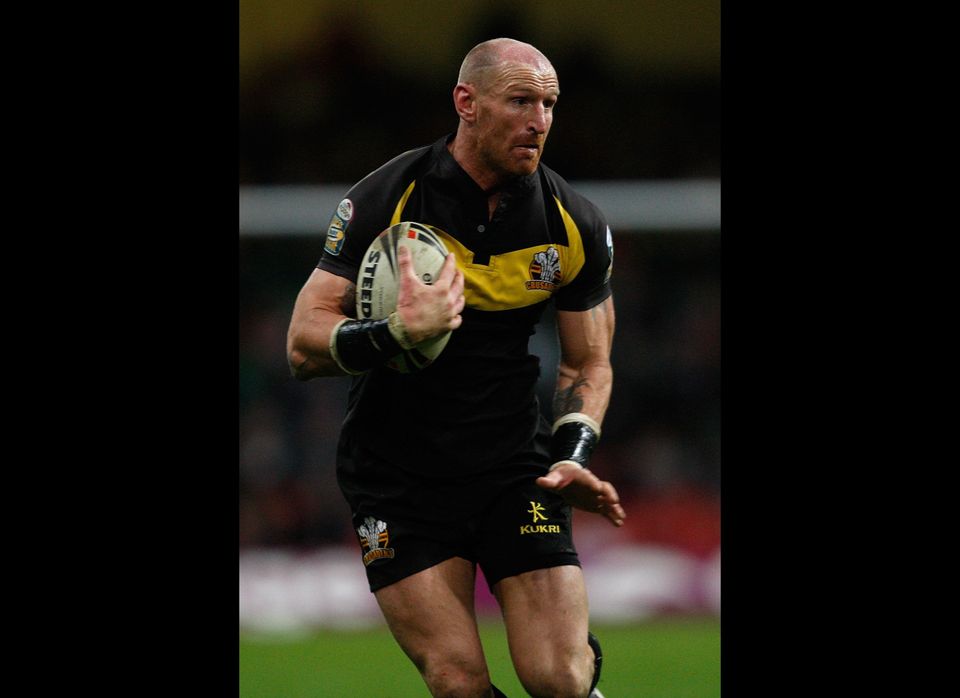