On August 22, 1972, John Wojtowicz and two accomplices attempted to rob a bank in Brooklyn. Things didn't go as planned: first, one of the accomplices ran out, not able to go through with it. Then, after letting one of the bank tellers go to the bathroom, John and his accomplice Sal found themselves in the bank surrounded by the NYPD, the FBI, and an ever-growing rowdy Brooklyn crowd of bystanders. What was supposed to be a gun-and-run robbery became a 14-hour standoff, with nine bank employees held as hostages.

The whole incident played out in dramatic fashion on television. As the FBI tried to negotiate with Wojtowicz, he revealed his reason for the robbery: he needed the funds to pay for his lover's sex-change operation. As one reporter stated, "Nothing like this had really happened before."

The story was turned into Sidney Lumet's 1975 film Dog Day Afternoon, with Al Pacino playing the quirkily charismatic and unforgettable "Sonny," based on Wojtowicz. The film earned six Oscar nominations and one Academy Award: Best Original Screenplay for Frank Pierson. Dog Day Afternoon has become an American classic and a one-of-a-kind New York story that has inspired other films, such as Spike Lee's Inside Man and F. Gary Gray's The Negotiator. Many have tipped their hats to Lumet's tour de force.

Wojtowicz is the subject of The Dog, a new documentary directed by Allison Berg and Frank Keraudren. As they explained in a recent interview, they have been working on the film for over a decade—and they are now crowdfunding as they gear up for the film's world premiere next month in Toronto. 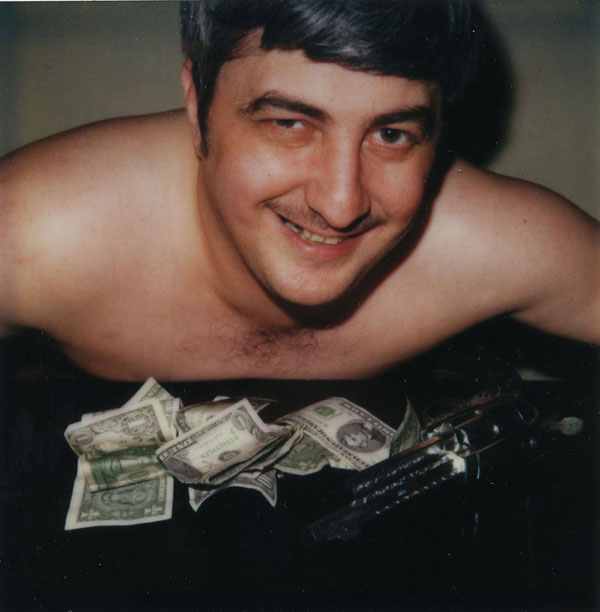 What triggered this documentary? Have you always had a soft spot for Dog Day Afternoon? Al Pacino? Bank robbers? Great New York stories?

Frank Keraudren: Dog Day Afternoon made an impression on me when I was very young: the performances, Al Pacino's shirt, John Cazale's face, the intensity and humor. I later came to appreciate it for other reasons, including its authenticity—the characters seemed so real—and efficiency. I've rarely heard it discussed, but Dog Day Afternoon has no score, except for the song in the opening sequence. I was always amazed at how a film could be so engaging without music.

Allison Berg: I've always loved "outsider" stories, New York stories, and I'm a kid of the 70s, so I love 1970s American movies. Frank and I were watching Dog Day Afternoon together in 2002. At the end of the movie, there's a card that says something about John (the real bank robber) being sentenced to 20 years in prison. I'm not really sure how I added 10 years to that number, but for whatever reason, I thought he was getting out of prison in a year. Frank and I thought: "We have to find this guy. If he's anything like the character, he would be an amazing subject for a doc."

How did you track down John "The Dog" Wojtowicz?

Allison Berg: He has a pretty unusual last name, and it didn't take too much time to find his mom in Brooklyn. I called her and she was incredibly sweet. I told her I was researching a project and wanted to talk to John, and she said she'd give him the message. At 2:00 am the phone rang: "This is The Dog calling. You got the password?" Well, I didn't, but we ended up on the phone for hours; first he talked to me and then Frank. The sun was probably coming up by the end of it. That was the beginning.

What makes him a great subject?

Allison Berg: The Dog (that's what we're going to keep calling him, because that's what we're used to) always loved to tell a good story, and if you had the time, he had one. Not always necessarily a true story, but that was okay with us. I never met anyone who had such a way with (mostly dirty) words—The Dog could keep you entertained for hours; we knew right away he should be on camera.

Other people have tried to tell The Dog's story, but you formed a bond that gave you incredible access. Why do you think he was so eager to tell his story to you two in particular?

Frank Keraudren: I think it was a mixture of things. At first, John loved the attention. He made us jump through hoops—he'd tell people who contacted him, "You have to get me a copy of the film on VHS in Portuguese," and he wasn't kidding at all—but we didn't mind.

He probably liked the fact that we were 'local,' from New York. (John spent his entire life here, except for the prison years, and was as much of a New Yorker as you could be.) After a while, he had us meet his mother, and we all really got along. I think if she hadn't liked us, it would have been difficult to go much further.

Allison Berg: Also, Frank and I don't get very shocked by things, we appreciated The Dog's sense of humor, and I think he liked being around us. We spent a ton of time with The Dog and his mom without cameras, including dinners, birthdays, blizzards, watching Lifetime movies, and The Dog's failed attempt to come to my apartment during the 2003 blackout. (That's another story.)

Frank Keraudren: As much as The Dog seems like a guy who would talk to anyone about his story, he actually wasn't. It took a lot of effort and trust before he would go beyond the obvious re-telling of the bank heist and "I'm the guy from Dog Day Afternoon." Ultimately, it's hard to tell why we formed such a bond. I guess we had to be very open and exposed to him, and be honest about everything, because he wouldn't have put up with anything that wasn't.

John is an outlandish, candid character who speaks his mind. What was he like to be with? Was it exhausting?

Frank Keraudren: Everything with The Dog was a wild ride. You never knew what mood he would be in. He could be hysterically funny, manic, unpredictable, threatening, potentially dangerous, manipulative... It was rarely easy—and definitely exhausting—but also a very interesting human experience.

Allison Berg: And the same qualities that made him a great documentary subject were the same ones that made him difficult to film: he wanted to be in control of everything; he had obsessions and compulsions where nothing could get done until something or another was satisfied; he loved to test everyone's boundaries; he delighted in making people feel uncomfortable; and you could never say "no"—it would lead to a complete shutdown. I guess you could say we had to proceed with caution.

Being with John is an unforgettable experience. (Although I'm sure I've blocked some of it out.) It's also infuriating. It basically runs the full gamut of emotions, for reasons you'll understand better once you see the film.

When you started out, I imagine you never dreamed this project would consume over a decade of your lives. Why is this project so important to you?

Allison Berg: I tend to describe the time that we were shooting this film as "falling down the rabbit hole"—I became a bit obsessed myself, and didn't quite realize that the pursuit of telling The Dog's story had become an all-encompassing life experience.

Frank Keraudren: It's difficult to explain, but to me, in the end, the film is a side effect, or 'what is left' of something much bigger and much more intense that happened over those years. There are many stories and many things that are not in the film—and there were times where I don't even know if the film was on the agenda. I mean, I guess it always was, but life sometimes took over.

Allison Berg: We thought we'd shoot this film over the course of a year. It took a lot longer than that. And post-production took the longest of all. When you're filming, you can still take gigs (I direct/produce and shoot on doc series, and Frank is an editor), and you shoot on down days, nights, whenever—you can make it work. But editing? That's a full-time job. Frank and I would have to take jobs and save up enough to take time off to edit the film.

Frank Keraudren: In the end, it had to be finished to make sense of the things that happened during that time. The thing about the time and the effort that it takes to make a film like this is that you never dream it will take that long. If you knew from the beginning, you would never start. 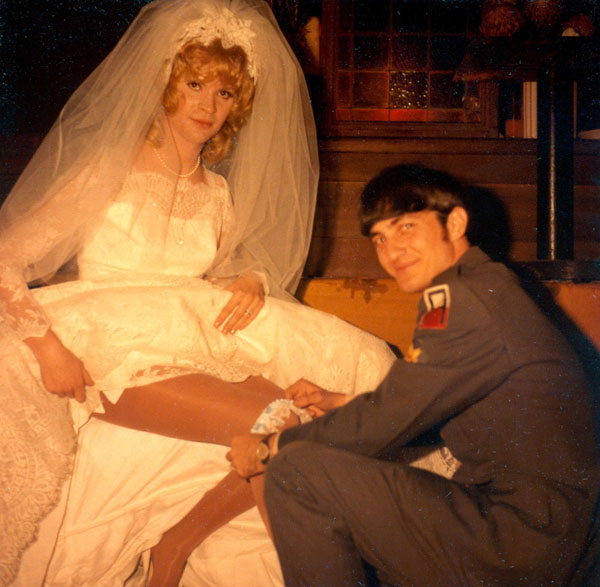 What was the biggest obstacle you've had to overcome in making this movie?

Allison Berg: Money goes quickly in NYC. On my last film, Witches in Exile, I was able to get grants for the film because it was a social issue film. Try getting foundation funds for a film about an unapologetic, sex-crazed bank robber—it's just not going to happen. So up until this point, this film has been 100% funded by the two of us.

For about 3 years, we had our old Avid (it's just about ready for a museum) in my studio apartment--it wasn't quite an episode of Hoarders, but it felt more like a production office than an apartment. We now rent a shared space in DUMBO, and it feels appropriate to be finishing this film in Brooklyn.

Frank Keraudren: We've started a crowdfunding campaign on Seed & Spark—running through the month of August—so that we can finally get the support the film really needs to finish. We need to pay for archival footage, graphics and animation, music, sound mix and the color correction--and we really have to get it done now because we've been invited to the Toronto International Film Festival. So we have a very short amount of time to be ready. In terms of having a deadline, though, Toronto is sort of a dream deadline.

That's a big stage for your film's debut. What most excites you about your world premiere?

Allison Berg: Toronto is a dream World Premiere for us. We think it's a story that's going to really play for international audiences. And we have a personal connection to the festival as well: Thom Powers, doc programmer at TIFF, championed this film from the start. Back in 2003, he lent us his camera to shoot scenes when we didn't have our own equipment yet. All these years later, here we are. I hope Thom is going to introduce the film or do the Q&A for the premiere—there's no one else I'd rather share the floor with.

Frank Keraudren: It's really exciting to think we're going to screen the film in a theater with an audience. We've only had very small screenings in our office while we were editing, so being able to see it on a big screen with a larger group of people is going to be great. The Dog is definitely the kind of film that will engage an audience. We can't wait to share it, even if the prospect is somewhat terrifying.

All photos courtesy of the filmmakers.