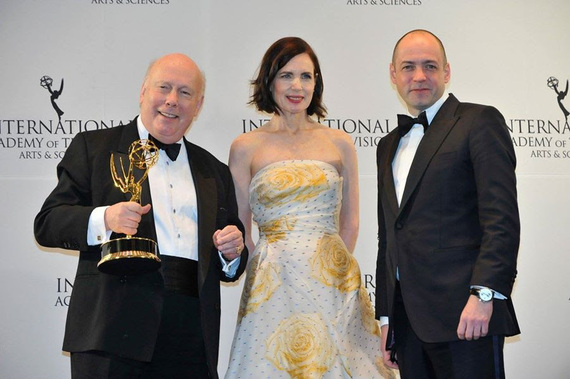 On Monday night November 23, The 43rd International Emmy Awards held it's annual celebration of television excellence from programming around the globe. 2 Special Awards and 10 Emmy statues were presented by the International Academy during the evening at the Hilton in New York City. 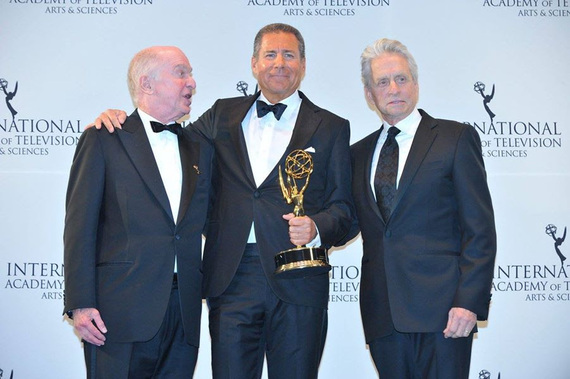 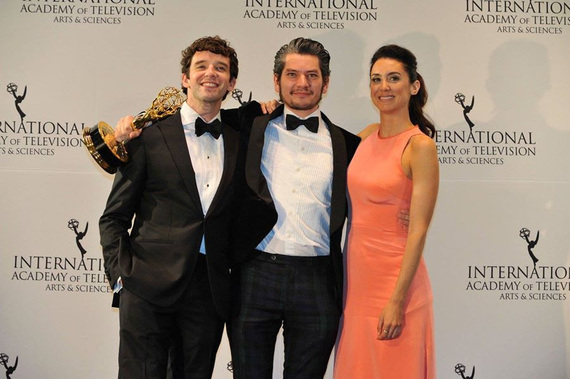 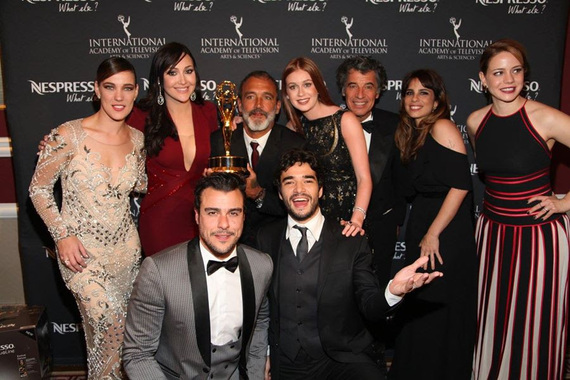 Winner for Telenovela Imperio
Celebrity presenters included George Takei, Lea DeLauria, Michael Urie, Elizabeth McGovern,Patina Miller and Tovah Feldshuh."Television is a universal art form that transcends cultures, languages and borders," said International Academy President Bruce L. Paisner. "In light of recent terrible events, the International Academy is particularly proud to congratulate all of the winners- among which 3 from France- for shining a global spotlight on their cultural heritage with the Emmy." 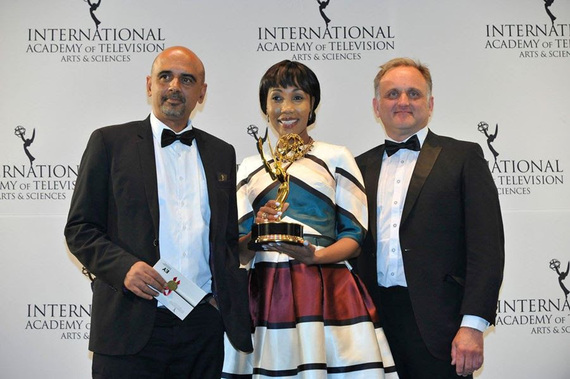 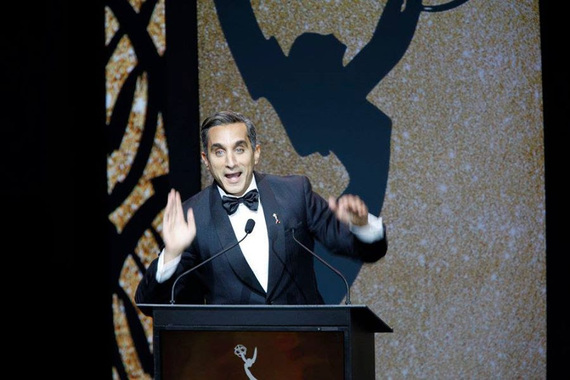 The charming and witty host Baseem Youseef philosophically sees the big picture of the evening, "I am a Arab Muslim hosting the show and me being here is part of healing. When we get together and laugh they lose. Don't let these people make us lose faith in each other. We are here to celebrate art and creativity and the capacity for human beings to aspire to what is beautiful and amazing."