When it comes to the Middle East, the Islamic Republic of Iran is the linchpin and epicenter of many tensions and conflicts across the region. As an Iranian official stated, Iran dominates four Arab capitals. Countering Iran's military would lead to significant changes reducing the regional conflicts.

The Trump administration should pursue firm policies in countering Iran's militaristic, hegemonic and ideological ambitions. In the eight years of Barack Obama's presidency, Washington was hesitant to take robust stance against the Islamic Republic. It goes without saying that these appeasement policies have turned the regional tensions into conflagration. The creation of concepts such as "moderates" versus "hardliners" is a fallacy. In Iran, authorities do not use these concepts. Iran's politicians across the political spectrum might use different means but they try to achieve the same objectives: preserving the political establishment of the Islamic Republic, Velayate Faqih (the Supreme Leader) and the revolutionary principles of 1979.

Trump should observe and learn the bitter lessons derived from the two terms of the Obama administration. Iranian leaders learned that hardball tactics plays well with the US. Anti-Americanism and Anti-Semitism increased.

Trump administration should take a three-pronged approach toward the Iranian government. Regionally speaking, Washington needs to hold Iran accountable for any aggression, anti-US and anti-Israeli rhetoric. Washington should take legal action when Iran violates UN security resolution such as test firing ballistic missiles or breaching the arms embargo.The US should stand with its Middle Eastern allies to counter the IRGC expansion of its stranglehold in the region and should drive the IRGC forces out of foreign territories. Financing of Iran's proxies and delivery of arms to them should be countered appropriately.

Domestically speaking, the US needs to publicly condemn Iran's increasing human rights violations. With regards to the nuclear agreement, the US should not solely rely on the IAEA to inspect Iran. Since Russia and China will support Iran, the US should take unilateral proportionate action such as re-imposing Obama's repealed sanctions on Iran. 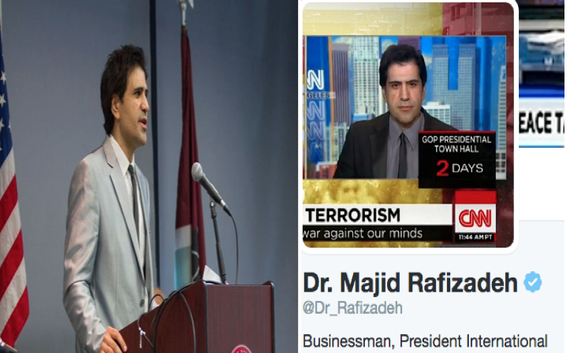