Hillary Clinton recently stated, "To just be grossly generalistic, you can put half of Trump supporters into what I call the basket of deplorables."

Donald Trump responded, "She divides people into baskets as though they were objects, not human beings." 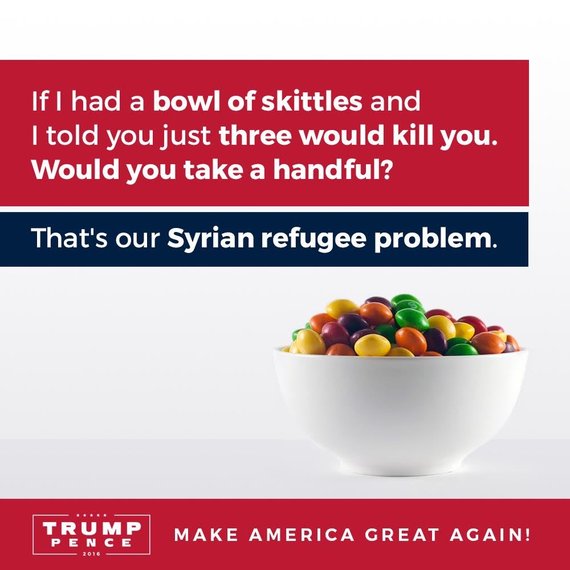 Apparently the Junior Donald prefers the sweet taste of that silver spoon in his mouth to the flavor of Skittles.

The Trump camp did not chastise him for dividing people into bowls "as though they were objects, not human beings."

With Donald and Donald Jr., it seems that the rotten apple doesn't fall far from the rotten tree.