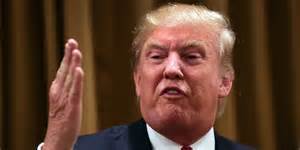 The success of Donald Trump and the rise of right-wing nationalism in the United States should come as no great surprise, considering the strength of right-wing movements in many other developed nations. Globalization and rapid technological change have meant the loss of millions of jobs throughout the industrialized world and will certainly mean millions more lost in the future. Societies with large middle class populations have been especially hard hit as their jobs are replaced either by machines or by workers in developing nations.

This has happened before - during the nineteenth-century Industrial Age and again in the 1930's with the Great Depression. But the scope and pace of economic and technological change in the twenty-first century is even more rapid and disruptive. And while the political and social impact may not be as sudden or cataclysmic as, say the Depression, it is likely to be equally as devastating. Although nations can mitigate some of the impact of this rapid change, there is nothing they can do to stop it.

As in the past, when economic and social crises have occurred, people look for scapegoats. Whether it is immigrants or bankers, governments or corporations, political ideologies or economic theories, people want to someone to blame. And they want simple solutions. In their frustration, or even desperation, they seize on a charismatic leader or an easy slogan, whether from the right or left. In Europe and the United States, many blame immigrants, the government or the political system for their problems. On both the right and the left, the search for scapegoats or villains can eclipse the need for real solutions.

The rise of European fascism in the 1930's is, of course, an extreme example, but it does illustrate how left-wing movements, who are often dedicated to democratic practices, are at a real disadvantage in their struggle against right-wing nationalist movements. While both the left and right can be co-opted by charismatic demagogues, the right has shown a greater proclivity to line up behind a powerful authority figure, who is dismissive of the democratic process.

Both Donald Trump himself and his supporters have shown many of the characteristics of past right-wing nationalist movements. Trump's own personality is in line with narcissistic leaders who have risen to power within nationalist movements. More importantly, the willingness of both Trump and his followers to challenge, or even discard, the processes of democracy is typical of these kind of movements. The constant drumbeat that the system is "rigged" or "corrupt," may have a ring of truth, but it is fundamentally an attack on the democratic system of government, however flawed it may be.

Both the left-wing and centrist movements in Europe and the U.S. have struggled against the rising tide of right-wing nationalism, without much success. This week, Austria may elect a far-right nationalist as president, the first in Europe. In the latest U.S. election, socialist Bernie Sanders has appealed to younger, educated voters, but has made few inroads with older, white, male and working-class voters who are the core of the right-wing nationalist movement. And while centrist Hillary Clinton maintains strong support from older women and minorities, her support among the same demographic is weak.

The fundamental problem is that neither the left or centrist parties in Europe or the U.S. are addressing the struggles of the middle-class and working-class voters who are the core of right-wing movements. Breaking up the big banks or addressing income equality may sound like a good idea, but it does little to speak to the citizens who believe that immigrants, foreign nations and their own governments are the source of their troubles.

Until the left/center parties can figure out how to reach those citizens, the right-wing nationalist movements will continue to grow. And since they are increasingly operating outside of the norms of the democratic process (e.g. Trump's outrageous and defiant statements and the proclivity towards violence and intimidation), the right-wing has more ammunition, especially in the age of social media, with which to increase their power and influence.