UPDATE, 5:00 pm (CST), December 8. It is now clear that Mr. Trump's statement, which will be used by jihadists to recruit countless new terrorists and so it puts Americans and others around the world at substantially greater risk, is so dangerous to the safety and interests of the American people that it demands an unprecedented action to counter its potentially disastrous effects. I call upon all presidential candidates of both parties to make a joint appearance within the next few days to issue an emphatic declaration that Trump's anti-Muslim position does not represent that of the United States.

Yesterday, December 7, 2015, a date which will live in infamy, the United States of America was suddenly and deliberately attacked by the unguided verbal missiles of the Empire of Donald J. Trump. 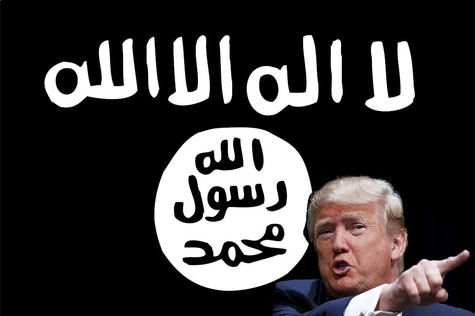 The leading Republican candidate's call for a ban on all Muslims entering the United States--and even preventing American citizens who are Muslims from returning if they travel abroad--will result in more Americans being killed than has anything that happened on a December 7th since Pearl Harbor.

When I wrote here just over two weeks ago that Trump and Ted Cruz were completely playing "into the narrative ISIS seeks to sell to Muslims around the world and so they act as very effective recruiters of new terrorists," that their statements were aiding an enemy of the United States, would help the "Islamic State" recruit new terrorists, and result in American deaths, some thought I was going too far.

Now there can be no serious question that Trump has done more to aid and abet America's greatest current enemy than anyone in recent memory. Mr. Trump imagined that he saw "thousands" of American Muslims cheering in Jersey City on 9/11. I wonder if he could see and hear thousands of jihadi terrorists in Raqqa cheering on 12/7 when they heard his statement.

ISIS is probably already producing recruiting posters with Trump on them. 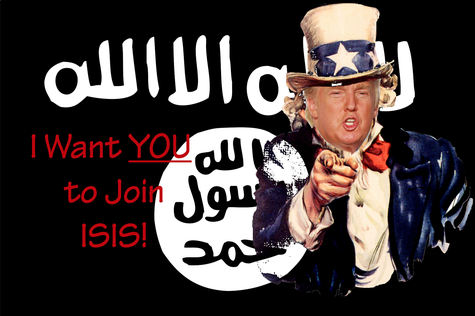 Make no mistake: Americans will die because of what Donald Trump said on the 74th anniversary of the attack on Pearl Harbor.