Find more satirical news stories like this one on The Political Garbage Chute.

Trump tapped Jeff Sessions as his Attorney General when Sessions was deemed too racist for a federal judgeship back in the 1980's. He's asked Steve Bannon, an executive for Breitbart News, which frequently publishes white nationalist and white supremacist news under the banner of the "alt-right" movement, to be his Chief Strategist. This week he announced that South Carolina Governor Nikki Haley will be his U.N. ambassador despite having no experience in the State Department, and has reportedly asked Dr. Ben Carson -- a chief rival during the Republican primaries -- to be his Secretary of Housing and Urban Development (HUD). 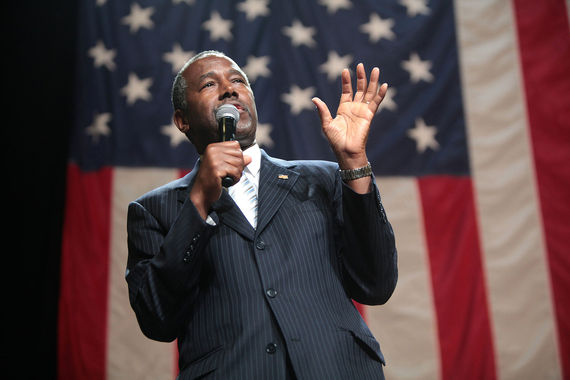 At a press conference late Tuesday night, Trump gave some insight into his thinking process in inviting Carson into the role of HUD secretary.

Reporters asked Trump what he meant by "one of them." The president-elect first just winked back at the reporters. When they didn't understand what he meant, he tried touching his nose. Exasperated, Mr. Trump finally answered the question in his trademark way.

"Look, he's one of them, you know what I mean," Trump said, "you know, his people are into jazz and they have an extra muscle that makes them good sports."

The press pool was still not quite sure what he meant. Trump tried again to explain to him why he was choosing Dr. Carson for his HUD secretaro.

"It's got the word urban in it, right," Trump asked, "and when we think of urban we think of people of a certain...type, right? You know they all smoke marihuana cigarrettes and their women are Jezebels, strong sexual appetites, know what I mean?"

Still, the reporters weren't quite understanding what Mr. Trump was getting at. He dug in even further.

"C'mon people, follow me here," Trump implored them, "the job has the word urban in it, he's an urban. You know, an URBAN. Like, his people are incapable of self-care and sink into lunacy under the burden of freedom."

Looking puzzled, members of the press pool still couldn't quite understand what Trump's meaning was. They pushed for more clarity. Growing ever more flustered, Mr. Trump tried to oblige. 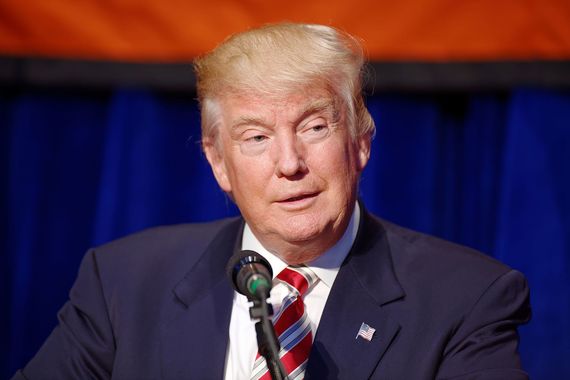 "You know, he could be a minstrel," Trump offered, "he's a good song and dance man, get it? Like, he's not going to go swimming any time soon, no matter how long ago he ate. Get it now? Huh?"

After fifteen more minutes of trying to get the reporters assembled there to understand him, Trump finally gave up. He dug into his pocket, and got out some black shoe polish. He also got out a large rag and started smearing the polish all over his face, except around his eyes and mouth, there he left his trademark orange skin intact. He began singing.

No one knew what to do, or what to say. So they just kept taking notes as Trump sang on.

Now, it seemed that trump was building a crescendo. He was clearly ready to bring it all home. The reporters still just watched in stunned amazement.