Ah, the 2016 Presidential Election. So many twists, so many turns. Approximately 60 to 70, 000 votes in three states going a different way would have made the difference in the Electoral College.

The impact of news (real and fake) and social media on this election and on voters will be studied and debated for years. While it's still too early to assess the findings of those studies, I can at least articulate those lessons for online knowledge sharing communities, the more professional bigger sibling to all those social media groups that served as echo chambers. (Revelation: I work for BraveNew, which powers online knowledge sharing communities for the enterprise.)

1. Communicate with authenticity. Whether you loved or winced at many of President-Elect Trump's tweets or posts on Facebook, you definitely heard his voice, as he was the author of most of them. Throughout the election season, the President-Elected crafted an authentic tone as he communicated with followers, creating a unique sense of community. As Cenk Uygur, the host of the series, "The Young Turks," notes, "The mistake much of the media made was believing that Trump was undoing his candidacy with every 140-character missive," when in fact many heard a real person. And he had 13 million Twitter followers to her 10.2 million.

Secretary Clinton's team produced polished and professional messaging on variety of channels with meaningful content. However, they usually referred to her in the third person, which made her seem less real and accessible. (Tweet November 8: "Already voted? That's great! Now help Hillary win by signing up to make calls now.") As Wired Magazine noted last spring, the tone of Clinton's emails, never intended to be public, gave "a better sense of her as a person" than her social media posts.

Successful online communities almost always have dedicated managers focused on generating engagement around issues of relevance. The lesson for them here, whether for a community for a Fortune 500 company's multi-stakeholder diversity initiative or a healthcare organization's collaboration around regional issues: keep it real. Develop an authentic voice that resonates with your community.

2. Ensure Vetted, Curated Content on News Feeds
One thing that social networks and online communities have in common: news feeds filled with content. The immense power of content on news feeds of social networks, particularly on Facebook, was highlighted this election season. Pew Research recently noted that nearly half of all Americans get their news from Facebook.

The President-elect Facebook's posts resonated more and received more engagement than Hillary's. According to MediaPost, for the week of October 30-November 7, Donald Trump's page had 12.4 million engagements to Hillary Clinton's 7 million. The commentary with the content on President Elect Trump's page is written with personality and personalization. (e.g., BIG NEWS TO SHARE IN NEW HAMPSHIRE TONIGHT! POLLS LOOKING GREAT! SEE YOU SOON!) Secretary Clinton's page was more formal with quotes from scripture and third person commentary. (e.g., Join Hillary for her last rally of the campaign in Raleigh, North Carolina) 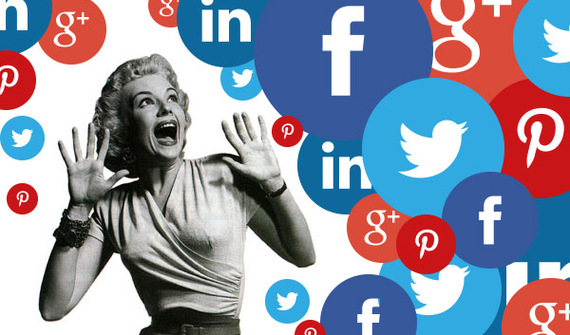 However, the bigger issue with Facebook and content, and one of the biggest in the election: fake news. Partisan web sites have started publishing false favourable stories (e.g., "Donald Trump won the Popular Vote in the Election by 700, 000 votes") to be shared widely on social media. For example, a fake story claiming Pope Francis, a refugee supporter, endorsed Mr. Trump was shared almost a million times, likely visible to tens of millions, the week before election.

In the election's aftermath, Mark Zuckerberg in a lengthy post and later in remarks, argued that 99% of the news shared on Facebook was real. But many pundits and technologists, disagreed. At the end of election week, both Facebook and Google moved to restrict the fake news on its site. Facebook updated advertising policies that basically banned such news from generating revenue while Google updated its AdSense policies.

The lesson here for online knowledge sharing communities is to always be on alert to non-vetted, inaccurate content. Content curation is of maximum importance. In communities like BraveNew, content is delivered to the community via peer-to-peer sharing or from the manager who may at times use a curation tool. As advertising is not part of the community, there are no "featured" or "sponsored" stories in the community. The challenge, of course, for the manager and the members, is to ensure the accuracy of each piece of content that enters the community. While the risk of fake content is far lower, it is still not zero.

3. Ensure multiple voices with differing views in one community
Multiple memes on social channels noted that no one changes his opinion because of a Facebook post. But that's not necessarily true. According to a Pew Research Report, 17% of users on Facebook did change their view on a candidate and 20% said that they modified a stance Mark Zuckerberg has argued that Facebook research indicates that every Facebook user has at least one friend of an opposing viewpoint.

Ah, but four of 10 social media users blocked or minimized content due to politics, according to Pew research. More than eight of 10 say they ignore political posts they disagreed with. And people found havens in groups that shared the same views as themselves. Alt Right supporters of Trump formed multiple subreddits and also found havens on Twitter. Meanwhile, Hillary Clinton retreated into such Facebook groups as Pantsuits Nation with 3.6 million members. The shock felt in this group an echo chamber of love for Clinton was tremendous. As people were not recounting resistance, they couldn't see it coming. Clinton herself referred to "secret private Facebook sites" in her concession speech and asked " everybody coming out from behind that and make sure your voices are heard going forward."
Alex Ohanian, the recently returned founder of Reddit stated after the election, "If we can take anything away from the election, it's that we need more communication across groups." Online knowledge sharing communities solve this challenge, though they too have to been on alert for becoming an echo chamber. In a properly built community, the organization ensures that a proper mix of members with different views are granted access and that engagement around carefully curated topics occurs in a timely manner. The challenge for the manager and the organization is to always ensure that multiple viewpoints co-exists to achieve the desired results. When communities are open and grow organically, a manager must continue to "add to the mix" to ensure diversity and when communities are closed a manager and the members must allow the sharing of multiple opinions to flourish to solve the organization or initiative's most pressing problems. The best communities must always allow everybody to come "out from behind" and makes sure their "voices are heard." Who knows what the results would be if well managed knowledge sharing communities played a role in the 2020 election?