President Donald Trump’s harsh criticism of athletes who protested during the national anthem offered a stark contrast from his description of white supremacist protesters in Charlottesville, Virginia, whom he defended by saying that some were “very fine people.”

On Friday, Trump criticized athletes like former 49ers quarterback Colin Kaepernick, who drew national attention when he kneeled during the national anthem last year to protest police brutality (though the president didn’t mention him by name). Several other players across the NFL followed Kaepernick and engaged in similar protests.

“Wouldn’t you love to see one of these NFL owners, when somebody disrespects our flag, to say, ‘get that son of a bitch off the field right now, he’s fired?’” Trump said Friday during a rally in Huntsville, Alabama.

Trump took issue with the NFL demonstrations but was less harsh on far-right neo-Nazi groups who gathered in Charlottesville, Virginia, for a rally in August. The rally was met with anti-fascist counterprotesters who clashed with participants. One woman was killed after James Fields Jr., who was there with white nationalist groups, plowed his car into a crowd of anti-racist demonstrators.

Despite the violence, Trump declined to condemn white supremacists.

“You had a group on one side who was bad, and you had a group on the other side that was also very violent, and nobody wants to say that, but I’ll say it right now,” he said in August. “You have people who are very fine people on both sides.” Trump’s equivalency was immediately met with criticism as many said he was elevating the morals and views of white supremacist groups.

Several people on Twitter noted the hypocrisy in Trump’s different reactions to the two events.

So 45 had a stronger response to NFL peaceful protest than he did for Charlottesville & the "very fine people" who killed an innocent woman?

After he made the comments about NFL protests, Trump targeted Golden State Warriors star Steph Curry on Saturday after the basketball player said he would urge the team not to attend a White House celebration for the NBA champions. Some used the contrast with Charlottesville to highlight how Trump seems to be targeting prominent black voices expressing dissent. 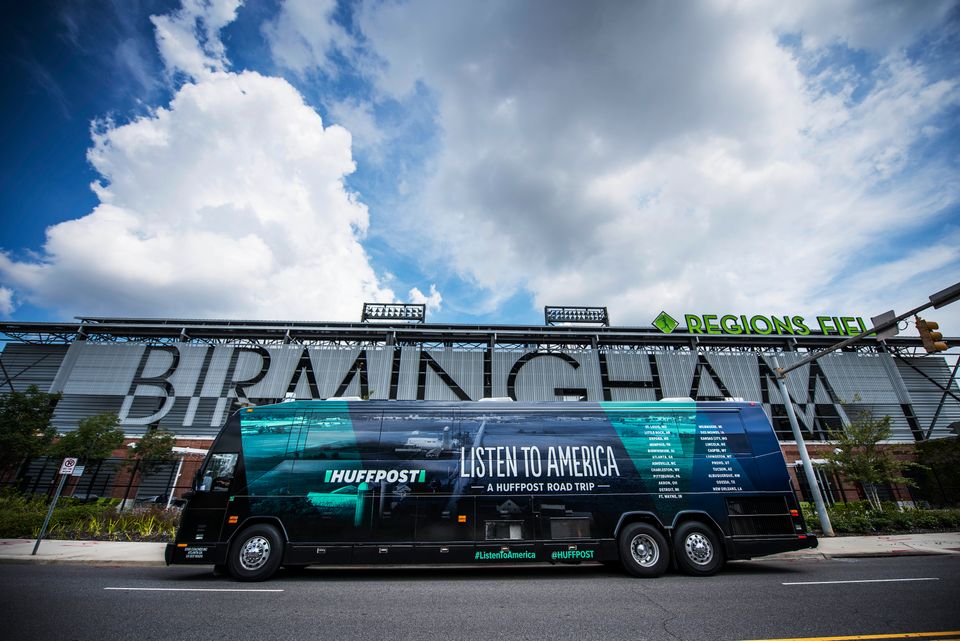 1 / 25
The HuffPost bus sits in front of Region Field stadium as HuffPost visits Birmingham, Alabama, on Sept. 20 as part of Listen To America.
Damon Dahlen/HuffPost