President Donald Trump’s administration ordered a young Honduran asylum-seeker and her 5-year-old son to leave the U.S. on Wednesday, according to the office of Sen. Bob Casey (D-Pa.).

They fled Honduras after the woman witnessed her cousin’s murder. She was being chased by gangs, Casey said.

She and her son were on a plane to Honduras as of 3:40 p.m. Eastern time, according to Casey’s office.

Casey personally pleaded with the Department of Homeland Security, Immigration and Customs Enforcement and White House Chief of Staff Reince Priebus to spare them, the senator’s office said.

“This kind of action makes us less safe,” Casey said on MSNBC. “This is an outrage.”

Yet ICE maintained that she was removed after having unsuccessfully attempted all legal options to stay.

“It’s unfortunate that politicians are repeating misleading information and in the process, demonizing the men and women whose job it is to enforce the laws Congress writes,” said Liz Johnson, ICE assistant director for public affairs.

Twitter: it's urgent. I just found out that a young child & her mother who came to U.S. seeking refuge will be sent back to Honduras today.

Worst part: According to lawyers @DHSgov knew darn well that 5yr old & mother had secured paperwork to protect them & they rushed removal.

The woman and her child had been in the custody of an immigration detention facility in Berks County, Pennsylvania. She was part of a group of Central American women who filed a lawsuit after their asylum claims were rejected, claiming they didn’t receive a fair hearing. The Supreme Court declined to hear their case in April.

She “entered the United States unlawfully on Dec. 17, 2015 and was detained the following day,” David Lapan, DHS press secretary, told HuffPost. “Manzanares sought and was afforded judicial review of her claims challenging her removal order before the Executive Office for Immigration Review, the Board of Immigration Appeals, and the nation’s highest courts, namely the U.S. Court of Appeals for the Third Circuit, and the U.S. Supreme Court, which unanimously denied Manzanares’ Petition for Writ of Certiorari.”

The young boy is being sent back to Honduras even though he has the right to appear in front of a judge and seek Special Immigrant Juveniles status, Casey added.

Casey tweeted a letter he’d written to Trump about the boy on Wednesday afternoon. He included the child’s photo to remind the president that he has the power to “return this child to safety and to help the other families in a similar situation,” the letter read.

.@realDonaldTrump I am sending you a photo of the 5yr old child, who was deported with his mother, despite possibly being eligible for SIJS. pic.twitter.com/6LiG5PvaEr

“Deporting this family is heartless and a flagrant violation of human rights,” Naureen Shah, senior director of campaigns at Amnesty International USA, said in a statement. “This young mother and child have the right to present their cases to an immigration judge before they are sent back to certain danger. By putting them on a plane, the U.S. government could be sending them to their deaths.”

A handful of other families, some with young children, have been held in the Berks County facility for almost 600 days even though all of the children have been granted SIJ status. Casey has written several letters to the Department of Homeland Security appealing for their release.

Trump has ramped up deportation efforts since taking office. The White House did not immediately respond to HuffPost’s requests for comment.

This story has been updated to include the woman’s name, as well as comment from DHS and ICE. Elise Foley contributed reporting. 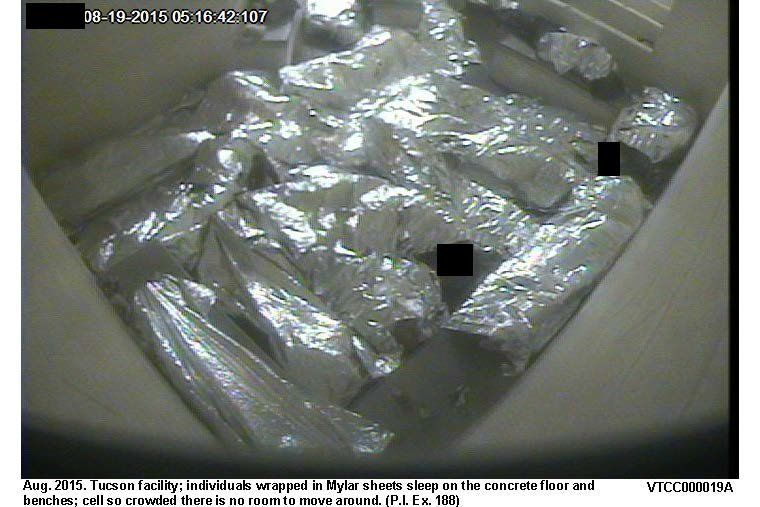