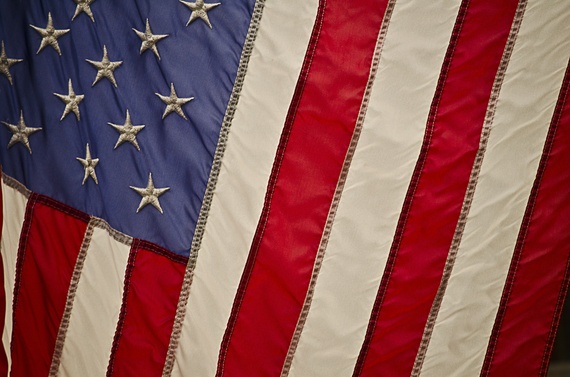 While it's easy to explain Trump's lead as the result of uneducated or xenophobic Americans, the rise of the Donald is just a symptom of the real problem.

All of us left and right have wasted a lot of effort trying to understand American politics circa 2016. There's truth here, if you're willing to look for it. In order to find the truth, the first thing you have to do is dismiss the notion that all the Trump supporters are crazy, stupid, low-information voters. It's hard to do, but do it. I'll wait.

Why are so many Americans supporting Trump? Fear, yes. Anger, also yes. People are really, really mad, and what Trump dares to say validates how they've been feeling in isolation for years. They think, I'm not the only one! Blaming immigrants and Muslims is easy, but sadly, that's not the root cause of their emotions. Let's dig a little deeper.

Why are so many people so mad?

You can argue the truth of each of these statements, and numbers are just a google away, but it's what many people believe. And that's a lot of shit to carry around on tired shoulders.

Smart politicians understand how attitudes drive behaviors (like voting), and this is how Donald Trump has succeeded -- by capturing these feelings in media friendly one-liners like: America's not winning anymore. And, who is to blame, according to Trump? Immigrants, Muslims, trade deals, the establishment, whomever. And who is going to fix it all? Why, Donald of course, by making America (and Mr. and Mrs. Angry) great again.

Whether Donald believes what he says is up for debate, and secondary. Remember: attitudes and beliefs drive behavior, especially in highly emotive states. Not statistics, not policy (are you listening, Hillary?)

In the meantime, Democrats and Republicans like to distract us with arguments that are not related to the real problem. But they SOUND like they are, and for us non-politicians raising families and with shoulders to the grindstone, we don't have a ton of time to dig deeper.

This left/right throwdown that's been happening since Reagan, if not longer, is mostly for show, just like the WWE. Robert Reich explains this better than I, but markets can't exist without government rules and regulations. It's not government vs. the market, it's government setting the rules that guide the market game. You can't play football without rules and referees, you also can't play capitalism without the same.

The rules governing the system need to work for a majority of Americans, not just a few. This isn't an argument for more regulation, or less regulation, but different regulation. I'm not a policy wonk, but I would say the notions of a living wage for an honest day's work, fairness for all parties, people before profits, representation of all voices, security, treating everyone with dignity, no cheating allowed, not screwing people over, and maybe even a little kindness are in order.

Millions of Americans are not mad because of guns or gay marriage, they're mad because they feel like they are falling behind. There is an uprising happening on both the left and the right. The anger is real, and the rules governing the system need to evolve to work for all Americans.

Anger is like a warning sign, a smoke detector telling us that something's not right. Agree with them or not, Trump and Sanders are the ones doing most of the listening. If we don't all start listening, there ain't no fire department in the world that'll be able to douse this inferno.