President Donald Trump’s latest online ads for his reelection campaign feature what’s supposed to look like testimonials from real Americans. But it turns out the people in the ads are stock footage models from overseas.

According to the Popular Info website ― and a HuffPost search of stock footage archives ― videos and stills of the models from the Trump ads are available on the iStockphoto website as well as from other sources that resell such images.

“Tracey from Florida,” shown strolling along what appears to be a Florida beach, said in a voiceover that Trump was doing “a great job” and “I could not ask for a better president of the United States of America.”

But she isn’t Tracey, she’s not from Florida and the voice is unlikely to be hers. The footage is of a stock model who according to the description is “walking during sunset at the beach along the Mediterranean.”

Another featured American ― “Thomas from Washington” ― is this guy, whose image is sold via stock footage in video and stills, in this case as “bearded and tattooed hipster coffee shop owner posing.”

He can run a coffee shop in multiple countries ― images of him are available with a sign on his door in at least six languages but was provided from a stock footage producer in Turkey. CNN discovered that the exterior of his supposed coffee shop was actually stock footage of a storefront in Japan.

“If I did anything remotely like this for any one of my clients I’d be fired,” Democratic ad producer J.J. Balaban told CNN.

The ads do include a disclaimer: The fine-print words “actual testimonial actor portrayal” appear briefly in the spots, although they’re easy to miss.

Popular Info reported that the models in the ads seemed to target groups that Trump struggles to connect with, such as the young woman billed as Tracey from Florida or this man, who seems to be Hispanic and claims to be a “lifelong Democrat” yet supports Trump’s border plan:

However, there is no indication the testimonials were from people in the demographic groups portrayed in the videos.

“As a producer, you want to control — you want people to look a certain way and you want them to sound a certain way,” former cable exec Jay Newell, who teaches advertising at Iowa State University, told The Associated Press. “The fact that the footage is from outside the U.S. makes it that much more embarrassing.” 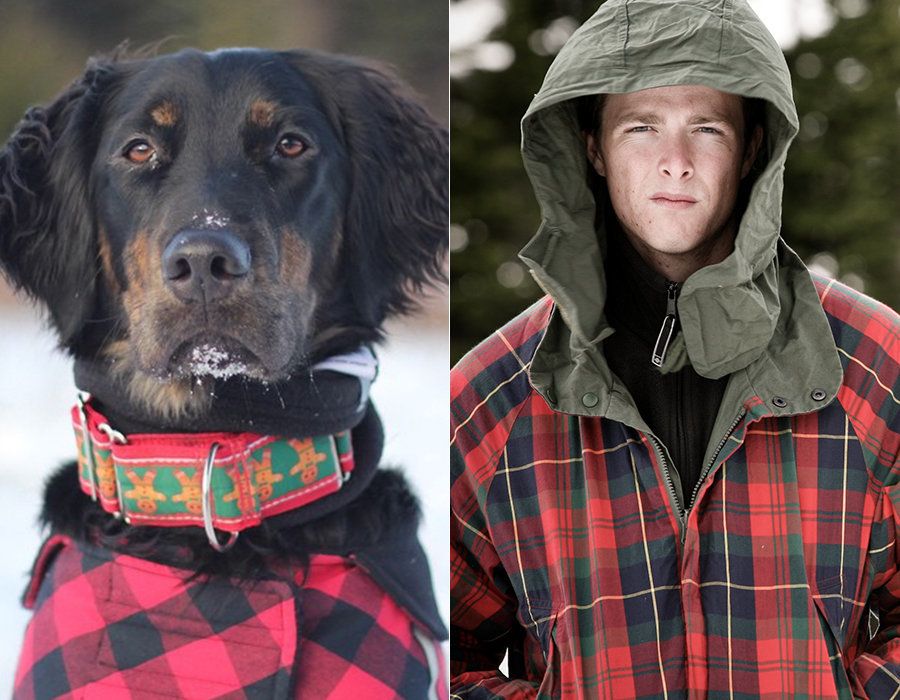 1 / 8
Pensive Look
Paws down, the longing, serious look on the left wins. PLUS, this dog is wearing a collar with tiny gingerbread men, which trumps a hunky male model <em>any</em> day.
ellie_and_finnegan / Instagram / Getty Images