President Donald Trump is known as polarizing, and now so is the menu for his meeting with the Clemson University football team.

The president is celebrating the Tigers’ national championship Monday evening by serving up fast food from some of America’s biggest chains.

“I think we’re going to serve McDonald’s, Wendy’s and Burger Kings with some pizza,” he said of the menu planned for the Monday gathering. “I really mean it. It will be interesting. And I would think that’s their favorite food. So we’ll see what happens. But they’re coming tonight, the national champions, subject to the weather.”

The menu heated up a lot of comments on Twitter. Naturally, some weren’t impressed.

Donald Trump served McDonalds, Burger King and Wendy’s at the White House because he us ghetto AF.

What a complete disgrace to the nation. Can you imagine being invited to the White House and being served McDonalds. What an insult! What a disgrace! pic.twitter.com/jy7yjWc16b

To be correct 300 cold nasty burgers and the first 250 are all Trump's for later.

Bruh, we need to open the government ASAP. Straight dollar menu items being served at the #WhiteHouse. I’ve been saying for the last 2-3 years, no Hollywood script can come close to how entertaining this administration has been. #Trump #Clemson @McDonalds @Wendys @BurgerKing https://t.co/CYw8AKiHLB

Clemson players when they have to sit through a dinner with Trump only to get McDonald's and Wendy's (no disrespect @Wendys) : pic.twitter.com/2Kff6m7S4J

Trump serves Clemson McDonalds. They got dressed up and went to White House and get served fast food. How insulting.#CommanderInCheap pic.twitter.com/XrULRJKsNJ

Some people imagined what was going on behind the scenes.

Others compared the menu to what might have been served during the last administration.

Our president, @realDonaldTrump, is the greatest. He got the Clemson football team McDonald's and Wendys. Obama would have had steamed salmon with a side of asparagus served for them! #MAGA #Clemson pic.twitter.com/cmUF7h0ndT

Everyone upset within Trump serving fast food, but Obama served hot dogs for a Super Bowl Party. It doesn’t matter. I’d eat that shit up lol.

look, is it objectively hilarious that Trump is serving mcdonalds and wendys in the white house? yes but i will not have anyone disparage wendys because it owns

Another person thought Wendy’s had a good reason to clap back at the president.

@Wendys Are you going to drag this chump for not even springing for Baconators next to a stack of quarter pounders? LIGHT HIM UP, RED. pic.twitter.com/eMqo1fwimx

One person suspected that the president got advice on the menu from a previous chief executive.

“Many people say I have the best chefs/staff in the White House, ever, in history. In fact, Abe Lincoln just called me and told me that, and he don’t lie” — President Trump @Wendys pic.twitter.com/CuartZHuva

PHOTO GALLERY
What Does 1,000 Calories Look Like at Different Fast Food Chains?

Twitter Users Can't Agree If Serving Fast Food At The White House Is A Good Thing
What Does 1,000 Calories Look Like at Different Fast Food Chains? 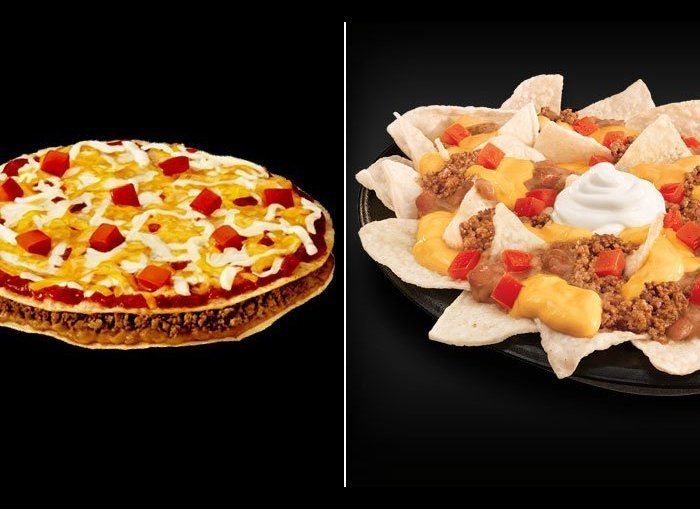 1 / 5
Taco Bell
Want a side of Nachos Supreme with your Mexican Pizza? That’ll run you exactly 1,000 calories. Pick one or the other, or complement one of them with a Fresco Soft Taco, which contains 160 calories or less. <em>Photo Credit: Taco Bell</em> <a href=" http://www.thedailymeal.com/eat/what-does-1000-calories-look-different-fast-food-chains-slideshow?utm_source=huffington%2Bpost&utm_medium=partner&utm_campaign=calories" target="_hplink"><strong>Click Here to See More of What Does 1,000 Calories Look Like at Different Fast Food Chains</strong></a>