When Donald Trump was elected, Saturday Night Live hysterically captured the panic that grips so many Americans with an hysterical skit "The Bubble." Emulating a glossy commercial for a new real estate development, it pictures an urban planned community development inside a literal glass bubble, with brownstones, walkable streets, coffee shops, used bookstores, small farms and so on, where "life can continue for progressive Americans just as before." The only rub: One bedroom apartments start at $1.9 million dollars. 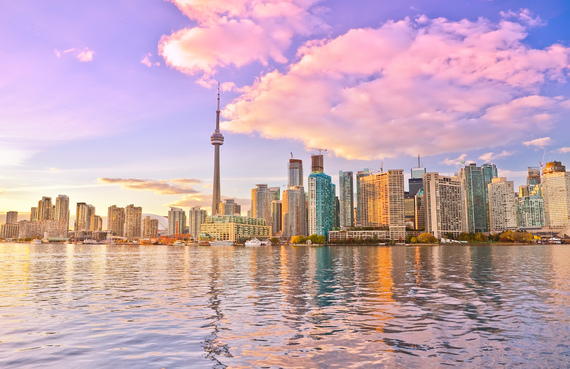 I moved to the city with my wife, Rana almost a decade ago. I came to take the helm of a new institute on urban prosperity at the University of Toronto. We found a home in one of Toronto's great urban neighborhoods about a mile away from the university and a mile and a half from downtown. Trump or not, it's the best decision we ever made.

We live in a great city, with diverse ethnic neighborhoods, great schools, low crime and free healthcare for everyone. We never worry about violence, we walk the streets without concern. There is far less of the day to day anxiety one feels in a U.S. city. People have time for one another. We have made more and better friends here than anywhere else we have lived. Our first daughter was born here and we have another on the way.

The University of Toronto or UofT where I teach, now ranks in the top 25 universities globally and among the top 5 public universities in North America alongside UC-Berkeley, UCLA, Michigan, and the University of Washington. UofT is ranked second only to Harvard in the world for the number of publications and citations in all fields. With more 14,000 faculty, and 60,000 students on its downtown St. George, it's the largest single campus university in the US or Canada. Across the university, there are roughly 165 researchers and professors whose research, teaching and outreach activities span fields like urban planning, geography, sociology, economics and architecture but also engineering, computer science, medicine, public health and more, all working in my field of cities and urbanism.

Peter Ustinov once said Toronto is "New York if it was run by the Swiss." I'm not so sure about that. Toronto was the place that elected Rob Ford, the dysfunctional crack mayor after all. But it is more like a smaller, friendlier New York or London than any other city I have been. It has a local government working to improve the city's resilience, increase cycling infrastructure, build more affordable housing, and create more parks. It is a center of finance, media, entertainment, food and tech. It has an incredible music scene that runs the full gamut of genres and gave rise to Drake, The Weeknd and more. It has a vibrant urban tech cluster of startups and creative enterprises

No one is threatening to keep out immigrants or build a wall. In contrast to Donald Trump's cabinet of plutocrats, Justin Trudeau has created a cabinet that reflects the country's full breadth of ethnic, racial, gender and other diversity.

Sure, just like the SNL's bubble, it's expensive; although one bedroom condos go for more like $400,000 and $1.9 million Canadian gets you a pretty nice house. But so are virtually all great cities.

Back in 2005 in my book Flight of the Creative Class, I warned that there were only two things that could derail America's high-powered innovative economy. The first was its deepening economic divides and political polarization which was splitting the nation in half - divides which have only deepened since then. And the second was a clamp down on immigration which would redirect the foreign-born immigrant talent that flows into its great universities and tech companies. Immigrants were members of the core founding team of anywhere from a third to a half of high-flying Silicon Valley companies, according to various studies.

With Trump in office, Canada will become more and more attractive to global talent. In the mid-2000s, US high tech companies opened laboratories in and around Vancouver to attract foreign talent that was having trouble entering the United States. And no one was building any border walls back then. I am already getting emails from faculty based in the United States looking to visit and spend sabbatical at my university or other Canadian universities. I am already hearing about US tech companies looking for at Toronto as a hedge against Trumpism and potential new restrictions on immigration.

The opening of SNL's goes like this: "The unthinkable has happened .... You could move to Canada but you love your country ..."

As Trumpism deepens, my bubble may be your best bet. 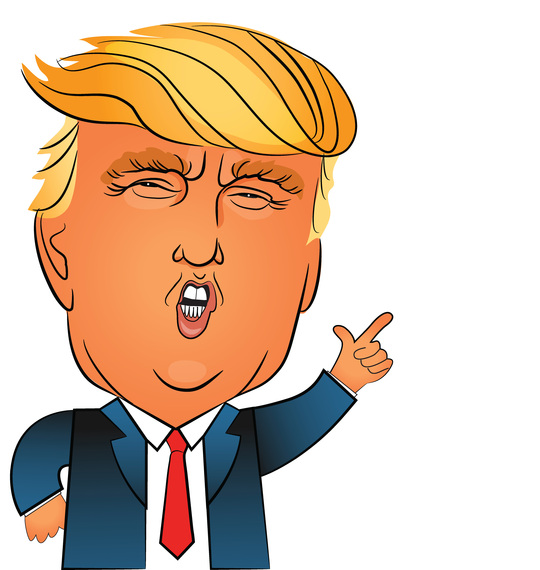 Richard Florida is University Professor and Director of the Martin Prosperity Institute at the University of Toronto's Rotman School of Management and the co-founder and editor-at-large of The Atlantic's CityLab.