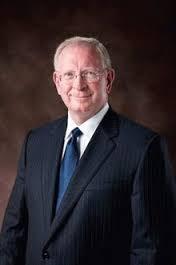 Speaking in a southern drawl from Memphis, TN, Darrell Castle, Presidential nominee for the Constitution Party answered my questions:

JF: Why are you running for POTUS?

DC: I was the Constitution Party's nominee; the party wanted me. That's the obvious reason. But personally, I think that if the country could elect someone like me, the rule of law might possibly be restored. The rule of law is in serious jeopardy. I don't think it's deceased yet; it's very important to me. It is the focal point of what I'm trying to do.

JF: What three things would you do first as POTUS?

DC: First, I would start the process of withdrawing the United States from the United Nations and NATO and explain to the American people why I wanted to do that. (He explains later in this interview.) Number two, withdraw the U.S. from the Federal Reserve or repeal the Federal Reserve Act, which of course Congress would have to do. I'd explain to the American people why that was necessary. And third, start the process of trying to do something about the debt that the country faces so that it would no longer be obligated to its creditors, because I want the country to be free and independent again.

JF: How are you publicizing your campaign?

DC: Just Monday, my campaign sent out 800,000 press releases to news organizations around the country. Of course, we have a website, Internet publicity, things of that nature. But word has gotten around about me on the conservative side of politics and that's where my party is. People who know about us, know about me. The question becomes publicity on the other side. That's where the press releases and more interviews like this one comes in. I did an interview with the Washington Journal with C SPAN a couple of weeks ago that was well-received.

DC: Since the Indiana primary, we have had many, many people contact us, offering to volunteer and telling us they would support us.

JF: How many states are you on the ballot?

DC: Right now, I believe, that it's 19. We're working to get ballot access on the others. Frankly, unless we get some help, there are going to be some states we do not have ballot access in except as a write-in candidate. But we do believe we will have ballot access in enough states to theoretically win the election. In other words, we could generate more than 270 electoral votes if we carried all those states.

JF: How many states have you filed your letter of intent as a write-in?

JF: What is your international experience?

DC: I'm a former Marine officer. I was pretty international in those days. I have the advantage of never having held political office before. I'm not a professional politician, but I have studied foreign policy and talked about it, and it's one of my interests. I have traveled extensively. 18 years ago, I started a foundation in Bucharest, Romania to minister to homeless gypsy children and it's grown into Mia's Children Foundation. We founded that and we still maintain it.

JF: Do you know about the Trans Pacific Partnership?

DC: Yes I do. I'm very much opposed to it. I'm not necessarily opposed to free trade. I don't think the TPP is about free trade. I really don't see any need to turn the trade sovereignty, the authority of the United States over to foreign corporations. I don't like the idea of giving international corporations, never mind foreign governments, them too, but foreign corporations, the right to sue the United States and demand that it change its trade policy. I want the United States to be a free and independent country. If we want to negotiate a deal with Mexico for example that says: you let us ship our goods to Mexico without import duties and we'll do the same for you, I have no problem with that. But that's not what the TPP is about so I'm dead set against it.

JF: You realize that the Investor State Dispute Settlement process is also part of NAFTA; would you repeal NAFTA?

DC: I do realize that, yes. Yes I would repeal NAFTA.

JF: You said you would withdraw from the U.N. and NATO. Please explain why.

DC: When NATO was formed, it has 28 members, the United States was one of those members. When it was formed, I would think there was probably some use for it. We were probably very concerned that Soviet tanks would come rolling across the German frontier at any minute and it was something that was supposed to prevent that. We had just come out of World War II and we encountered a new enemy and that's really not the case anymore. The United States kind of entered into a deal with those other 27 countries, and that is, you won't have to provide your own defense, we'll do that for you. In return, you can use your entire GDP to advance your economies and fund your welfare states. And the United States can't afford it anymore. It's becoming a little too belligerent. Promises were made between President Reagan and President Gorbechev that NATO would not advance to the edge of the Soviet Union or the old Soviet Union, if the wall would come down. Then the European Union would not swallow up those states and NATO would not be right at the edge of Russia. Unfortunately, those promises were not kept. So I think that organization has outlived its usefulness and does more harm than good. As far as the U.N. goes, as I stated earlier, I want the United States to be a free and independent country, able to make its own decisions in the world. I don't want it to be isolated, that's usually the charge you get when you talk about things like this. But [the U.N.] is the center of many of things in the world that I don't like. It's the center of depopulation and it's the center of the destruction of sovereignty of nations. It's the center of this new global world that we seem to be building. For example, Mr. Trump says he wants to build a wall on the southern border supposedly to prevent immigrants from entering the United States illegally, but the same time he's talking about that, the United States government is building a digital wall, an electronic wall around the entire world so that it can observe every human being on earth, 24/7, no matter where they go. I would like to start the process of taking that whole system apart.

JF: That would be quite a task.

DC: It would, but what better task for the President of the United States to engage himself in?

DC: I think that the United States should start trying desperately to produce its own energy. We're doing that to some extent. We say we're not going to, we don't want to develop our own energy. We don't like fracking and we don't like the Keystone pipeline but we don't mind doing it in other countries. In other words, if we buy our energy from Saudi Arabia, we don't really care what happens to their environment. It's kind of a silly argument to me; it's something that has to be done. It causes a lot of violence in the world when we don't produce our own energy because we have to humble ourselves. Saudi Arabia, one of the most oppressive regimes in the world according to our friends at the U.N., they beheaded 150 people last year, we have to go to those people and do deals with them as the President just did when he flew over there when they were all upset about the 28 missing pages from the 9/11 Commission Report. He told them that we would guarantee their security, them and the other Gulf monarchies. I'm completely flabbergasted and opposed to that sort of thing, and if we produced our own energy, we wouldn't have to do it.

JF: What type of energy would you be going after; what sources?

DC: We could produce our own oil, and what we can't produce, we can buy from friendly countries like Canada. And if there's green energy available to be produced, I mean, there's technologies out there that I don't have the technical experience to understand. I think there's new technologies. I would start with trying to develop our own petroleum energy and see where that took me.

JF: What would you do if or when the derivatives bubble burst?

DC: That's a good question. It sounds kind of terrible, but probably nothing. In other words, I think what we did in 2008 was a horrible mistake. What we got out of it was 20 trillion dollars in debt. My philosophy, my set of principles is: let failing companies fail. There's no such thing as "too big to fail". Let them fail; that's creative destruction. Newer faster banks will come along, younger banks. And they'll stop doing this. As a result, the system is flushed, cleaned out. If you don't do that, if you keep doubling down and compounding the debt and giving these people a license to say "look, this is a pretty good business you're in because if you get to make a profit, you keep it, but if you don't, the taxpayers will come along and bail you out." That needs to stop and these companies need to start operating on a real, genuine free market system where there's no one there to catch them when they fall.

JF: Do you think the derivatives market should be regulated again?

DC: Yes. I think there are far too many regulations and some of them should be stripped away from American business so that they can hire people again, but at this point, I don't see any way to avoid regulating it, yes.

JF: That's why it's getting out of hand; there's absolutely no oversight.

DC: That, plus the fact that we're there with taxpayer money to catch them when they implode.

DC: I've met a lot of them recently. You're absolutely right. They talk to either me or whoever the Libertarian candidate will be and they want to know what the differences are.

JF: What are the main differences between you and the Libertarians? That you don't believe in legalizing drugs?

DC: The Constitution party's official position is we don't believe in legalizing drugs, you're right. But me personally, I have said all along that I am an advocate of decriminalizing possession. I think it's a liberty issue and a moral issue. We should not be putting people in prison for possessing these things. There are other ways of handling it and it's causing the whole war on drugs to be a disaster. We differ on the subject of abortion. Our party is firmly against it. Their probable candidate, Gary Johnson, has said that he's in favor of it. Most of the time, Libertarians take an open borders position and I don't. I take a secure borders position.