Hurricane Florence has resulted in at least 37 deaths in three states, but President Donald Trump seems to want survivors to look on the bright side.

An exchange Trump reportedly had on Wednesday during a visit to New Bern, North Carolina, is making the rounds on Twitter, with users accusing the president of being insensitive amid disaster relief efforts.

Trump was apparently talking to an older man whose home had been damaged after a large yacht had washed ashore and was shipwrecked against the wooden deck of his porch.

According to the White House pool report from New York Times journalist Mark Landler, Trump gazed at the yacht, saying, “Is this your boat?”

When the owner said no, Trump reportedly turned and replied with a smile, “At least you got a nice boat out of the deal.”

Trump to a homeowner in New Bern, NC, who had a yacht wash up in his backyard: “At least you got a nice boat out of the deal.” pic.twitter.com/twtT3it8ul

Trump’s peppy mood in the face of, well, a disaster wasn’t just a one-off.

Earlier in the day, Trump was handing out meals to hurricane victims and told one person in a car, “Have a good time” as if they were going to an entertainment outing.

“Have a good time” seems to be Trump’s hurricane catchphrase. He told Hurricane Harvey victims in Houston the same thing last year.

PHOTO GALLERY
Hurricane Florence From Above 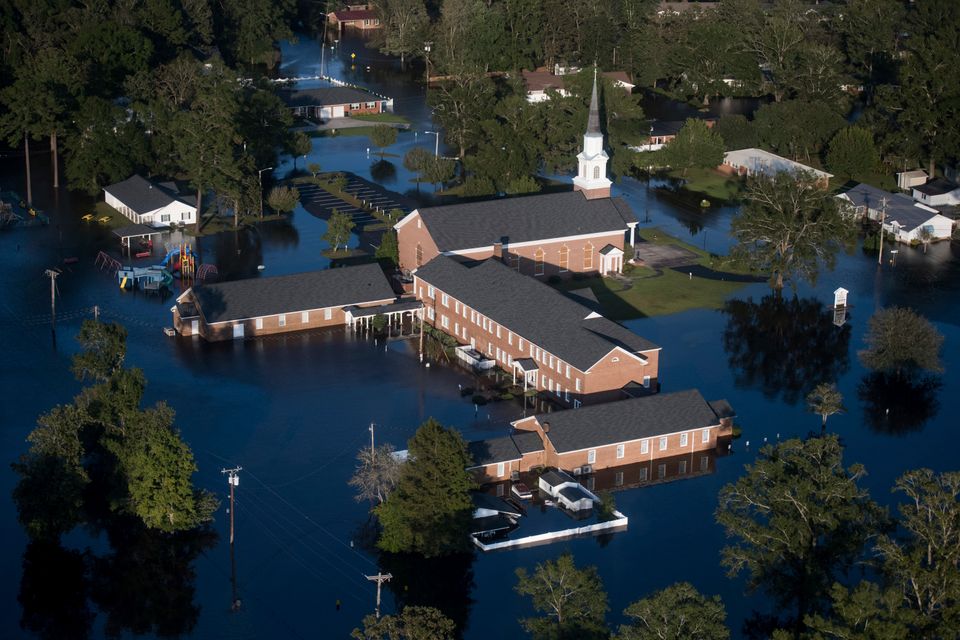