The taxi driver taking me from Claremont an hour north of Los Angeles all the way down to Westwood near UCLA is ex-Navy. After 20 years of service and in addition to a good pension and healthcare plan, he tells me, he "proudly' also received a free education (which isn't exactly taken for granted here). He says he is an American who sometimes feels marginalized, being of Mexican and Native American descent. I had pegged him as a potential supporter of the Democratic socialist Bernie Sanders. However, as the highway expands dramatically and becomes jammed with a seemingly endless number of cars, he starts talking about business and the two houses he owns and rents out in Los Angeles.

When I ask him about Donald Trump, his enthusiasm for this political phenomenon and media juggler becomes evident. "A lot of his ideas are unrealistic" and anyways, "it is impossible to talk about a single American 'ethnicity.' "However," the taxi driver asserts, "he has the courage to talk about things that other people are afraid to say." He adds that since the US (evidently) still has not fully recovered from the economic crisis "perhaps the time has come for someone to run this country like a business, and Trump is a great businessman." When I tell him about another successful businessman, Silvio Berlusconi, he gives me a look that is both confused and skeptical. 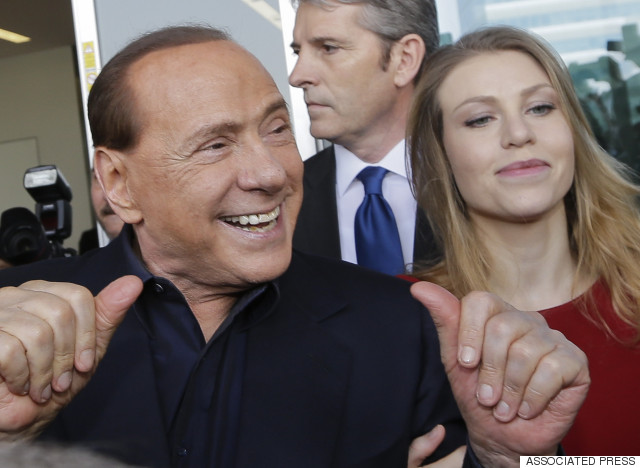 The New York billionaire is the incarnation of a recurring theme in both American and world history. Some of the Republicans themselves are watching his advance through the primaries nervously. "Welcome to Donald Trump's America" writes Peter Wehner in his March 20th piece for The New York Times. An old-time Republican and analyst at the Ethics and Public Policy Center, Wehner recalls how the organizational principle behind the Republican Party's campaign became "an encouragement to political violence," referencing several episodes that have occurred over the past few months. In his view, Trump is exactly the kind of man the Founding Fathers hoped would never materialize in America. The popular conservative commentator Jonah Goldberg has just launched a blog for the Los Angeles Times where he asks his readers for advice on preventing the business magnate from becoming president and thus "destroying the Republican party."

Naturally, the concern over Trump extends into nearly every aspect of society. You can't talk about Europe and the rise of right-wing parties and nationalism without hearing a reference to Trump. "What is happening in America and what should we do about it?" one of my colleagues asked during lunch on the University of Southern California campus. Wehner notes that the presidential candidate is an effective communicator in the context of "a political culture that is now almost indistinguishable from the reality TV culture from which he emerged." This makes him comparable to the Berlusconi phenomenon, and we can only hope that in years to come the culture of our politics (and television) will be different than it is now.

An April 6 article from the New York Times clumsily compares Trump and his "economic populism" to the "nationalistic behavior of those on the European right such as Silvio Berlusconi." The reality is however much more complex; this current social and political phase is the result of long-term, ongoing changes throughout western (and world) history. "But perhaps the most striking feature of the past 25 years" writes historian Peter Frankopan for the Financial Times, "is the retreat of liberal democracy."

We live in a time that is characterized chiefly by uncertainty, and in this growing uncertainty Trump is the perfect spokesperson for expressing the ideas of the "old Europe" right, much like Geert Wilder, Marine Le Pen, Matteo Salvini and Norbert Hofer.

Today, in the Western World there is also a marked distrust of the elite and traditional political parties. During the Republican primaries in Pennsylvania, one of the voters stated outright that she was "sick of the few telling the many of us what to do." This is quite different from the anti-elite sentiment characterized by another outside candidate, Bernie Sanders, who rails against Wall Street and the "1%" that controls all of the wealth. This varying sentiment is one of the driving forces behind votes for the French National Front and similar right-wing political parties throughout Europe. The uneducated white members of the working-class on both sides of the Atlantic are angry, tired and likely worried about globalization, delocalization, immigration, and unemployment, while the middle class is becoming poorer thanks to the weak economy and concentration of wealth in the hands of the few. The hard data reveals how Trump lost by a big margin in states where the working class had higher-than-average levels of education. To this disillusioned group, the demagogues of modern nationalism are offering redistribution, welfare, the expulsion of immigrants and easy solutions to thousands of other problems.

During times such as these it seems almost natural to withdraw into oneself. The base of voters that is helping to reinforce a return to nation-states (that are often based on ethnicity) and micro-communities is having a presumed golden age thanks to their unconditional adherence to the politics of a charismatic leader; something which never fails to recall the moral and national decline brought about by the golden age of fascism.

In other words, although the familiarity of routine is always reassuring, it seems at times that there is a storm raging. It is worse when you try and find an enemy, home-grown or foreign, real or imagined, on whom you can blame for this tempest and its consequences, as well as the suffering of nations. Today Muslims, Syrian refugees, immigrants and Mexicans fill this role. We are all too aware what these fears brought about in Europe only too recently. Voters would do well to remember it in America too.