WASHINGTON ― President-elect Donald Trump is just starting to arrange the team that will advise him and implement his policy agenda. But the list of names that have been floated to fill the top job at the Interior Department includes many people who would slash environmental regulations.

David Bernhardt, who served as the Interior Department solicitor in the George W. Bush administration and is now a lobbyist in the natural resources sector, is leading Trump’s transition work for the department.

“That’s a big-oil wish-list right there,” said Athan Manuel, director of public lands at the Sierra Club. “Our biggest concern is that he would unleash more oil drilling, fracking, coal mining all over our federal lands. It would be greasing the skids if he picked someone from that list.”

Some on the list come directly from the oil and gas industry, which they would then be in charge of regulating. Others are from states with major oil and gas production, including Oklahoma and Alaska. Palin, of course, is well known for helping popularize the phrase “Drill, baby, drill!”

It’s still early in the transition, of course, and a lot of other names have been floated for the position. But many of them have a record of promoting more development and less regulation.

The Department of Interior often gets overlooked, despite the fact that it controls 500 million acres of land ― or 20 percent of the U.S. landmass. It oversees a lot of oil, gas and coal development, both onshore and offshore. On the campaign trail, Trump offered very few policy specifics when it came to energy issues, other than to say that he strongly supported increasing the development of oil, coal and natural gas in the United States. Much of the leasing and regulatory work on those issues falls to the Interior Department.

The agency controls the outer continental shelf, a flashpoint in the battle between the fishing and tourism industries and offshore energy developers, particularly after the 2010 BP oil spill in the Gulf of Mexico. Earlier this year, Obama put oil drilling off the Atlantic Coast on pause and halted new coal leases on public lands ― moves his successor seems likely to overturn.

The department also oversees the protection of endangered species, the number of which is likely to increase in the coming decade as climate change hastens the first mass extinction since the demise of dinosaurs.

The next interior secretary will also decide whether to restart drilling in Arctic waters or open up drilling in the Arctic National Wildlife Refuge. Environmental groups shut down President George W. Bush’s attempts to allow drilling in the ANWR in 2001.

Some conservatives advise not going after those areas first, since drilling there would inevitably draw major backlash. “Instead of going after the most controversial piece of ground in the nation, Bush should have ― and Trump should ― start with opening less controversial areas to show that oil development is compatible with wildlife and other resources,” Randal O’Toole, an analyst at the libertarian think tank Cato Institute, wrote in a blog post on Monday.

One other area that the interior secretary oversees is the National Park System. This is one issue where Trump has shown some willingness to buck the Republican Party. The GOP platform called for turning over some public lands to states, which could then do whatever they want with them. But Trump and his campaign advisers have said he doesn’t support that. “I want to keep the lands great,” Trump told Field & Stream magazine in January.

Manuel called that a “glimmer of hope.” He also posited that Trump might include more funding for park improvements in his proposal for major infrastructure investment ― which might help the parks dig out of their $12 billion backlog.

But given all the things in Trump’s plans that aren’t good for the environment, that’s not a very bright glimmer.

CORRECTION: An earlier version of this article misstated the total cost of the parks’ maintenance backlog. 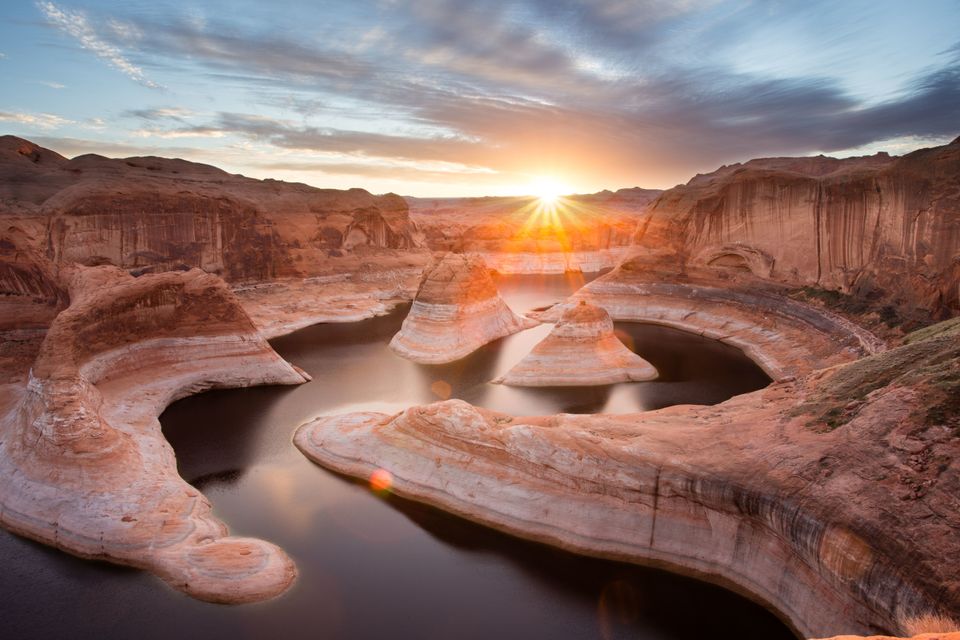