So, when this banner ad from the Trump campaign popped up on my computer this morning, I knew there was something oddly familiar about the pose.

Then it hit me! Here's a quick search of Lenin images:

It seems appropriate. Trump is already an enthusiastic fan of one Russian dictator named Vladimir; why not another?

This pose - the strong man pointing into our glorious future! - is favored by lots of megalomaniacs. And it's easy to imagine Trump being a similar sort of self-aggrandizing ruler, the kind that erects statues of himself in public squares, where he can perpetually inspire and surveil his subjects.

Given Trump's tastes, perhaps he envisions statues of gold, like this one of Turkmenistan's dictator, Sapamurat Niyazov. (Alas, no pointed finger here - did Niyazov not get the memo?!) 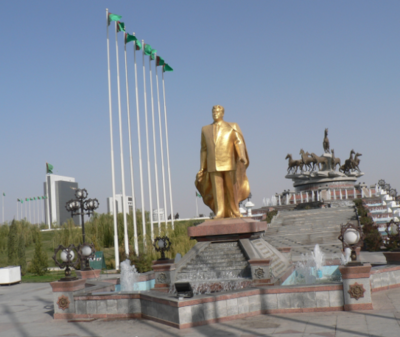 Of course, these are also the kinds of statues that tend to be torn down in revolutions, as the previously inspired and surveilled subjects gather around to dance and cheer. 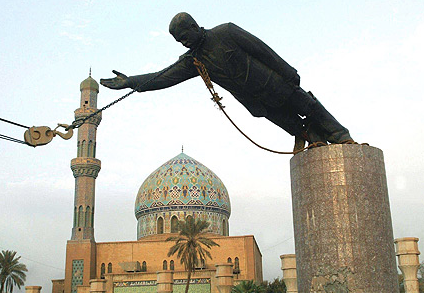 But let's hope it doesn't come to that. Let's hope that, despite Trump's affinity for heroic poses, future generations will remember him instead for this less heroic though far more fitting statue recently (and non-violently) removed from Union Square in New York City.