Donald Trump continues to make the health of the presidential candidates an issue.

I think that both candidates, Crooked Hillary and myself, should release detailed medical records. I have no problem in doing so! Hillary?

I find this ironic considering the letter Mrs. Clinton produced makes Trump's look like it was written in crayon. Then again, writing a letter like this takes longer than five minutes.

So what of Trump's claim that he is healthier?

There is actually some information in the two letters that we can use to compare Trump with Clinton health-wise. For example, both candidates are non-smokers. Dr. Bardack informs us that Mrs. Clinton is up to date on her "routine health maintenance" and mentions the specific cancer screening tests that have been performed. Dr. Bornstein writes a more vague "recent complete medical examination" about Trump, so we don't actually know if he has had a routine colonoscopy. Trump has low PSA (it's quite low, read more here if you are interested in the possible reasons/explanations).

If both candidates have completed all their required health screening (a leap with Trump's letter as the specifics are spelled out in Clinton's and not in his) and are non-smokers, then cancer-wise they are on a relatively even playing field. However, they are not when it comes to their risk of heart attack. Trump's doctor doesn't provide quite enough information (on purpose or just a rushed omission -- we may never know) for comparison, but we can make an educated guess.

To compare the two candidates and their risk for heart attack, I plugged their information into a risk calculator provided by the National Heart, Lung and Blood Institute. We need age, gender, systolic blood pressure, smoking status, if they are taking a medication for blood pressure, as well as total and HDL cholesterol. Trump's letter does not include cholesterol levels. For Trump, I did the calculations using the same cholesterol and HDL as Clinton as well a second calculation using significantly better values than Mrs. Clinton just in case his levels are better. As Trump is on a statin (a cholesterol medication) and professes his love for Kentucky Fried chicken, a significantly better cholesterol than Clinton is probably less likely. If he released this information we could, of course, better compare the two for heart attack risk. 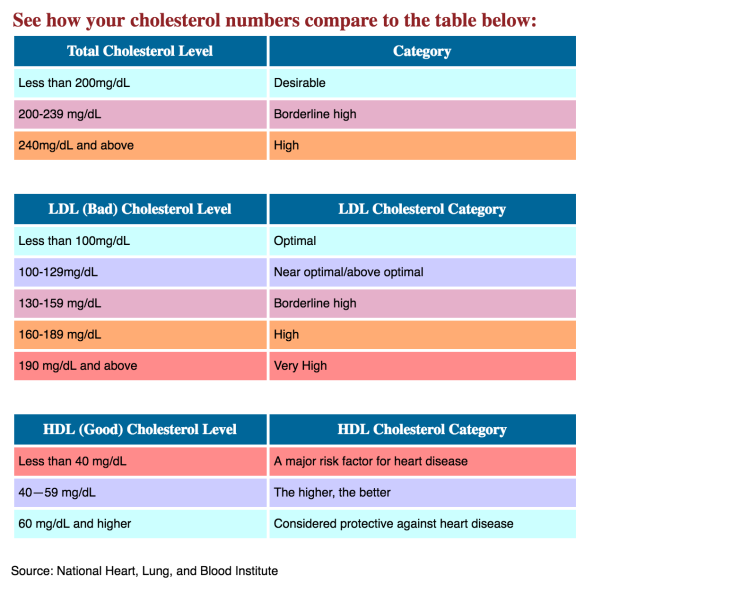 Mrs. Clinton has a 1 percent chance of having a heart attack in the next 10 years. Trump's risk is at least 7 percent, but possibly 9 percent or even greater. This is much greater than Clinton's.

Based on the available information ,Donald Trump is more likely to have a heart attack in the next 10 years compared to Mrs. Clinton.