With Donald Trump as the nominee, Republicans are highly certain to win the presidential election on November 8, 2016. Trump will defeat Hillary Clinton with 87 percent certainty, and Bernie Sanders with 99 percent.

These forecasts come from the PRIMARY MODEL.
It is a statistical model that relies on presidential primaries and an election cycle as predictors of the vote in the general election.

Early primaries are a leading indicator of electoral victory in November. Trump won the Republican primaries in both New Hampshire and the South Carolina while Hillary Clinton and Bernie Sanders split the Democratic primaries in those states.

What favors the GOP in 2016 as well, no matter if Trump is the nominee or any other Republican, is a cycle of presidential elections. After two terms of Democrat Barack Obama in the White House the electoral pendulum is poised to swing to the GOP this year. This cycle, which is illustrated with elections since 1960, goes back a long way to 1828. 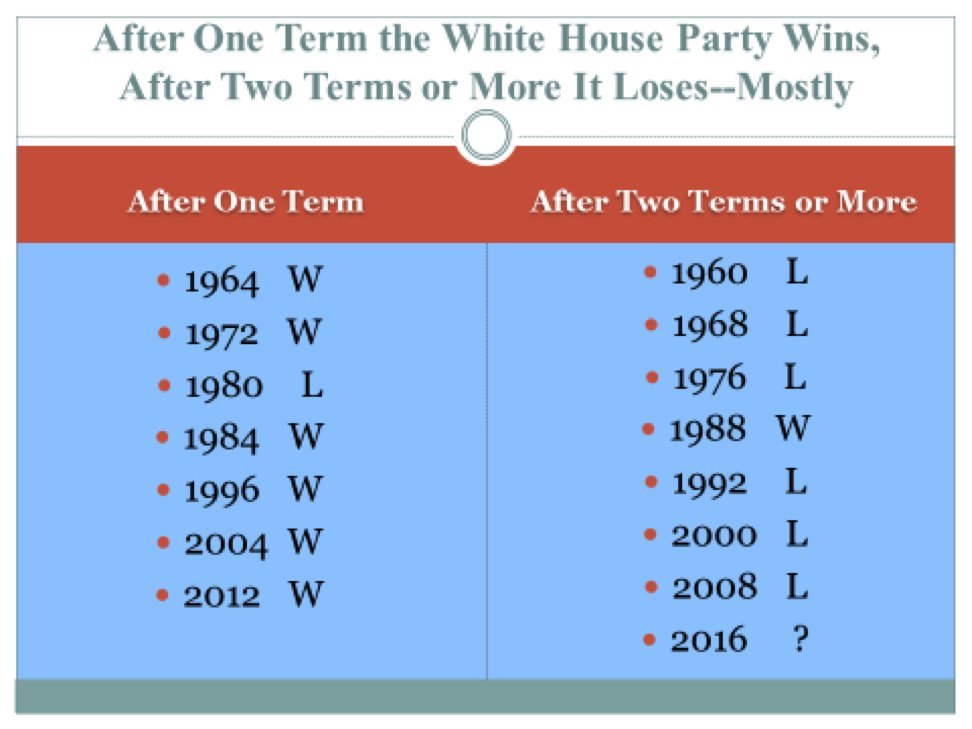 In a match-up between the Republican primary winner and each of the Democratic contenders, the model predicts Donald Trump would defeat Hillary Clinton by 52.5 percent to 47.5 percent of the two-party vote. The model says he would defeat Bernie Sanders by 57.7 percent to 42.3 percent.

For the record, the PRIMARY MODEL, with slight modifications, has correctly predicted the winner of the popular vote in all five presidential elections since it was introduced in 1996. In recent elections the forecast has been issued as early as January of the election year. 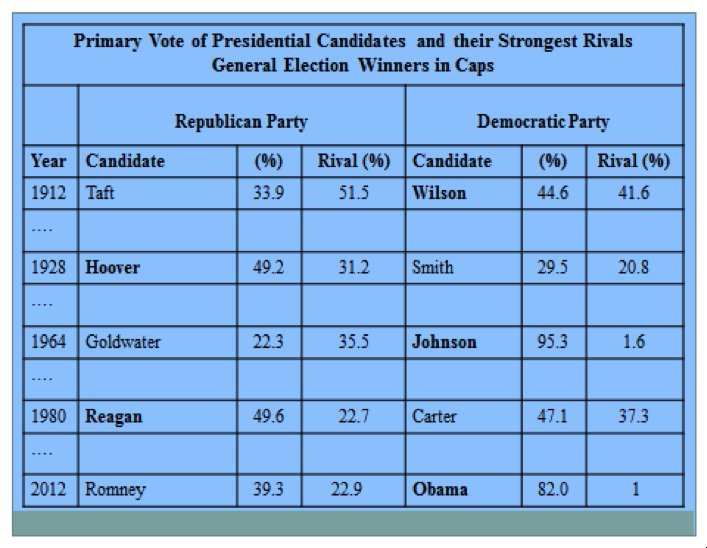 For elections prior to 1952 all primaries were included. Beginning in 1952, only the New Hampshire Primary has been used, as a rule. South Carolina has been added to gauge primary performance this year. Hillary Clinton enjoys strong support in a large group of voters, African-Americans, who are few in numbers in New Hampshire. Her combined performance in New Hampshire and South Carolina gives her a higher primary score than Sanders. As a result, in the general election Clinton fares less badly against Trump than does Sanders.

An earlier forecast, which garnered much notoriety, predicted a Trump victory over Clinton with 97 percent certainty. That prediction was made before the Democratic primary in South Carolina was held and relied on polling reports for that state. Clinton wound up beating Sanders by a much bigger margin than was indicated by pre-primary polls. Still, the model says it is 87 percent certain that Trump will defeat Clinton in November.

It is possible, of course, that the Republican Party will not nominate Trump as its presidential candidate. If the nomination were to go to Marco Rubio instead the PRIMARY MODEL would predict:

The model is 86 percent certain that Hillary Clinton will defeat Marco Rubio. Clinton would get 52.4 percent and Rubio 47.6 percent of the two party vote.

According to the model, Ted Cruz or any other candidate (except Trump) would fare the same way against Clinton.

In the event that the Democrats nominate Bernie Sanders instead of Hillary Clinton, while the GOP nominates Marco Rubio, the PRIMARY MODEL would predict:

The model is 89 percent certain that Marco Rubio will defeat Bernie Sanders. Rubio will get 52.8 percent and Sanders 47.2 percent of the two party vote.

According to the model, Ted Cruz or any other candidate (except Trump) would fare the same way against Sanders.