“I think I’m going to get a Nobel Prize for a lot of things, if they gave it out fairly, which they don’t,” he told reporters on Monday while meeting with Pakistani Prime Minister Imran Khan at the United Nations.

The president couldn’t help but compare himself to his predecessor Barack Obama, who was somewhat of a surprise winner in 2009 during his first year as president.

“They gave one to Obama immediately upon his ascent to the presidency, and he had no idea why he got it,” Trump said. “You know what? That was the only thing I agreed with him on.”

Trump has long coveted the award, which has previously been bestowed upon presidents Theodore Roosevelt, Woodrow Wilson and Jimmy Carter.

Although Trump has been nominated twice for the award, the Norwegian Nobel Committee said the nominations were forged.

Earlier this year, the president claimed that Japanese Prime Minister Shinzo Abe nominated him for the Nobel, but those reports were never confirmed by Japanese officials.

As you might expect, many Twitter users tried to gently explain to the president why he shouldn’t expect a phone call from Oslo in October, when the committee announces the winner of the peace prize.

They don't give a Nobel Prize for tweeting.

There's no #NobelPrize for being a putz?

@realDonaldTrump the Nobel Prize isn’t necessarily rigged against you, it’s just rigged against people who don’t do anything to deserving such an honor, like you.

Trump is mad they don't have a Nobel Prize for Narcissism: https://t.co/TxCXKYveJd

Someone should tell Trump there is no Nobel Prize for whining.

Clarification: The date of the “phone call” has been amended to reflect that the Nobel Peace Prize committee announces the laureate in October but holds the formal award ceremony on Dec. 10, as originally stated. 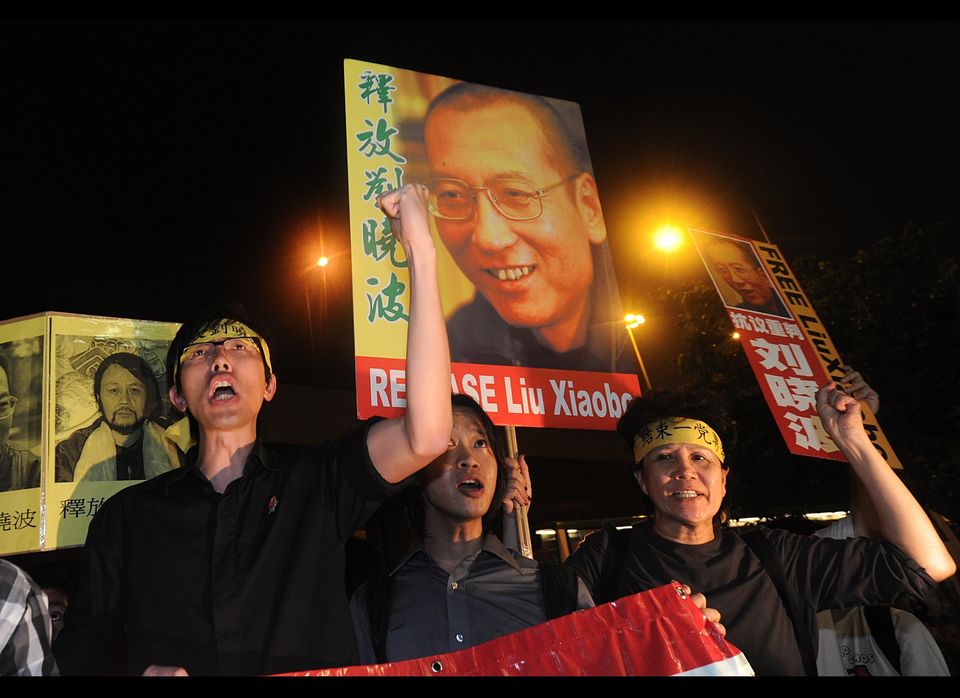 1 / 11
2010: Liu Xiaobo
Jailed Chinese dissident Liu Xiaobo was awarded the 2010 prize for "his long and non-violent struggle for fundamental human rights in China," yet will likely not be able to accept the prize as he remains behind bars. The Chinese government has also reportedly blocked all members of Xiaobo's family from attending the ceremony in Oslo.
Getty