The terrorist came into our country through what is called the "Diversity Visa Lottery Program," a Chuck Schumer beauty. I want merit based.

We are fighting hard for Merit Based immigration, no more Democrat Lottery Systems. We must get MUCH tougher (and smarter). @foxandfriends

Trump’s tweets ― which appeared to reference a segment on “Fox & Friends” that aired just 20 minutes before, featuring his former adviser Sebastian Gorka ― follow a pattern of him calling for political solutions in response to terrorist attacks, particularly those committed by Muslims.

Press secretary Sarah Huckabee Sanders claimed it was necessary to “know all of the facts” before bringing up policy — despite all the times the president has hastily proposed policy changes in the wake of attacks, sometimes without waiting for details.

Schumer alluded to that hypocrisy in his response to Trump’s tweets Wednesday morning.

I guess it's not too soon to politicize a tragedy.

Hours after the attack, Trump on Tuesday evening called on his administration “to step up our already Extreme Vetting Program,” referring to the travel ban targeting a number of Muslim-majority countries. However, that ban does not apply to Uzbekistan, the country from which the suspect emigrated.

I have just ordered Homeland Security to step up our already Extreme Vetting Program. Being politically correct is fine, but not for this!

Following several attacks in London earlier this year, Trump immediately promoted the travel ban and launched into a feud with the city’s mayor, Sadiq Khan, who is Muslim.

He has responded in a similar fashion to a litany of other attacks, quickly declaring a link to “radical Islamic terrorism,” sometimes before it was clear whether the assailant actually had ties to extremist groups.

But after this summer’s violence in Charlottesville, Virginia ― where 32-year-old Heather Heyer was killed in a vehicular attack while protesting white supremacism ― Trump was reluctant to condemn the white nationalists and neo-Nazi groups who’d gathered in the city with torches, instead blaming “both sides.”

When asked why he took days to issue a firm denunciation (which he later walked back), Trump said: “I don’t want to go quickly and just make a statement for the sake of making a political statement. I want to know the facts.” 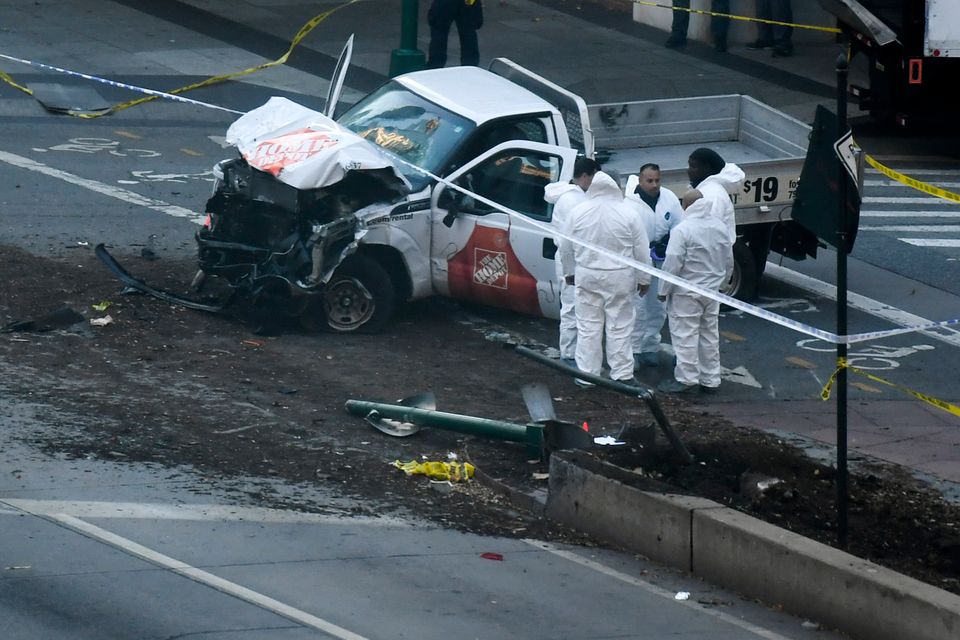